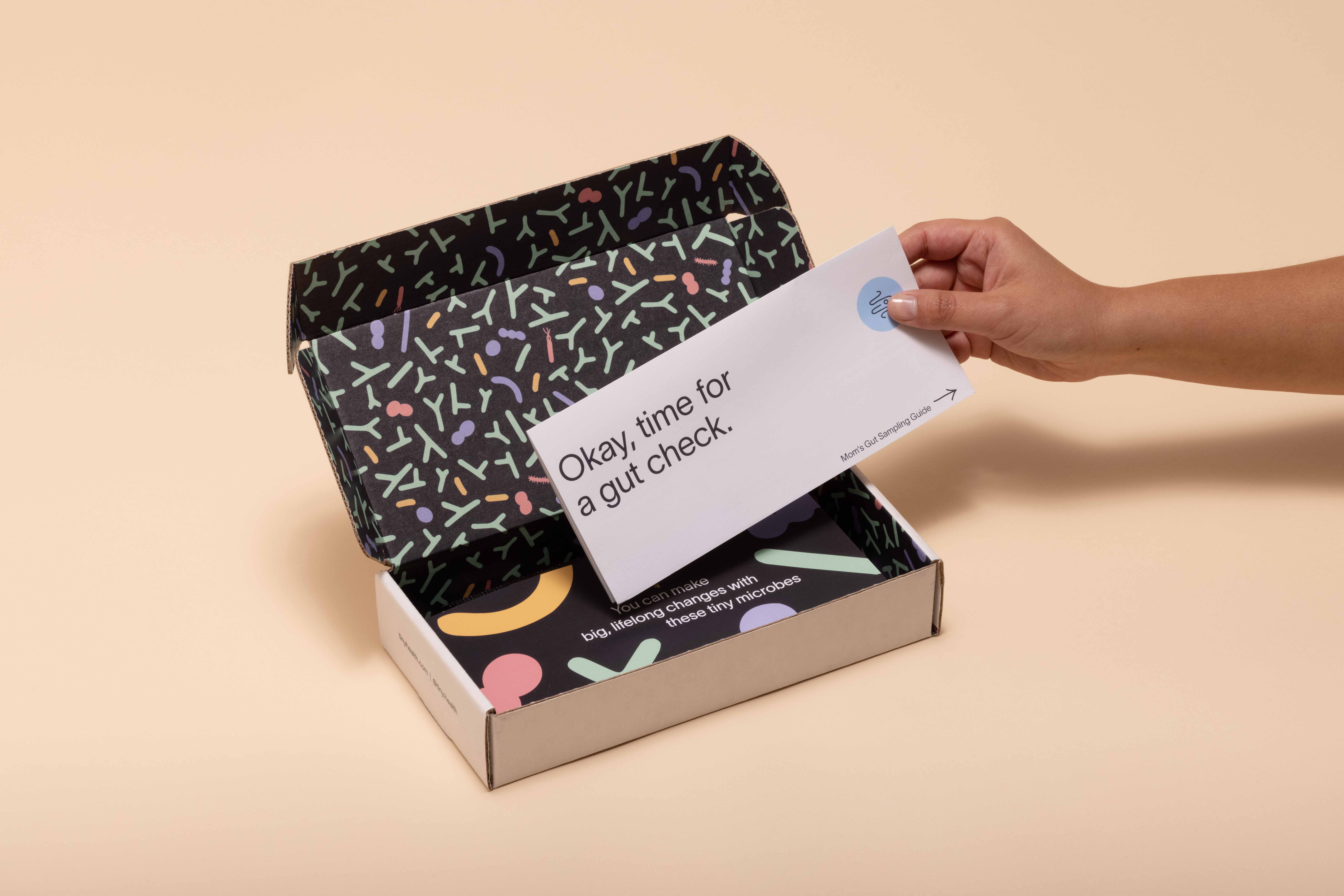 A person's microbiome is a community of 38 trillion tiny microbes, including bacteria, yeast or fungi, viruses, and archaea, that play an essential role in their immune system, digestion and overall health. As much as 80% of a person's immune system is located in gut tissue and senses the beneficial or unfriendly bacteria that is present.

For babies, this immune development is programmed in their first 1,000 days and can be used to indicate a number of chronic conditions they may experience later in life; yet, there currently is no regular microbiome screening when someone gets pregnant, or when a baby is born.

That is why Cheryl Sew Hoy founded Tiny Health, developer of an at-home gut test for babies and moms, which just raised a $4.5 million round of funding.

After giving birth to her first baby via C-section, Sew Hoy learned that C-section born babies are missing essential gut bacteria that lays the foundation for a child’s lifelong health. Through her own research, she also learned that a baby receives their microbiome from the mother via the vaginal tract, so a C-section birth or antibiotics in early life may disrupt this initial seeding process and, therefore, a baby's microbiome development.

When she tried to find a gut test that could help her to monitor her gut microbiome over time,  it didn’t exist; all the other gut tests are based on adult reference ranges, which is entirely inaccurate for babies.

"Having the right balance of specific beneficial bacteria is especially important in this critical window and sets up their lifelong health. Studies have shown that addressing gut imbalances early in life may help reduce risks of chronic conditions like eczema, allergies and asthma," she said.

"The good news is that I found scientific literature that showed there is a path to restoring a baby’s microbiome and removing the 'C-section signature' by 1 year of age, hence significantly reducing risk of asthma. So, I did all those things to try to restore my baby’s gut health."

Tiny Health works by sending customers a non-invasive, at-home test kit with simple instructions for a stool sample. The test takes no more than five minutes; since parents are changing diapers frequently, they can take a sample directly from a soiled diaper, or soiled tissue if sampling an older child, using its stool swab, which is similar to a Q-tip but with a desiccant agent to preserve the sample. Customers then put the sample in a prepaid envelope and drop it at the nearest USPS mailbox to be sent to Tiny Health's lab for the analysis.

After the analysis is done, Tiny Health sends the customer a report that comes with personalized evidence-based recommendations based on nutrition and diet, supplements and lifestyle modifications that parents can adopt, such as not feeding a baby infant probiotics, picking a daycare that is more nature-based, or only using antibiotics if absolutely necessary.

"The earlier we manage to detect gut imbalances in the baby, the better the chances of restoring the deficient beneficial bacteria. Because the literature points to certain missing bacteria being associated with a lot of chronic conditions, making sure your baby has the right levels may significantly lower their risk of developing them," said Sew Hoy.

This week, the company launched its first Research Edition gut test, which is an IRB-approved study to investigate childhood allergies. Tiny Health also has a Pregnancy Gut and Vaginal Test that shows microbiome biomarkers for Gestational Diabetes, Preterm labor, recurring UTI, IBD, IBS, and other conditions.

"We can show associations between your baby’s gut microbiome and the likelihood of these conditions developing. Tiny Health’s microbial biomarkers are developed from very rigorous research reviews. We only show these biomarkers if your child is within the age ranges that were found in scientific literature," Sew Hoy explained.

"It is important to note that not everyone with biomarkers will have that condition, and everyone with a condition may not have the biomarkers. Beyond the gut, there are a lot of other factors that also contribute to these conditions. Like genetics, lifestyle, and environmental exposures."

Going forward, the company plans to launch its next set of microbiome biomarkers for Type 1 Diabetes, Celiac Disease, Gluten Intolerance, and other autoimmune and behavioral disorders.

Since launching seven months ago, Tiny Health has been growing 45% month-over-month, with most families buying an average of two tests; 35% of its current sales are recurring customers. In terms of ROI, so far, 68% of babies saw an improvement in their key gut health metrics in the follow-up sample after implementing Tiny's recommendations.

"A lot of parents have given us raving testimonials that they get a lot of valuable information about their child’s gut health, and very actionable recommendations," Sew Hoy said.

"One of the biggest feedback is that Tiny Health is fulfilling a big gap for babies and children from a gut health perspective because most conventional physicians aren’t currently trained in prevention, nutrition or solving chronic conditions from the root cause - which often stems in the gut."

In addition to parents using its test, the company has also begun to see demand from functional and integrative medicine practitioners who use gut tests on their patients, as all the gut tests currently in the market are using only adult reference ranges, which are not accurate for children, or they’re using an older sequencing technology that Sew Hoy says is not as comprehensive as Tiny Health’s technology.

Ultimately, Tiny Health’s mission is to improve the health outcomes of children by empowering families with evidence-based gut microbiome insights.

"Given that there’s an alarming rate of kids with at least one chronic health condition these days (40% of children, according to CDC, and this number is rising), I decided to develop the test to help parents understand and address the root cause of their babies’ symptoms such as colic, sleep issues, gassiness, eczema, food allergies and other GI issues," said Sew Hoy.

"We envision creating a network of education and support for parents while also participating in research that further defines what roles the microbiome plays in infant health and development."