Diabetic retinopathy is the leading cause of blindness in adults; if detected early, it's completely preventable but millions don't get the necessary screening. That's because it requires them to go see an ophthalmologist or a specialist, and so they need to take time off work, go see the doctor, and get their eyes dilated, not to mention that ophthalmologists often have long wait times.

Eyenuk is the company that uses artificial intelligence for eye screenings, that can be completed at the point of care, eliminating those barriers to care. On Monday, the company announced a $26 million Series A financing round led by AXA IM Alts, along with new and existing investors including T&W Medical A/S, A&C Foelsgaard Alternativer ApS, Kendall Capital Partners, and KOFA Healthcare. This brings the company’s total funding to over $43 million.

The idea for Eyenuk came when CEO and Founder Kaushal Solanki went to see an optometrist and was told he might have glaucoma.

"I found a friend who was studying to be an ophthalmologist; she showed my photos to her doctor mentor and they said I'm probably fine. And what was interesting to me is that they could just see the photos and do it. So, with that, I looked into this further and determined that artificial intelligence and machine learning could be used to identify this disease right at the point of care, rather than people needing to wait for so much time."

Results at the point of care

Eyenuk's platform, called EyeArt, provides fully autonomous diabetic retinopathy screening, including retinal imaging, DR detection based on international clinical standards, and immediate reporting, all of which can be done in a single office visit during a diabetic patient’s regular exam.

Once the patient’s fundus images have been captured and submitted to the EyeArt AI System, the DR detection results are available in a PDF report in less than 30 seconds.

"One of the things that the AI does is significantly increase access, so it brings the care from specialists to the front line. The procedure is complete within minutes and it gives an actionable report at primary care, senior living, pharmacies, and the like," said Solanki.

Since its FDA clearance in 2020, the EyeArt system has been used in over 200 locations in 18 countries, including 14 U.S. states, to screen over 60,000 patients. It's current deployments are focused on health systems; for example it works with Temple University Health system who they have deployed EyeArt in several of their primary care offices, as well as University of Utah, Meritus Health, and Providence St. Joseph.

"All of these places are putting these cameras with our AI in their primary care offices. Their technicians and nurses are operating these devices as part of theEyeArt regular workup so, if a diabetes patient shows up, they take theEyeArt vitals and they take this screening test as well," Solanki explained.

Eyenuk also has deployments in endocrinology and diabetes care offices, as well as with eye care specialists who are purchasing its systems and then doing outreach in the local community. For example, Wagner Macula & Retina Center in Virginia purchased a number of systems and sent vans out to senior living and other facilities so that those patients with diabetic retinopothy could be identified and then sent to a specialist.

The company also has payers as customers because, as Solanki explained, the screening allows early detection and sales cost for expensive treatments.

All of these players in the ecosystem, from the patient to the payor, all see ROI from using deployment of EyeArt, with the most obvious beneficiaries being the patients; by improving access to screening, when they don't have to take time off or get their eyes dilated to see an ophthalmologist. Instead, their eyesight is preserved and it's much more convenient to get the screening that they need.

"At the end of it, the healthcare in our country is being paid by employers or the government and they also win because fewer patients go blind. Caring for the blind is very expensive and taxing for the family as well. And the treatments, if it goes too late, if it progresses too much, it's also really expensive," said Solanki.

"The reason is that AI can be very, very detail oriented, and has been trained on millions of images. It can spot the smallest of things, where humans have a bias. We are seeing a lot of patients with diabetes, and we want to find those 10% to 20% of patients who have disease, so we need high sensitivity, we need to not miss disease. EyeArt misses a lot less disease compared to ophthalmologists," Solanki said.

That's also part of what sets the company apart from its main competitor, Digital Diagnostics,  another company that has developed an autonomous AI system for diabetic retinopathy, including macular edema, to be diagnosed at the point-of-care in front-line care settings.

"As the name suggests, vision threatening diabetic retinopathy is important for patients, for doctors, for everybody, because this is a patient who is about to lose vision. And EyeArt is the first and only technology cleared by the FDA to detect both mild and vision threatening disease," Solanki explained.

"That means that more patients are going to be found out and they will be pushed for treatment or further scrutiny. That makes a huge difference for the customers, and especially for payers who are very, very careful about the effectiveness of the technologies that they pay for," said Solanki.

The eye is a unique organ

As part of the capital raise, it was also revealed that Rob Binney, Chief Executive Officer at ShiraTronics, has joined the Eyenuk Board of Directors as the Board’s Chair; Dr. Affas Besse, Managing Partner at Global Health Funds, and Marie-Louise Little, Director of Strategy and Business Development at T&W Medical A/S, have joined as well.

However, it's not just eye diseases that can be detecting using Eyenuk's AI system, but it also other health problems such as heart disease and Alzheimer's. It can do this because, as Solanki put it, "The eye is a unique organ in the human body," with the optic nerve connecting to the brain and the vasculature connecting to the other organs of the body.

"As a result, we are looking at early detection of other chronic diseases like Alzheimer's disease, which we have a funded project from the National Institutes of Health, where we collaborate with the Mayo Clinic. And we are also looking at cardiovascular risk, stroke risk and things like that."

For that reason, he explained, retinal imaging as a diagnostic platform is only going to grow and Eyenuk is positioning itself as a leader as that happens.

"We are fighting against the status quo, like patients being sent to ophthalmologists. And so, what success looks like for us is moving all of them to much more accurate, much more convenient AI-based testing, so that preventable vision loss can be saved." 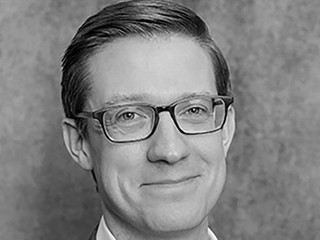 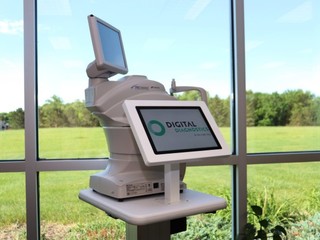 Digital Diagnostics gets $75M for AI-based diagnosis of diabetic retinopathy