Eon partners with UCHealth to expand its Patient Management system 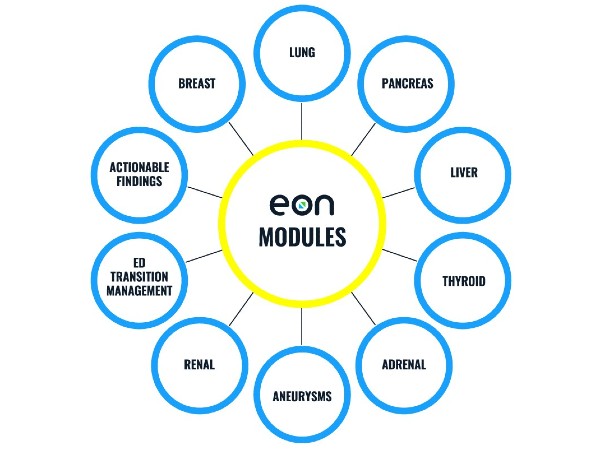 Eon is a company whose stated mission is to “make patients healthier and healthcare affordable," which it does with its software solution called Eon Patient Management. What the company does is analyze radiologists’ dictated reports for information relating to abnormalities such as potentially cancerous lesions, as well as certain thoracic aneurysms.

Many of these findings are what Nathan Boehlke, Eon's Director of Customer Success, calls "incidentalomas," meaning that somebody gets a radiologic image for one issue, for example a chest X-ray to look for fractures after a car crash, and the radiologist notes a spot on the lung that just happened to appear in the image.

"Often, there is no reliable system for tracking that spot and making sure the patient gets appropriate monitoring or treatment. People die this way because the patient and the appropriate resources never get connected. This is what Eon fixes," he said.

On Monday, the company announced that it is onboarding a new client, partnering with UCHealth to complete an implementation of its platform that will help track potentially dangerous abnormalities in more patients, while also improving the flow of electronic information among providers and patients.

UCHealth is a nonprofit health system that includes over 28,000 employees, 12 acute-care full-service hospitals and hundreds of physicians across Colorado, southern Wyoming and western Nebraska. While the health system wasn't lacking anything before they chose Eon as a partner, explained Boehlke, "they will gain speed, accuracy, and opportunities to aid more patients that would be difficult, bordering on impossible, to achieve otherwise."

"Depending on volume, it’s sometimes the case that a hospital would have to hire a dozen or more navigators to do the work that Eon does, and in today’s healthcare employment market, that can be extremely challenging."

UCHealth's version of EPM is the first to use a communication standard called FHIR, which originates from a 2016 federal law aimed at eliminating information blocking among different electronic systems. This allows UCHealth to automate patient and provider communications, including reminders to check on a potentially hazardous abnormality that was caught in a radiological image.

With this partnership, Eon now has 504 contracted clients, of which 396 are active, including UCH.

Even before the implementation, the two companies has a prexisting relationship, as UCHealth’s venture fund invested in Eon in a $16 million funding round in April, and Boehlke called UCHealth's decision to work with Eon a, "great vote of confidence in our mission and in our people, because the two IT teams collaborated closely and expanded the product’s capabilities, for example the speed at which patient letters can be generated."

Founded in 2015, Eon's platform typically interacts with a navigator, such as an oncology nurse, who receives a report from Eon that one of their patients has entered its system. They will be prompted to review the report, in which EPM has already extracted all the pertinent data, such as the location and size of the abnormality, and compared that information with clinical standards.

A plan on next steps is then instantly created, complete with informational letters, calls, and emails to the patient and their provider team. If the abnormality looks different in a later image, the plan changes accordingly.

In addition, Eon also offers an add-on service called Care Management in which the company's own navigators take on that role on behalf of the hospital, which can be beneficial if the hospital is having trouble hiring enough navigators to keep up with the increase in findings they will be alerted to as a result of switching on EPM.

"EPM is very good at eliminating false positives and false negatives, yet a person still needs to review all the information. We talk about 'working at the top of your license,' allowing clinical personnel to do the high-level work they were trained to do, rather than the clerical work that EPM and CM can take over for them," Boehlke said.

"We have competitors, but we have something they don’t, which is that our founder, Dr. Aki Alzubaidi, is an interventional pulmonologist who experienced for himself the impediments in the healthcare system to taking action on a potentially hazardous abnormality. As a result, EPM was designed to not interfere with or add to radiologists’ workflows. They just get to keep doing what they do."