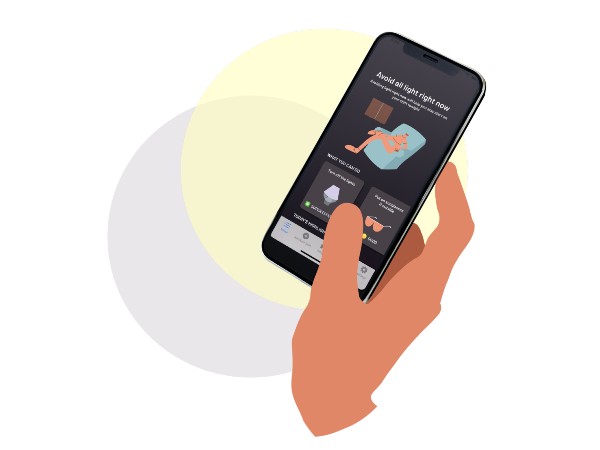 Too many Americans are not getting good, or enough, sleep: almost half say they feel sleepy during the day between three and seven days per week, while over 35% of all adults in the U.S. report sleeping on average for less than seven hours per night. This might be a result, in part, of their circadian rhythms being off; these are physical, mental, and behavioral changes that follow a 24-hour cycle, and they respond primarily to light and dark.

Issues with circadian rhythms can be especially prevalent among shift workers, who often work nights or in the early morning, disrupting their regular sleep patterns. This has the potential lead to numerous health problems, including weight gain, heart disease, and issues with mental health.

Arcascope is a company in the field of chronobiology, or the study of circadian rhythms, and on Tuesday it launched, along with a $2.85 million seed round, leveraging signals from wearable devices to make personalized interventions and improve health.

The company's first product, a smartphone app called Shift, is aimed at addressing the needs of shift workers, providing them with customized recommendations that are generated to fit their shift schedule, their chronotype, and their goals; daily highlights, so they see what their body’s clock has in store for the day; as well as real-time guidance and advice.

That means workers can keep their body’s clock on track each day by following Shift’s recommendations, plan their daily activities according to the most optimal times for their body, and view their health data with personalized graphs, with the goal of helping them recover from their shift and get more sleep on their off days.

For the company's that employ these staff members, they see better retention, reduced absenteeism, and the improved health and wellbeing of their workers.

The company's name comes from the Latin word for box, which is arca, mixed with scopium, or “an instrument for seeing.”

"Rather than trying to figure out what time is in a person’s brain with a gold standard test (for instance, by taking repeated saliva samples for hours in the dark), we use math models to infer what’s most likely to be going on in their brain, given all the inputs that have gone into it," Olivia Walch, the company CEO and founder, wrote in an a blog post when the company was founded.

"In a sense, we’re using our algorithms to see inside a black box: letting us predict what’s going on in your head, without the need for invasive testing. That’s what I think is most cool about our tech."

Arascope's round was led by Supermoon Capital, with participation from Inception Health, New Dominion Angels, AIoT Health, Inflect Health, the Accelerate Blue Fund and the Monroe Brown Seed Fund, HealthX Ventures, and other angel investors.  The company previously raised more than $2 million in non-dilutive funding from the National Institutes of Health.

The company plans to use the funding to expand its technology to the Android market and gain more enterprise customers. In the long term, the company says it wants to lead development in the field of chronomedicine, enabling pharmaceutical companies, researchers, and individuals to benefit from optimizing the timing of drugs and treatments.