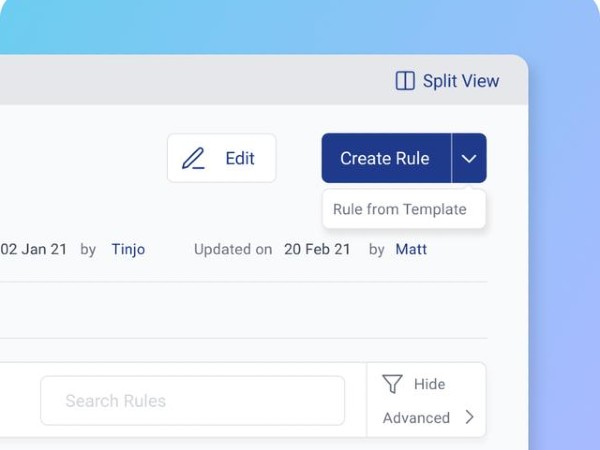 U.S. payers have complex and varied payment models, which are complicated by ever-changing regulatory and compliance requirements and frequent industry changes to code sets and guidelines, CMS policies, accentuating the lack of consistency across lines of businesses like Medicare, Medicaid, commercial and self-insured plans.

This has caused a very high dependence on technology to keep up with all the changes, resulting in what Rajasekhar Maddireddy, co-founder of CoverSelf, a cloud platform for healthcare claims and payment integrity, called a “black box” scenario among and between current vendors.

"A blackbox is a legacy system where there is an absolute lack of transparency in the internal workings of a platform or a system. The first of many issues is that there is a heavy dependence on the service provider for any changes in the processes and workflows," he explained.

"Further, when information is passed down through multiple business users, there is often information lost in translation, which might sometimes result in a subpar quality output. Black box systems also hamper the speed of innovation and the go-to-market pace by an exponential amount, which again is a result of delayed vendor release cycles."

This causes system to be fragmented, duplicative, and dysfunctional, and it leads to a massive amount of administrative waste, claims inaccuracies, and fraud and abuse that can cost taxpayers billions of dollars.

That's the problem CoverSelf is trying to solve, and now it has fresh new funding to do so, having announced a $4.8 million seed round led by BEENEXT and 3one4 Capital earlier this week.

Founded in 2021, CoverSelf's SaaS platform is used by providers, payors, and partners, such as EHRs, Revenue Cycle Management vendors, clearing houses, and payment integrity service providers, and allows them all to collaborate with each other in order to reduce complexity and administrative costs.

"CoverSelf’s primary vision is to make our users a meaningful beneficiary of the generational architectural shift taking place in Information Technology today, and to address healthcare claims and payment integrity with a unified and holistic approach," CoverStory co-founder Raghavendra Pawar said.

"We aim to simplify and democratize the Healthcare Claims and Payment Integrity Industry by creating a fully-open and transparent solution that can be built upon in a spirit of collaboration rather than cause duplication of efforts to address the more than $900 billion in administrative waste & improper payments in the U.S."

CoverSelf will use its new funding to build out its platform and scale company operations, which means rolling out a self-serviceable claims and payment integrity platform to all of its stakeholders in the near future. It will also grow its employee base from 45 to around 100 people by next year, specifically building out its the sales, product and technology teams.

"We have a core team that is exclusively made up of subject matter and domain experts with a lot of industry experience. Team CoverSelf is therefore actively onboarding clients who have the same vision as us - reducing healthcare costs, and transitioning into entirely future-proof cloud-first tech companies," said Pawar.

"With this new funding round, we at CoverSelf aim to empower such ambitious organizations into taking the leap into a futuristic world, by providing them with the additional resources and the integration support that they need."

The company's ultimate goal, said Maddireddy, is to be the single source of truth in the market for all things related to claims and payment integrity, and to create and serve as a benchmark in this industry as a whole.

"With this, we aim to create an overall impact on what is the need of the hour - reducing healthcare costs and ensuring that continued and increasing cover is available for the right people at the right time," he said.

"We also aim to make a meaningful beneficiary of the generational architectural shift taking place in the world of IT today and to address healthcare claims and payment integrity in a unified and holistic way to address the more than $900 billion in administrative waste & improper payments in the U.S. annually."