Global VC funding: August number is the lowest since 2020 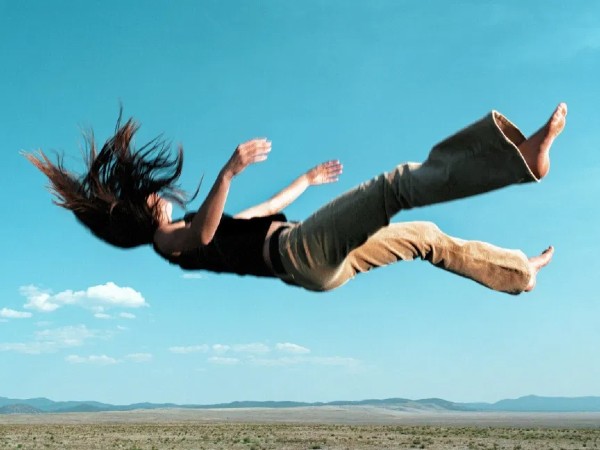 A couple of months ago, a Rock Health report showed investments into digital health companies falling to a two-year low, a sign of a slowdown from the highs of the pandemic. And now it looks like the entire ecosystem is experiencing that same problem.

With $25.2 billion in August, global venture funding fell to its lowest point since exactly two years prior, when there was $22.4 billion invested in August 2020, according to data from Crunchbase News. The number is down 52% from $52.9 billion in August of 2021, and down 10% from the $28.1 billion raised in July of this year.

This is the second month in a row where VC dollars have dropped, after they fell 33% in July; the total drop in the last two months has been 40%.

When broken down by stage, the Crunchbase analysis found that it was the later stage companies that are being affected the most; in fact, early stage funding actually rose 25% from the previous month, growing from $9.3 billion to $11.6 billion. Year-to-year, early stage funding is down 35%, however.

The round that saw the least impact were Series A rounds, which Crunchbase found were flat year-to-year, while Series B round fell by 55% from August 2021, and Series C rounds were down 77%. Month-to-month, A and B rounds both rose, while funding to C rounds fell. 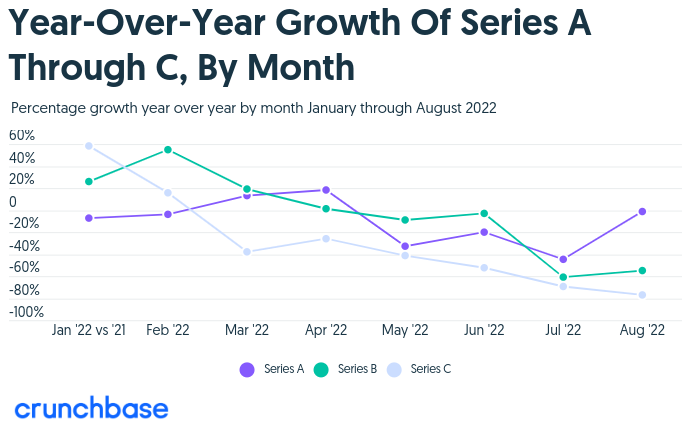 "This year started out quite well for Series B and C rounds, with more funding raised compared to 2021 in the earlier months. But then from March onward, Series C fundings trended well below 2021 amounts, and Series B fundings followed suit and were down more dramatically in July and August 2022," Crunchbase wrote.

Besides digital health, another sector that has seen a big drop are public cloud software companies, with funding down around 55% from August 2021. 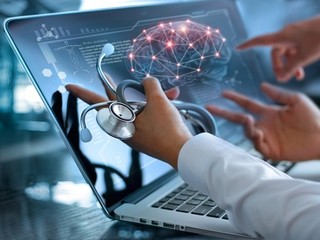