10 students will be awarded $10,000 to be used toward the upcoming school year

Roughly 122 million Americans, or over a third of the population, living in area where there's a mental health professional shortage. In fact, to fill these gaps, the US need over 6,000 more mental health providers, so we need to be encouraging more people to get into these careers.

BetterHelp, a provider of direct-to-consumer access to behavioral and mental health services, is doing its part to help close this gap by launching a new scholarship aimed at college students in the mental health field.

Called the Future of Mental Health Scholarship, the company will award 10 college students with academic scholarships of $10,000 to be used toward the upcoming 2022-2023 school year.

To be considered, the student must be enrolled in a university for the 2022-2023 school year, have a cumulative GPA of 3.0 or higher, and be majoring in psychology or a mental health-related field.

Enrollment is open until September 1, 2022, and the winners will be announced in early October.

“Young people have done tremendous work to reduce the stigma of mental health care and advocate for better resources,” Alon Matas, President and Founder of BetterHelp, said in a statement.

“We’re excited to launch this first-time scholarship and support future leaders who will no doubt make a huge impact in the mental health space as they build their careers.”

Founded in 2013, BetterHelp allows patients to access care in a number of different ways, including text, video or phone.

When a consumer decides to use BetterHelp, they are first give a questionnaire of around 30 questions, which will help break them down demographically, such as age and marital status. They are also asked about their specific needs, such as if they are fighting depression or if they have stress or anxiety. They can also say if they have more specific problems, such as eating disorders or LBGT related issues. The third part of the on-boarding process is their preference for their therapist; for example they can say they want someone who is older and female, or they want a gay counselor or they want someone of color.

Once BetterHelp gets this info from the patient, it will match that person to a therapist based on their preferences, as well as previous success rates; if the patient is not happy they are free to switch as many times as they want until they find someone who works for them.

The patient can connect with their counselor in a number of different ways: by exchanging messages, through live chat, by speaking over the phone or by video conferencing. The big breakthrough that BetterHelp had, Matas told me, was realizing how many people would want to communicate through text, even though some doubted that counseling would be able to work this way.

In January of 2015, BetterHelp was acquired by telehealth service Teladoc and, as of 2018, the company had over $60 million in annual revenue. It was over 25,000 therapists, facilitating over 5,000,000 video sessions, voice calls, chats and messages every month. 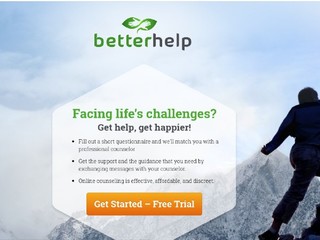 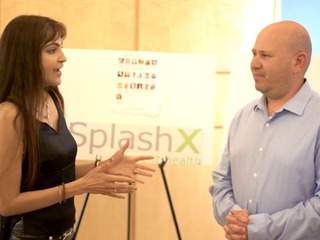