The company previously raised a $100 million round in November 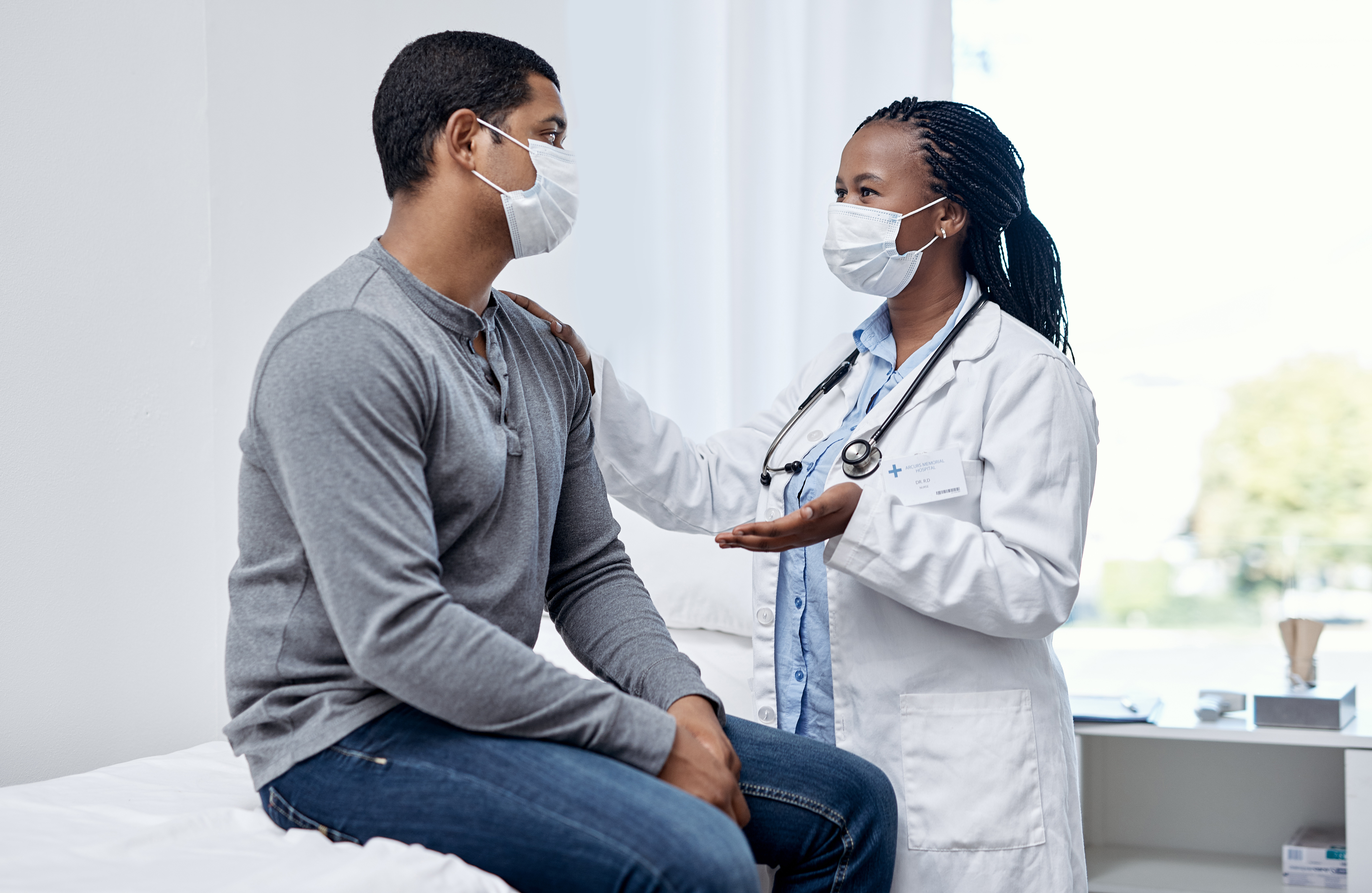 If you've ever needed to find a new doctor, then you know that it's hard to find good, relevant, and up to date information about who to choose. That's not only a challenge for new patients, however, but for everybody in the healthcare system: from pharma companies who need providers to run their clinical trials, to medical device companies who want to identify doctors who would benefit most from their products, to payors and digital health companies who rely on accurate information to refer patients to the right provider.

All of that data exists, but it's disparate and also hard to access.

H1 is the company that has aggregated all of that data together, allowing patients, insurance companies, healthcare organizations, pharmaceutical, and biotech companies, to identify and connect with the most relevant healthcare professionals.

On Thursday, the company announced that it added $23 million to the $100 million Series C funding round it raised in November of 2021. The new funding came from Goldman Sachs Asset Management, Menlo Ventures, Transformation Capital, and Novartis Pharma AG; the first three also invested in the first tranche of the round as well.

Founded in 2017, H1 currently has over 10 million profiles of healthcare professionals, representing 16,000 institutions in over 70 countries. It has over 250 customers, including top pharmaceutical companies, which use the platform to do things like find doctors to work on a clinical trial for a given biotech, or find hospitals where they can perform their trails.

The company gets its data from four sources, Ariel Katz, H1's CEO and co-founder, explained, the first being public sources, meaning hospital websites, university websites, and private practice websites, where H1 can easily scrape the data.

The second source is private data, which comes from partnerships the company has with governments around the world, including CMS in the U.S., as well as the governments of Austria, Germany, and France; they allow H1 to pull in information about the types of patients that doctors are seeing. H1 also purchases data from insurance companies, including Blue Cross Blue Shield and Anthem and, finally, there is community data, in which doctors claim and update their own profiles with their information.

Pulling together the public data is the easy part, Katz said; everything else is much more difficult to collect and aggregate, which is what sets H1 apart.

"The harder part is partnering with the United States of America and the NHS, and then the harder part is then getting a doctor to be like, 'I'm going to update this.' Another hard part is striking a deal with Aetna to purchase data about how good doctor is at treating patients. So, it's all of that combined, which is what makes it unique," he said.

When it comes to pharma companies, though, the company has been able to determine ROI, including increased revenue, as it costs anywhere between $10 to $100 million to run a clinical trial, and millions of dollars if they pick the wrong doctor.

"In a clinical trial. by using H1, they can find the right doctor that has run a successful clinical trials, that has a diverse patient population. They had no information to make that decision before H1 existed; they would get an Excel spreadsheet from McKinsey and that is not as good as software sometimes. So, it's changed the game for them in a lot of ways."

One of H1's big long-term goals with all of the data it's collecting is to bring about equity in the healthcare system, especially after major inequities were exposed during COVID.

For example, when you're trying to run a clinical trial, trying to find the right doctor that sees a diverse patient population, from various income levels and educational levels, can have a huge impact on the trial, and on the patients, Katz said, citing the figure that African American women are 41% more likely to pass away from breast cancer than white women.

"That's because they don't have access to the right doctors, so wouldn’t it be really nice to know if a doctor is used to seeing an African American patients? Or if you're Hispanic, to see a doctor that speaks a certain language? So, we're really helping promote health equity and representation and medicine that has not been done before. That's been one of the biggest changes that we've done in the industry," he explained.

The hope is also that better representation will also help with adherence in healthcare, while also helping curb major issues, such as mistrust of vaccines in the African American community.

"We want to be known that we've made a dent in that area of the world. Representation in clinical trials, making sure that if you're from a minority community you can find the right doctor that you trust. Those things don't exist today. Access to healthcare is a global right, healthcare information is a human right," said Katz.

"Not many people are talking about that, because health care is a slow industry to evolve, but we're going to start to see that, and we want to make sure that we are driving like the driving force for that. That's like the message that I'm pushing internally and we want to push externally, too."

As for the reasoning was behind the company raising this additional funding so soon after raising $100 million less than nine months ago, the new round is meant to be cushion to carry the company through what Katz believes will be an economic downturn, in which it will become harder for companies to raise funding.

"Around late January of this year, our COO came to our team and said, 'We need to raise an extension.' We just raised $100 million; it's still sitting in our bank since we raised it 30 days before that. We were like, 'you're insane,' and he was like, 'no, no, I went through the dot com bubble crash, and I had to shut down my company of 200 employees. I'm not doing that again. We're raising money.' We had raised enough money to manage towards profitability and controlling our destiny, and he wanted more of a cushion," he said.

"Thank God that he said that because he was right and he was early, and early is just as important as anything else."

The initial money that was raised was enough to manage toward cash flow break even, he explained, with a six month cushion, but having this additional capital will allow the company to emerge even stronger whenever the downturn ends.

"We didn't even want to roll the dice. We think we're going to reach break even in a couple years from now, but we still might be in this environment for a couple of years, where it's not pretty for late stage privates. So, let's get to this cushion so we can control our own destiny, manage toward cash flow break even, and weather the storm and the come out even stronger than anyone else anyone else during the storm.”

That will allow H1 to achieve its ultimate goal, which is to power every doctor engagement globally. That means, for its patient-facing product, powering 100 million patient doctor visits by 2024, along with 50% of the clinical trials worldwide.

"We want to make sure that they're using H1 so that their clinical trials are representative, that they have a representative patient population from different educational backgrounds, race backgrounds, ethnicity, everything you can imagine. Those are some of the North Stars that we set for our products to bring us to our mission to power every doctor engagement globally. That's how we think about things," said Katz. 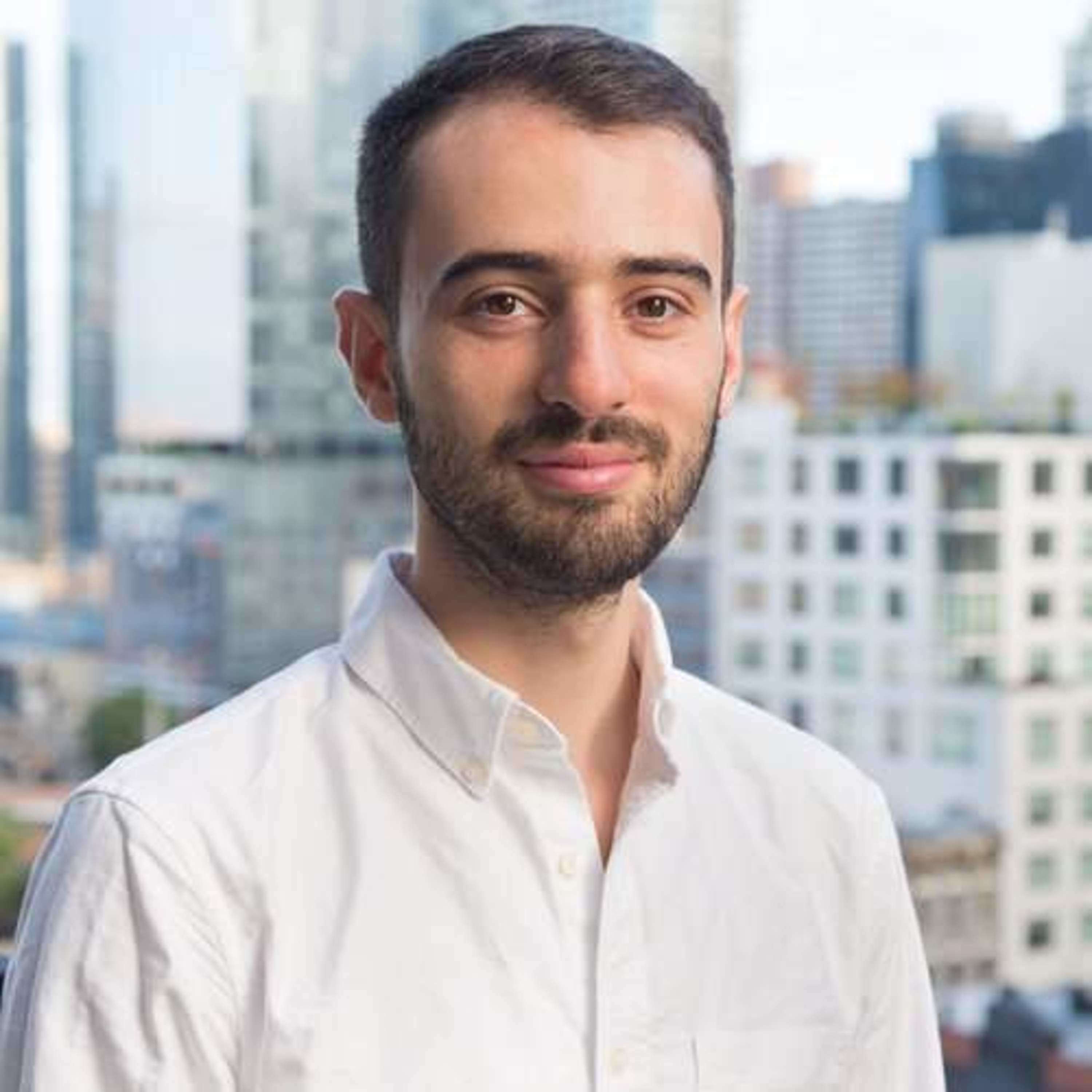 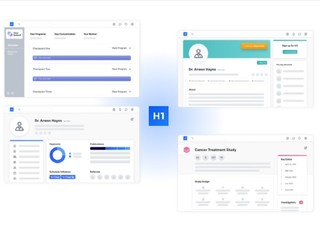 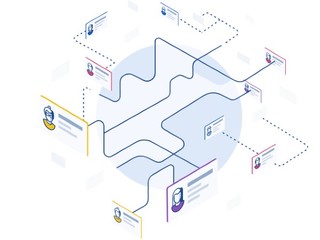 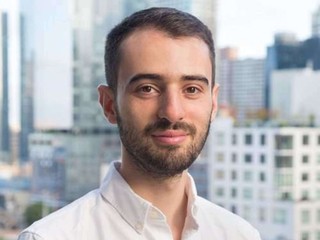