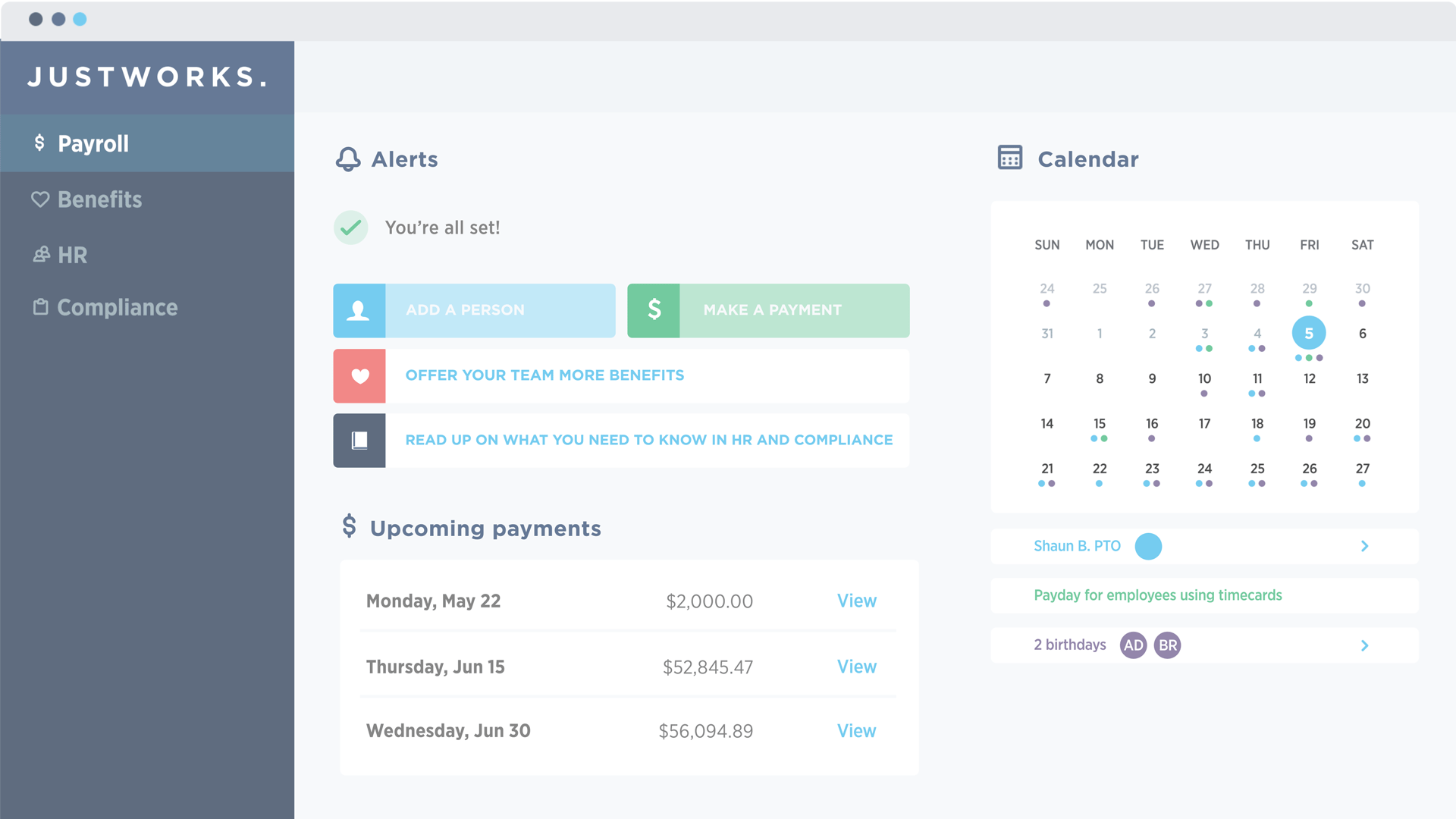 And, yet, many SMBs still lag behind when it comes to technology adoption: the 2019 State of IT report from Spiceworks found that large enterprises were up to 10 times more likely to adopt emerging technologies.

Justworks was built to help those companies with automating some of the most onerous parts of their business, providing software to help them with benefits, payroll, human resources, and compliance.

"For SMBs, particularly those with less than 100 employees who collectively represent over 40 million people in the United States, the vast majority of HCM tasks are manual or paper-based. These tasks can require an outsized amount of time for managers, distracting them from what matters most—running their businesses," the company wrote in its S-1 filing with the SEC.

"Given their size, SMBs also often struggle to attract and retain top talent due to the relative cost of securing benefits packages in-line with what larger organizations are able to offer. Meanwhile, regulations often place a disproportionate burden on SMBs, particularly those with geographically distributed teams, forcing them to deal with complex compliance hurdles they are ill-equipped to handle."

Justworks' features include access to health insurance plans from carriers such as Aetna, Kaiser, and United, as well as MetLife dental & vision insurance; wellness perks with One Medical, Health Advocate, and Talkspace; and fitness memberships like ClassPass.

Justwork's Plus plan, which also includes employee access to medical, dental, and vision insurance along with HSA and FSA accounts, costs its customers between $79 and $99 per employee per month.

The vast majority of revenue comes from what the company calls, "Benefits and insurance related revenue," which "consists of insurance-related billings and administrative fees collected from customers related to health insurance plans provided by insurance carriers, workers’ compensation, state unemployment insurance, and other employee benefits."

The transaction price for SUI is based on the payroll costs of employees serviced and the applicable state’s tax rate, while workers’ compensation insurance is determined as a percentage of payroll processed by the company, and health insurance benefits are based on the number of employees serviced, the individual benefits, and the fees established by the company for those benefits.

The company announced its intentions to go public in January 2022, before postponing those plans a week later.