The company combines telehealth, RPM, and an on the ground care team for people in rural areas 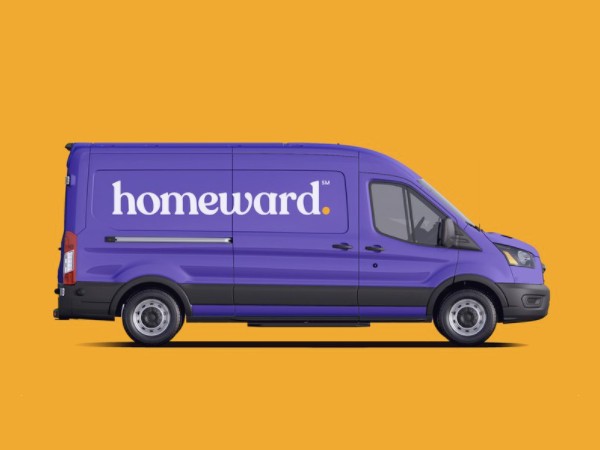 The pandemic exposed what many of us already knew: there are major disparities when it comes to healthcare access which run across a number of lines, be they racial, gender, sexual orientation or socioeconomic.

There are also geographical disparities: according to the CDC, unintentional injury deaths are roughly 50 percent higher in rural areas than in urban areas, mainly due to greater risk of death from motor vehicle crashes and opioid overdoses. And it's only getting tougher to see a doctor in these areas, as at least 163 rural hospitals have closed since 2005.

"It’s disheartening we haven’t yet cracked the code to provide sustainable high-quality care for the 20% of the population - 60 million Americans - who live in rural areas," said Dr. Jennifer Schneider, CEO of Homeward, a company that focuses on improving healthcare access in rural communities.

"Why have previous attempts failed? Well, most startups looking to tackle rural health have approached only one piece of the puzzle, such as telehealth or primary care, but few have committed to tackling the problem from all angles."

Homeward, which announced its launch on Monday, along with $20 million in funding, takes a different approach, offering a hybrid model that combines both virtual and in-person care. It includes a multidisciplinary care team that is available both virtually and on the ground via mobile care units, along with in-home remote monitoring to capture biometric data, allowing the team to monitor their risk and get them care when appropriate.

For example, a patient is suffering from heart failure is often diagnosed only when they arrive in the ER. With Homeward, they get remote patient monitoring (RPM), which can detect the early signs of a heart problem; in-home visits to test, diagnose and treat the problem; and virtual visits to follow-up until the problem is resolved.

Homeward avoids problems with broadband limitations in rural markets by leveraging cellular-based monitoring devices and virtual services. The company also works closely with each community it enters in order to outfit an access-to-care model that augments, rather than displaces, local primary care physicians and hospitals. The idea is to take a tailored approach to each market, and not try a one sized fits all approach.

"We need a new approach to comprehensive healthcare in rural America; one founded on the principles of value-based care; one that embraces access-oriented technologies like virtual care and remote monitoring; one that extends the reach of rural providers and leverages community resources, getting patients the care they need, when they need it."

Many of the leadership team at Homeward are joining from diabetes management company Livongo: Schneider was previously Chief Medical Officer, and then President, of the company, while Homeward co-founder and president Amar Kendale was formerly Chief Product Officer, and Dr. Bimal Shah, who was also formerly Chief Medical Officer at Livongo, is now Homeward's Chief Operating Officer. in addition, Brian Vandenberg, former general counsel at both the American Medical Association and Livongo, is now the company's chief administrative officer and general counsel.

The lesson that the team took away from their previous work, and what now guides them at Homeward, is the belief that our healthcare system must switch from treating disease to avoiding it, said Schneider, and that technology, such as remote monitoring and the smart use of data, allows clinicians to stay connected to patients and to prevent health challenges from becoming larger issues.

"We believe that the answer to rural healthcare’s challenges is not as simple as training more doctors and forcing them to live in rural areas. There are many healthcare roles and services that should not be filled by doctors," she said.

"I saw this first-hand many years ago after I graduated from medical school and spent most of my day filling out paperwork rather than seeing patients. This experience informed my belief that there is a huge opportunity for job creation here and this will allow clinicians to work at the top of their license."

The new funding came from Hemant Taneja, managing partner at General Catalyst, and the company plans to use it to accelerate its deployment efforts into its key rural markets, while also building out the team, and coordinating entry into its early markets.

"In the next few months, we are hyper-focused on preparing for our deployment of services in the summer of 2022. Our ultimate goal is to reach as many members as possible through partnerships with regional Medicare Advantage plans," said Schneider.

The real goal for Homeward is to create an ecosystem where rural patients can finally receive the care that they need, one that doesn't completely rely on telehealth and virtual care.

"At a high level, Homeward is extending the reach of local providers and augmenting care where it is needed, for both primary and specialty services. Imagine being able to prevent acute health events for thousands of extra patients each year. A successful outcome will be improved access and clinical metrics for the populations we serve."