The Cambrian explosion and Darwinian effect on digital health startups

Last month, Vator and UCSF Health Hub held their latest salon, called Invent Health Virtual Event - Primary Care and the New Medical QB, which featured a group of venture capitalists who have invested in companies that are disrupting the primary care space, to get their views on what they see happening, and what the future of healthcare will look like.

Among many other topics, the panel hit on the explosion of startups in this space, but at the same time the consolidation that's happening, as many companies will not be able to meet their valuations in a crowded space.

One thing they all agreed on, though, was that the current primary care model doesn't work.

Francisco kicked off the panel by asking how primary care is going to change, to which Galles responded that "we're seeing it today," noting that his old firm had invested in TelaDoc, which was "highly underutilized," but now, thanks to COVID, "everybody's been awakened to telehealth, in particular clinicians."

"There's still a love/hate with it, from a clinician perspective, but they understand it now better. So, it's going to become integrated and part of practice for every clinician on a go forward basis," he said.

The other big change that he noted is that patients have become consumers, which means they have more choices: depending on what works best for them, they can choose telehealth, in person, or the doctor can come to their home. On top of that, there will be a team-based care model, which he believes will work especially well for younger people who don't care about having a relationship with a primary care physician.

Despite all of those changes, though, Galles still believes that "there still will be that coach, that quarterback," who is the chief of the patient's care.

"We're going to move even more towards that. The nature of that will be very different than how we've traditionally gotten primary care, though," he said.

Dubey asked him if primary care is becoming more care navigation only or if it's "digging into enabling the comprehensiveness of their practice."

"As we see mergers, like Grand Rounds merging with Doctors on Demand and just packaging it up, is the system still enabling that funnel into the specialist? Or are we actually coming down and flipping the model upside down and having the primary care, own it, and get rewarded for the outcomes?" she asked.

Galles' answer is that "primary care should do a lot more," and that "you should need specialists less often."

"Primary care should be able, with the help of technology, to address and own a lot of the care issues that are being encountered on a traditional daily basis. So, their footprint will grow larger," he said.

"Ideally, and what Province is trying to get to, is where we have a patient relationship and it might be the doctor, but it might be Providence, and you push a button and, whatever it is, we know what you want immediately and try to be smart about it and route you to the right way and the right modality and so forth."

"It is desirable, but we've also seen that teams of providers are equally, if not more, effective," she said, pointing to the model deployed by Firefly Health.

The really big innovation over the last decade, she noted, is the ability for patients to self identify to solve their own health needs, especially if there are niche. That means that it no longer entirely falls on the shoulders of the primary care physician to treat them.

"I guess my answer is that it's it's still a really important role, but I see that role as being more distributed among other, not necessarily just falling on physicians, partially because of I don't know how if it's practical to do that," said Singh.

Byers responded that the "dirty secret a lot of people don't realize" is that the vast majority of  doctors don't know their patients, and so a team approach might be the best way to get people the best care.

"As innovators, it's on us to make sure that that data flows, the patient owns that data, and if they have the data flowing in a secure way, in a compliant way, then you can have an actual team that includes different types of provider, including mental health providers," he said.

"Right now, it's not communicable diseases, COVID notwithstanding, that will kill us, or accidents and injuries; it's, we don't eat right, we don't pay attention to our mental health. And so, having a mental health component on a team has been proven to lower the total cost of care."

An explosion of funding

Toward the end of the panel, Francisco brought up the explosion of funding that has gone into digital health services: in the last 10 years, the amount of funding going into the space has grown nearly 2,000%, while the number of deals has grown over 480%. The first nine months of this year were also record breaking for digital health, with over $20 billion invested, the first time the space ever surpassed that number.

To that end, she asked the panel where they saw over investment happening and if there would be consolidation "because these valuations are not sustainable."

Lui's answer was mental health companies, even though he predicted that that would likely be an unpopular opinion.

"A lot of them have gotten funded at very high valuations just given the impact of COVID, and I just don't think that a lot of them will have sustainable businesses once things start to normalize a bit. The market itself is huge, but does not justify just the number of companies that have gotten funded," he said.

Kumar answered next, agreeing with Lui that the markets are massive and probably not all the companies being funded will be successful.

"If you're honest, like, yes, it's possible that all of these companies could potentially be successful just because of how big the market is. But, realistically, that's not likely how the trajectory of the sector is going to develop," he said.

That's why impact is important when evaluating them, said Kumar, because that's a potential differentiator: while 5% in cost savings, or 10% improved outcomes, is meaningful, it's not enough to make a company. stand out.

Galles said he believes that the winners in spaces like telemedicine have already won, but that doesn't mean there aren't smaller spaces that companies can occupy within those.

"When you look at the telemedicine space in terms of who's called on the payers and employers and so forth, and who's gotten a lot of traction, it's TelaDoc and MDLIVE and folks like that. There's still niches there and they've got big market cap companies, so you can build something for the youth population. So, you're seeing some interesting niche plays that TelaDoc or somebody could be an acquirer of," he said.

"There's still venture opportunities, but those spaces are probably played out a little bit more in terms of who's going to be the winner, or who are going to be the bigger winners there."

Still, with all the capital flowing, Galles predicts a big fallout for a lot of those companies.

"Yyou look at what happened the last two years, there's going to be some great companies built, which is really exciting stuff that I haven't seen in my career, but it's impossible to get a return on all that capital. So, there’s gonna be some big, big blow ups and losses, but there'll be some great companies being built. So, it's great for society and consumers and the returns will be interesting on some really big ones and some, some tough ones. Really tough ones."

Singh also agreed about all the companies that are being created now, and that it's going to be tough for those companies to grow.

"We're seeing, via pitches, that it still feels like we're in this Cambrian moment of D2C, ever more niche offerings, which, on the one hand, I'm excited about for the patient choice aspect of that, but, on the other hand, I also think that it's going to be harder and harder for those companies to stand out," she said.

Byers' answer was that there's so much money being spent on administration in health care, that it's going to be up to digital health to "start helping people navigate and take control."

"The doctors and the services that are employ doctors on your behalf will be the ones helping you navigate, so that you can get the care you need in an efficient way, without going into these very expensive, very bureaucratic institutions that, yes, can save your life when you have a rare disease or rare condition, but you don't need them for a lot of the basics. That's the reorganization that's going to happen over a long period of time. And so, the venture opportunity is tremendous to move care into the home, to move care into modern UX platforms. But, of course, it's healthcare, it's life and death. And you have to make sure it's done responsibly and well, so it will take some time," he said.

"Maybe that's a non-answer, but it's all of the above, but only if done well; many of those companies will get consumed by the other companies, some will fail. I mean, a lot of the SPACs are losing hundreds of millions overnight, like Talkspace yesterday lost 36%. So, we're gonna see a lot of that Darwinian, to go with the Cambrian, the Darwinian behavior, but there will be a transformation over time."

"So, having a way to pull together the point solutions is an important next step. The other thing is that there are still conditions out where we're really lacking good, scalable options. So, serious mental illnesses is one, for example. So, severe depression, schizophrenia, bipolar disorder, that's one where there's not a lot of good, scalable options out there yet. So, even though, yes, it's all under the umbrella of behavioral health, there's still some areas in behavioral health that are ripe for further development."

You can see the entire panel below:

Thanks to our sponsors:

Forte, the provider of best-in-class on-demand and live-streaming technology to hybridize brick-and-mortar gym experiences. Plus, clinically proven to help increase motivation to quit while improving quit rates, Pivot is a holistic approach that combines an FDA-cleared carbon monoxide sensor with personalized content, community and live 1:1 coaching via mobile app that can be accessed at any point during a participant's journey to quit.

Also, Advsr; a boutique M&A advisory firm. They wrote the book on startup M&A called "Magic Box Paradigm: A framework for startup acquisitions." Go to Amazon.com to get your copy. Also thanks to Stratpoint, an outsourced engineering firm and Scrubbed, an online bookkeeping firm. If you need affordable and quality engineering and bookkeeping, check them out. We highly recommend them! 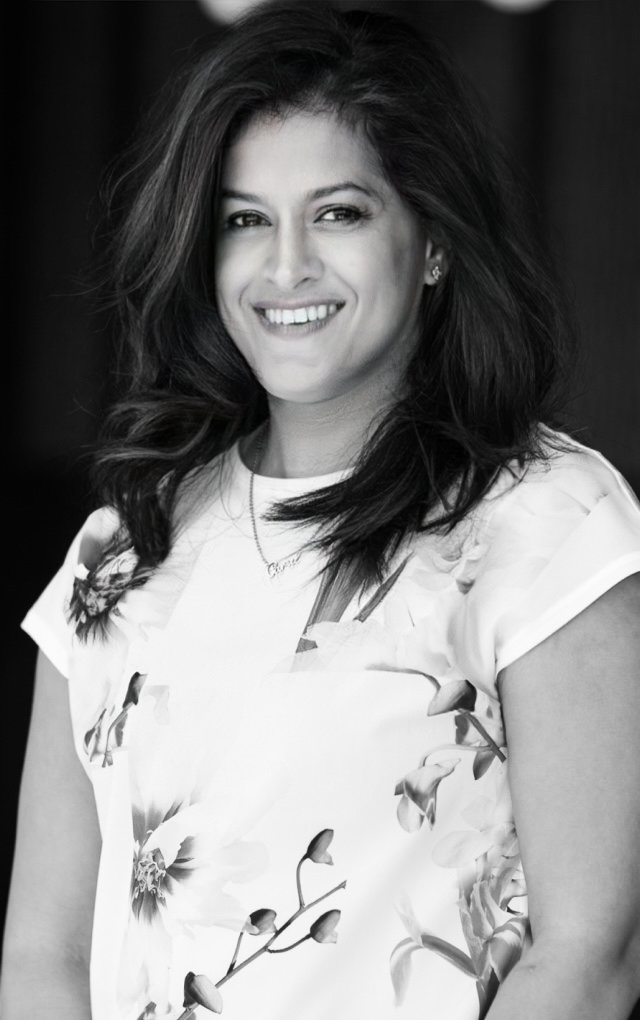 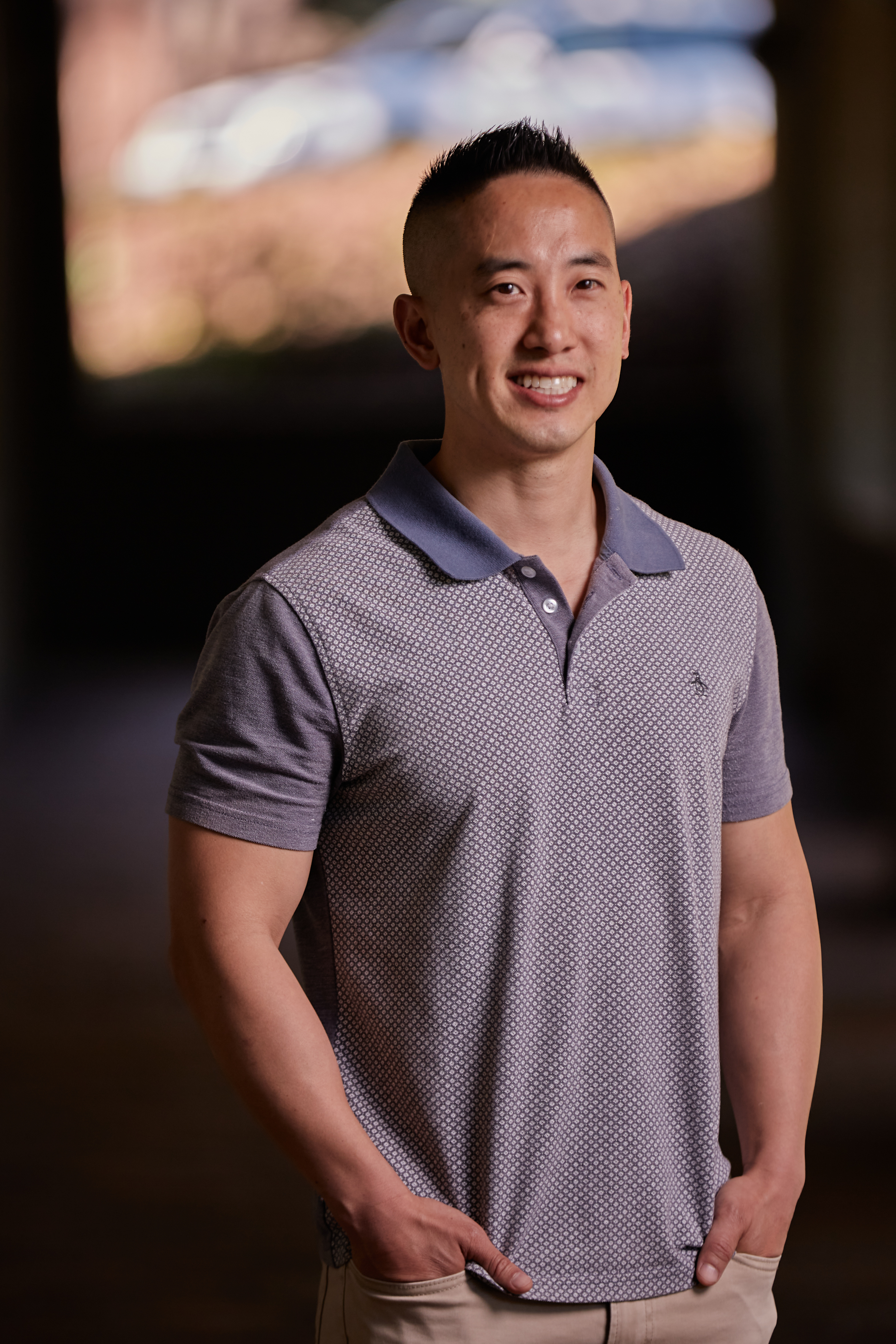 Kyle is a Partner at DCM, a global venture capital firm based in Silicon Valley, Beijing and Tokyo with over $4.2 billion under management. Kyle’s investments include Tempo, DocSend (Dropbox), Scanwell Health, Hims & Hers (NYSE: HIMS), and more. 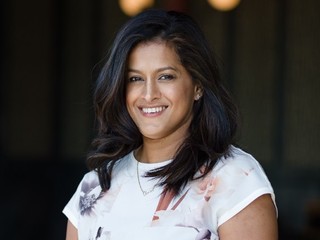 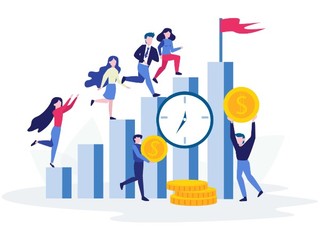 2021 is already a record breaking year for digital health funding