The culture then decides which technologies are, and are not, valued At the first session of Invent Health Virtual Event - Primary Care and the New Medical QB in November, the first panel of the day was a group of current, and one former, healthcare CEOs who discussed the business of primary care. Specifically, how economics inform technology and culture.

It kicked off with Francisco asking Pearl whether economics or tech created more advancements. His answer was, unequivocally, economics

"As you think about all the changes that are happening, what is more critical, the technology advances, because we are creating lots of efficiencies. as we see even with just telehealth, or economic model changes? And I know you can say both, that both need to happen, but which one do you think needs to be a real priority?" asked Francisco.

"I think economics lead the culture, by which I mean: when you pay on a fee-for-service basis, you do more," Pearl responded.

He recounted a story from a few years ago when he was talking to the CEOs of the 50 largest companies in the country, and he asked them, “How many of you remodel your kitchen or bathroom?” to which every hand went up. But when he asked, “How many of you told the contractor, ‘do whatever you want and I’ll pay your time and materials?’" not one person raised their hand.

He gave the example of hypertension, which can be controlled 55% of the time now in the US, despite being the leading cause of stroke, heart disease, and kidney failure. The reason is that there were good doctors to serve the community, great medications, but, most importantly, the fact that everyone on the care team was involved in that process.

"If you make controlling hypertension, or diabetes, solely the responsibility of primary care, they can't do it," he said, repeating that economics drive the culture, which then allows for a decision on what technologies are, or are not, valued.

"I will just add to that that if you don't have a culture that values the economics, you will have an ushering in of a new group that values those economics and they will be elevated, and they'll sweep to the side all the others who don't value it," said Francisco.

"In medicine, with the culture that exists, the technology that is going to raise quality and lower costs is not valued because it's not a technology that supports the economics. So, I think all of that has to change," said Pearl.

"Medicine is the only industry I can think of, and I've studied a lot of them in business school, where, over the past 20 years, the combination of AI data analytics, computers, robots, you name the technology, put together has raised costs; every other industry that I can think of it's lowered it. And the reason isn’t that the technology isn't any good, it's the culture and the economics that come together prevent it from being used in the right ways."

Dubey turned to Lau and asked her why she chose the model for Alpha Medical, which is a virtual care app for women, even though, as Dubey put it to her, women prefer to see a doctor in person.

Lau responded that virtual care is the way to best reduce costs. Women are the chief medical officers of their families, she said; they spend more time on healthcare, and the patients that Alpha is reaching also tend to be underserved because they don't necessarily live in a big metro area, which makes accessing care a challenge.

To that end, she agreed with what Pearl said about economics driving technology.

"I totally agree that the economics drives everything, and technology supports that. So. for us, it's really about bringing costs down. Building more clinics is not going to help me bring costs down, because I can’t birth more PCPs, but really how I bring costs down is through a virtual PCP, by giving you a PCP in your pocket to build a relationship with that woman. That's how we think about it," said Lau.

When it was Bloch's turn to speak, he said that medicine "completely lost the plot on what needs to be done."

For example, he said, while there's a lot of talk about AI and data in healthcare, the vast majority of doctors actually don't understand how data is used in other industries and what AI is.

"Everyone mixes true innovation, mRNA vaccines, and world class devices and world class processes and surgeries, with the mundanity of medicine. And the reality is, at the core, primary care, chronic care, acute care, preventative care, I don't think has changed since the middle of the 20th century, since the Framingham study; it's kind of a long time for something really big and important," he said.

The one that has changed, though, is the cost, which goes up 10 to 12% compounded every year, and that is hampering access, which goes beyond just people who don't have insurance.

"You've got about 70 million people that are on high deductible plans, so that's one way to defray the cost of health care: increase the deductible. When you do that, people don't handle their hypertension, as Dr. Pearl mentioned, and diabetes and other things. So, we've got this convoluted system: you can be the best doctor in the world with the best intentions, but if the system colludes to make it really difficult for you to give care, that's really tough," said Bloch.

Bloch ultimately believes it's that misunderstanding of the technology that leads to those increased costs.

"How do you get 24/7? It should be really easy. Again, if we can trade super complicated derivatives in the middle of the night, and plan complex trips all over the world and maps and navigation and commerce and all these different things why are we stuck with Dr. Google and WebMD when it comes to our health? To me that's mind boggling," he said.

"America has probably the collection of the best medical institutions in the world for lost results, for tertiary care, for some integrated care. But, on balance, I think we do a really mediocre job, a below average job, compared to other countries and it's just very, very, very expensive and it adds up."

Bloch was later asked during the panel by Francisco about economic incentives, as K Health has salaried physicians.

"At some point will you be integrating that type of payment into some sort of value-based care, so it's based on outcomes?" she asked, to which Bloch responded that the company is "absolutely thinking about different models."

"This is where I completely agree with Dr. Pearl: you set a certain incentive and the culture follows around that incentive. So, actually, Medicare Advantage is often a much better approach than the traditional fee-for-service that is prevalent in the commercial center. When I started K, everybody said, 'big companies are self insured, it's their own money, they're very sophisticated. The government doesn't know what it's doing.' Actually Medicare's way more sophisticated than big companies. They understand the business, they negotiate better rates, big companies pay worse rates. But, absolutely, the capitation models are much better, especially if you get them right in that you actually focus on health, because everybody typically tries to game the system and you need to remember that there's a lot of money and a lot of incentives."

Toward the end, Francisco asked Pearl to speak about what did, and did not, work while he was Kaiser.

In terms of what worked, he said, was the capitated model of payment, where it was over 90% capitated, as well as "the integration of all the physicians working together in ways that provided the care," as well the use of technology that existed at the time, and a leadership structure.

"I mean, there is no structure in most of medicine today. There, I was a CEO, I had heads of each of the facilities reporting directly to me, they had chiefs of departments reporting to them, you were actually running a business that's coordinated, instead of running a 19th century cottage industry that's paid on a piecemeal basis like we had," he said.

"What frustrated me was the bricks and mortar Kaiser Permanente. That was wonderful, as long as they were there, but it couldn't expand. Technology has changed all of that and we haven't even yet talked about AI and wearables and the other things that are going to add to it. I just used telemedicine as the first piece, the foundational piece to connect all the disparate parts."

You can see the entire panel below:

Thanks to our sponsors:

Forte, the provider of best-in-class on-demand and live-streaming technology to hybridize brick-and-mortar gym experiences. Plus, clinically proven to help increase motivation to quit while improving quit rates, Pivot is a holistic approach that combines an FDA-cleared carbon monoxide sensor with personalized content, community and live 1:1 coaching via mobile app that can be accessed at any point during a participant's journey to quit.

Also, Advsr; a boutique M&A advisory firm. They wrote the book on startup M&A called "Magic Box Paradigm: A framework for startup acquisitions." Go to Amazon.com to get your copy. Also thanks to Stratpoint, an outsourced engineering firm and Scrubbed, an online bookkeeping firm. If you need affordable and quality engineering and bookkeeping, check them out. We highly recommend them! 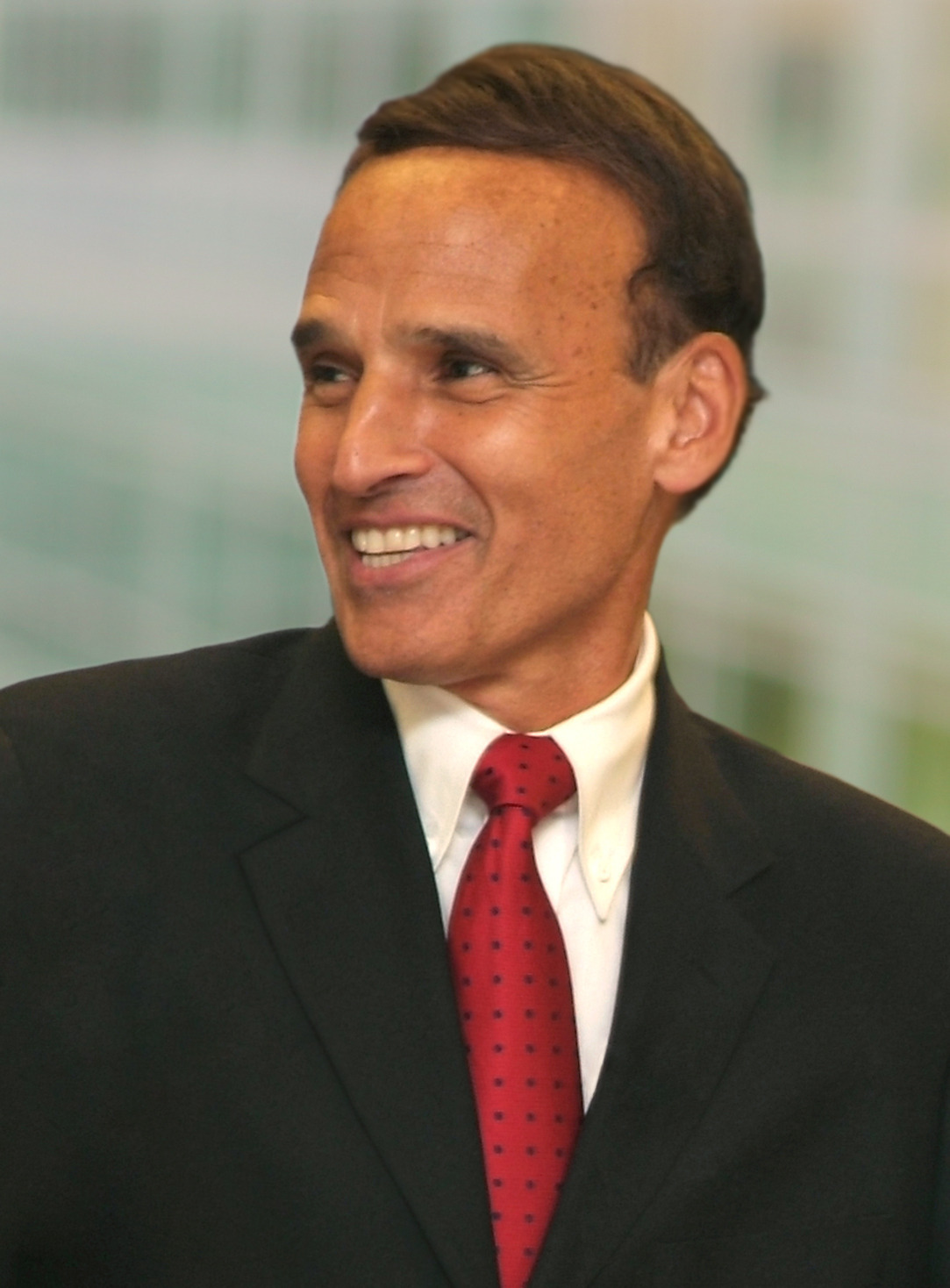 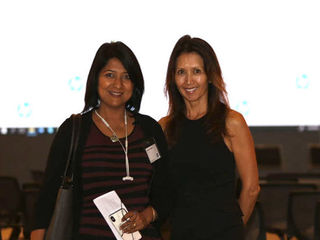 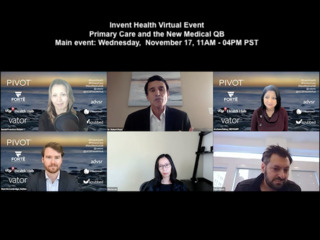 Video: The business of primary care. Who’s the doc? What’s the cost and who’s paying? 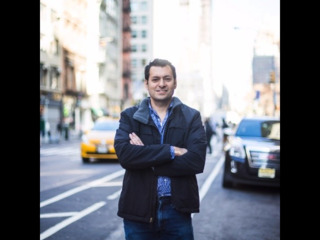 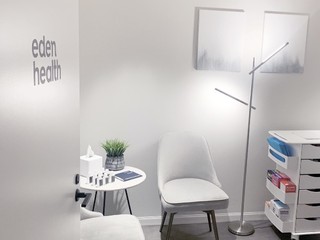