Redbox still makes nearly all of its money from rental fees, but digital revenue is growing fast 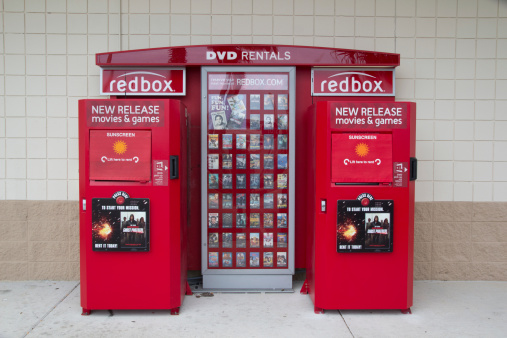 The pandemic changed many of our behaviors, for better or worse, at least in the short term, and likely in the long-term as well. In many cases, trends that were slowly getting started, and may have taken years became the norm, were suddenly a part of our daily lives. So, for example, a lot of people have figured out what they don't need to go to an office to do their work, or to a gym to get their exercise.

That extends to the way we consume our entertainment as well; even before the pandemic people were going to the movies less often, with even as box office climbed. People also started cutting the chord on their cable, in favor of getting their movies and TV shows when and how they want them through streaming.

To see these trends on display, you just have to look at a company like Redbox, which started out as service that allowed people to rent DVDs from a kiosk, but which has been shifting over the last few years toward becoming digitally enabled service, allowing its users to rent TV shows and movies, sometimes while they're still in the theater.

Though the vast majority of the company's revenue still comes from what it calls its "legacy business," aka fees for renting DVDs, it's clear which side of the business is growing quickly.

The company divides its revenue into two buckets, the first being its legacy business, which includes the 40,000 or so self-service kiosks where its users can rent or purchase DVDs and Blu-ray discs. The company gets revenue from the fees charged to rent or purchase a movie, including the roughly $2 a night that customers are charged to rent, plus late fees if they don't return it by 9 pm the next day. For example, if the DVD is $1.85 per day to rent, and they return it two days later by 9:00 p.m., they will be charged $5.25 plus tax.

If the users keep an item through the maximum rental period, that item is theirs to keep and they'll have to pay the maximum charge, which varies depending on the type of disc being rented; for a DVD that would be $29.75, and for a Blu-ray disc that is $34.

Finally, Redbox has a service business, with a team pf more than 1,000 field workers who manage kiosk installation, merchandising and break-fix services. In addition to maintaining Redbox’s own kiosks, the company also supports other kiosk businesses, and the company has service agreements with multiple companies; for example, since June 2020, Redbox has been the primary vendor for Amazon's locker locations.

The other revenue segment for Redbox is its digital business, through which customers can buy and rent movies and TV shows on-demand.

On top of that, Redbox is planning on launching a subscription channels product, which will give consumers the opportunity to subscribe to multiple third party premium SVOD channels through the Redbox app. Redbox plans to collecting 100% of the subscription revenue before paying the SVOD channel owner’s revenue share.

"Physical movie rentals were negatively impacted by the COVID-19 global pandemic due to a material decline in new movie releases available to consumers resulting from broad-based movie theater closures and a material slowdown in new productions, both beginning in March 2020 compounded by regulatory restrictions on retail stores intended to prevent the spread of COVID-19, meaningfully reducing customer traffic," the company wrote in its SEC filing. 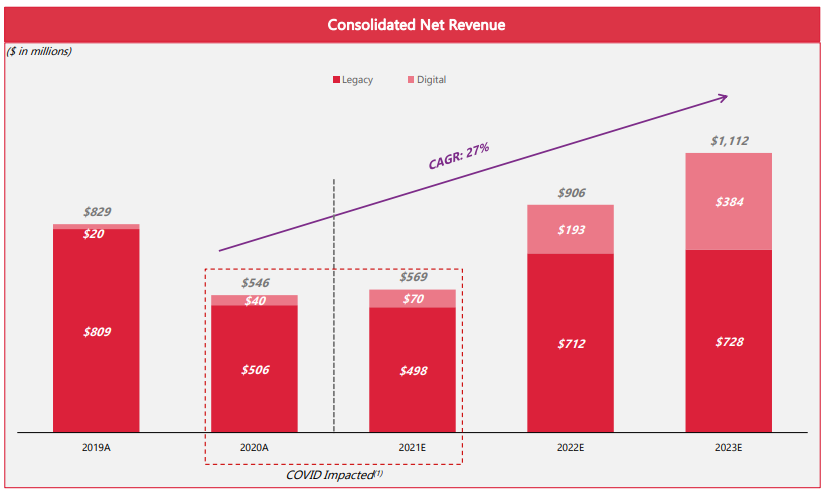 While it see its legacy business continuing to grow as well, especially once we're fully emerged from the pandemic, Redbox expects it's digital revenue to continue to climb at a much faster rate. From 2021 to 2022, the company is projecting that digital revenue will grow by 175%, and then by another 99% in 2023, until it's more than a third of the company's total revenue.

"Redbox is undergoing a significant business expansion and digital transformation. Redbox has transitioned from a pure-play DVD rental company to a multi-faceted entertainment company that provides tremendous value and choice by offering movie rentals as well as multiple digital products across a variety of content windows including transactional (TVOD), ad-supported (AVOD), and subscription (SVOD) and being a distributor of feature films with a growing library of original content," the company wrote.

How does Udemy make money? 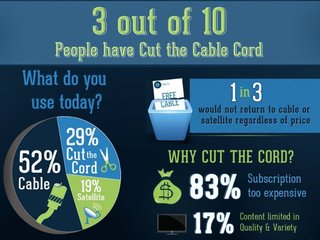 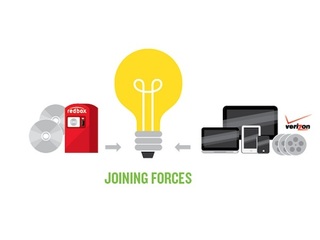