You have to pace yourself. Building an organization is a marathon, not a sprint. 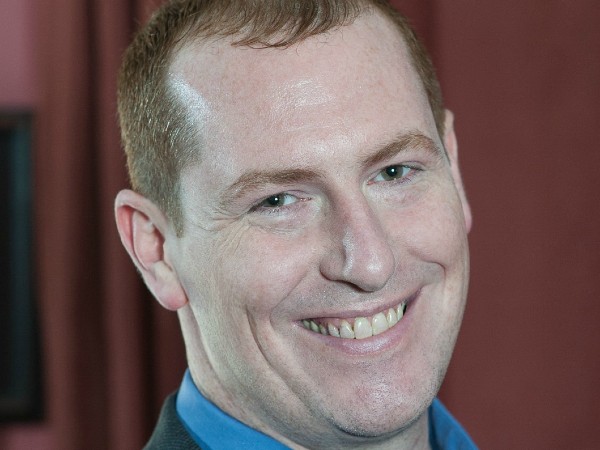 As head of PLF, he has led five national convenings of C. diff Advocates, built a 50-person volunteer Advocates Council, coordinated the first-ever C. diff Lobby Day on Capitol Hill, and produced the first-ever public service announcement on C. diff infections. In 2013, the Centers for Disease Control and Prevention recognized PLF’s work with its Excellence in Partnership award for domestic advocates and organizations.

Lillis has presented to state hospital associations, quality improvement organizations, healthcare systems and industry leaders, including Mount Sinai Health, National Quality Forum, and the Presidential Advisory Council on Combating Antibiotic Resistant Bacteria. He has also testified at Congressional briefings. Christian’s writing has appeared in the Baltimore Sun, Cleveland Plain Dealer, and the CDC’s Safer Healthcare Blog. He has also co-authored articles for journals including Advances in Therapy and American Journal of Gastroenterology. PLF’s work has been featured in Consumer Reports, USA Today, and Reuters. Peggy’s story was also featured Dr. Martin Blaser’s 2014 book, Missing Microbes: How the Overuse of Antibiotics Is Fueling Our Modern Plagues.

He holds a B.A. in Political Theory from Brooklyn College-City University of New York. A native Brooklynite, he lives in its Kensington neighborhood with his husband Chris and their beagle, Maggie Anne.

I’m a big fan of the biotech companies that are working on microbiome based therapeutics for recurrent C. difficile infections. Around 20 percent of people who are diagnosed with a C. diff infection will fail standard antibiotic treatment. For many of those people, this is the beginning of weeks or months long battle with a life-threatening infection. For the past decade, the treatment of last resort has been a fecal microbiota transplantation (FMT). Basically, doctors have been taking the stool from a healthy donor and implanting it in people battling C. diff. It has a remarkably high success rate. But, as you can imagine, it’s messy and quality control is difficult. So the companies I’m excited about, like Ferring, Seres, Finch, and Vedanta are all in various stages of developing a microbiome derived therapy for recurrent CDI. These treatments would not only be a game changer for people battling recurrent CDI, but open a whole new avenue of medicine where we can rebalance certain microbes rather than just eradicate them.

I didn’t feel like I had a choice in the matter. Me and my brother were very close to our mother, Peggy. She was a single parent for most of our lives. The idea that this infection that we’d never heard of came seemingly out of nowhere and killed her was the most shocking and devastating moment in our lives. The more I dug into it, the more I realized that this infection was killing tens of thousands of Americans every year with no public outcry. There was no organization dedicated to awareness and advocacy about C. diff like you see with HIV or other important causes. At the time of Mom’s passing, I had been working as a fundraiser and nonprofit manager for about 15 years. I know how nonprofits worked. I knew how to raise money. And I never had more motivation than to take on the disease that stole my mother from me.

The biggest frustration I have is the lack of public awareness about C. diff infections. Only about 30% of Americans have heard of it, despite it having a death toll exceeding HIV or driving under the influence. Now about 85% of Americans have heard of Ebola, and only one person in the US has ever died from Ebola. There tends to be a focus on simple narratives, scary “foreign” threats, and ignore the real risks Americans face. This is good for ratings and advertising but terrible for public health education. For me, the most rewarding aspect of being an entrepreneur is getting to invite people to be part of the movement our organization started. We now have about 30 advocates all across the country, from all walks of life: full-time parents, filmmakers, HVAC specialists, hairdressers, etc. Watching these people step into public, basically “come out” as a C. diff survivor constantly inspires me. Like me, none of them planned to be a public health activist. But through the Peggy Lillis Foundation, they have found a path to speaking to the media, raising awareness, providing support to people currently suffering, lobbying their legislators, and so much more. My mother believed that community and family are critically important, and watching this nationwide family grow from her inspiration is the most rewarding thing I’ve ever done.

Surrounding themselves with “yes” people. I have a very healthy ego, particularly with respect to my intelligence and skills, but I can’t know everything. I can’t see things from perspectives I don’t have; whether that is the personal experience of C. diff infection, or the intricacies of accounting, or building a website. I’ve seen enough leaders build a senior team that never questions them, and over time the organizations become stagnant and insular. They stop adapting to the landscape. When I’ve been a member of the leadership team, I’ve always considered it part of my job to push the CEO, to point out where they’re going wrong. So I do my best to surround myself not only with people who are skilled and passionate but who will also disagree with me, and advocate for their position. That pushes me and my thinking broader and deeper.

Put on your own oxygen mask first. There’s a reason flight attendants say this when you get on a plane. If you’re out of oxygen, energy, emotional bandwidth, you are not only burning yourself out, you are also not showing up for your clients, staff, board members and other stakeholders as well as you could. I’m a native New Yorker, so I talk fast, move fast, decide fast, but - particularly as I’ve gotten into my 40s - I realize that I have to take care of myself to be an effective leader. I have to replenish myself so I can give to others.

Being a founder will change you, and some people won’t like that. To successfully lead PLF for over a decade, I’ve had to change and grow as a person. In particular, I had to face a lot of fears that held me back. It also changed my lifestyle and availability. Lastly, not everyone is comfortable with regularly having my mother’s death and absence brought up. There were people I expected to be our biggest supporters who didn’t like how I changed with the growth of PLF. Navigating those changed or lost relationships is difficult and painful. But, some people surprised us by how committed and steadfast they’ve been.

You have to pace yourself. Building an organization is a marathon, not a sprint. I have definitely burned myself out more than once. It’s only in the last couple of years that I’ve learned better how to manage my time and energy. When the COVID-19 pandemic started, I couldn’t attend the group fitness classes I loved. To get exercise and also challenge myself, I started running. I had always avoided running because it felt uncomfortable. But also because it requires you to stick with one repetitive task for a specific time or distance. So you have to pace yourself. Start off too fast and strong, and you’ll run out of fuel before you get to the finish line. Also, short of a downpour or a blizzard, I’ve run in the heat, the rain, the cold, and my body can always do it. But my mind sometimes wants to bail. I mostly don’t let it. It’s been a great learning experience as well as good exercise.

The rollercoaster journey is the most exciting part of a startup 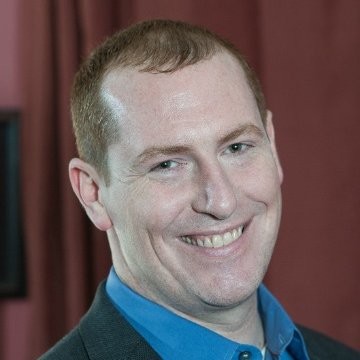 Christian John Lillis is the Executive Director of the Peggy Lillis Foundation.