The shift in how Americans talk and think about mental health was well underway before COVID was ever a thing, sparked by a number of different factors, including some high profile celebrity deaths as well as a willingness, especially among younger people, to be more open about their struggles and to seek help.

Perhaps that's why, when the pandemic hit, the adoption of new technologies in the mental health space, including telehealth options and chatbots, came across as relatively seamless. People needed to make sure they continued to receive care, even when circumstances made that more difficult, and they were willing to change their habits pretty quickly to do so.

To wit, on Monday, Woebot Health, a provider of an AI powered chatbot for mental health care, released a survey showing just how willing Americans are to embraced these new technologies.

More than half of the 1,010 American adults who were surveyed in the report, entitled “A Paradigm Shift: Consumer Attitudes Toward Mental Health Technology in 2021," said that they would prefer to receive their mental health care outside of normal business hours. On top of that, an even larger percentage said they would also be open to using a mental health chatbot, in conjunction with human mental health provider.

Nearly 7 in 10 respondents said they believed that new technologies and apps would help them improve their mental health, but one thing is clearly important to them is that the solutions are scientifically proven: 73% said that would make them interested in using a mental health chatbot or AI therapist.

"We’ve seen unprecedented adoption of mental health chatbots over the past 18 months, most likely driven by the fact that the COVID-19 pandemic prompted a global conversation about mental health. Suddenly, a relatively niche conversation became relevant to so many that we’ve made measured progress with eliminating social stigma as a barrier to care," Dr. Alison Darcy, President and Founder of Woebot Health, told me.

The reasons that people give for why they would want to use these technologies come down to the convenience and flexibility that talking to a machine, rather than a human being, affords them: 43% cited being able to access care anytime, while 40% said it was the ease of use, and another 39% said they liked the idea of being able to access care as much, or as little, as they wanted to. Meanwhile, 38% said they thought it would be more cost effective, and the same percentage said they felt it would be easier to get care on their own terms.

So far, though, adoption of these tools has been relatively low, with only 22% of respondents saying they had actually used a mental health chatbot. Of those people, more than half, 57%, said they began using a chatbot during the pandemic, and 44% said they only use the chatbot, and receive no care from a human.

In terms of under what circumstance people use a chatbot for their mental health care, it was pretty evenly divided between the 31% who only use the chatbot when experiencing acutely stressful situations or feelings; the 37% who use it to manage their overall health; and the 31% who said that they use it for both.

Most importantly, though, is that people like the experience: 88% of those who have used it said they are likely to use a mental health chatbot again.

The benefit of chatbots to clinicians

In addition to benefits for patients, there are benefits to using chatbots for psychiatrists and therapists as well, Darcy explained, noting that mental health chatbot usage is not meant to replace these clinicians, but rather enhance their capabilities.

"The application of mental health chatbots is all about knowing the intended use case, having clinically-validated evidence of efficacy and being able to truly engage the patient in their own healing," she said.

"Therapists are meant to benefit from chatbot technology as much as patients, in the sense that chatbots provide a tool for continuous engagement and reinforcement of the tactics discussed during in-person therapy sessions. In this way, chatbots can help therapists to reinforce what they discuss with patients while in-session."

Digital mental health solutions can allow clinicians to use their time more wisely; if a chatbot can help patients when they're in a crisis, that means the clinicians can use their time with their patients more valuably, doing the kind of deeper therapeutic work that helps achieve true breakthroughs, which will then improve the patient's long-term outcomes.

In addition, Darcy noted, chatbots can also be a gateway for people might not otherwise seek out in-person care, thus "allowing them to become comfortable with the therapeutic process and less impacted by stigma, before beginning in-person treatment." This is borne out in the survey data: nearly half of respondents, 47%, said that they would be willing to share things with a mental health chatbot (one that will obviously not judge them) that they would not normally be comfortable sharing with another human being.

Finally, tools like chatbots also help when it comes to evidence generation, which is especially important in mental health care, as it's one of the only medical practice areas that doesn't rely on systematic recording of treatment and patient outcomes in order to move the field forward.

"AI affords us the opportunity to learn dynamically. Consider what we could do if we automatically recorded all modifications that therapists make on the fly, with which patients, and their relative success."

The future of care

The shift toward acceptance of these new technologies was pretty swift, happening seemingly overnight due to necessity, which leaves open the question: what will the future of mental health technology will look like? And how will people receiving their care a few years from now?

Woebot's vision for the future is one in which patients have access to what it calls a "pocket therapist," one that can coach them through tough times, whenever and wherever they are, something that a human therapist can't always provide.

"The integration of evidence-based cognitive behavioral therapy (CBT) techniques with cutting-edge technology presents us the opportunity to deliver personalized, empathetic and effective mental health to fill gaps in care and serve millions of people at once," Darcy told me.

Ultimately, what that really means is that this technology can take each specific person's perspective and life events and personalize their care specifically for them.

"What has often been characterized by a series of typically fragmented encounters has the potential to become an omnipresent practice by which the patient is consistently engaged." 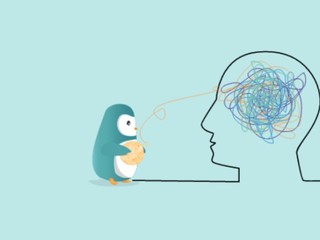 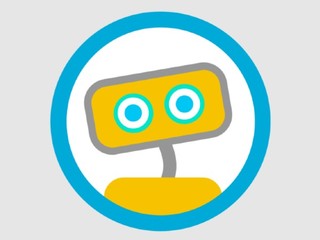