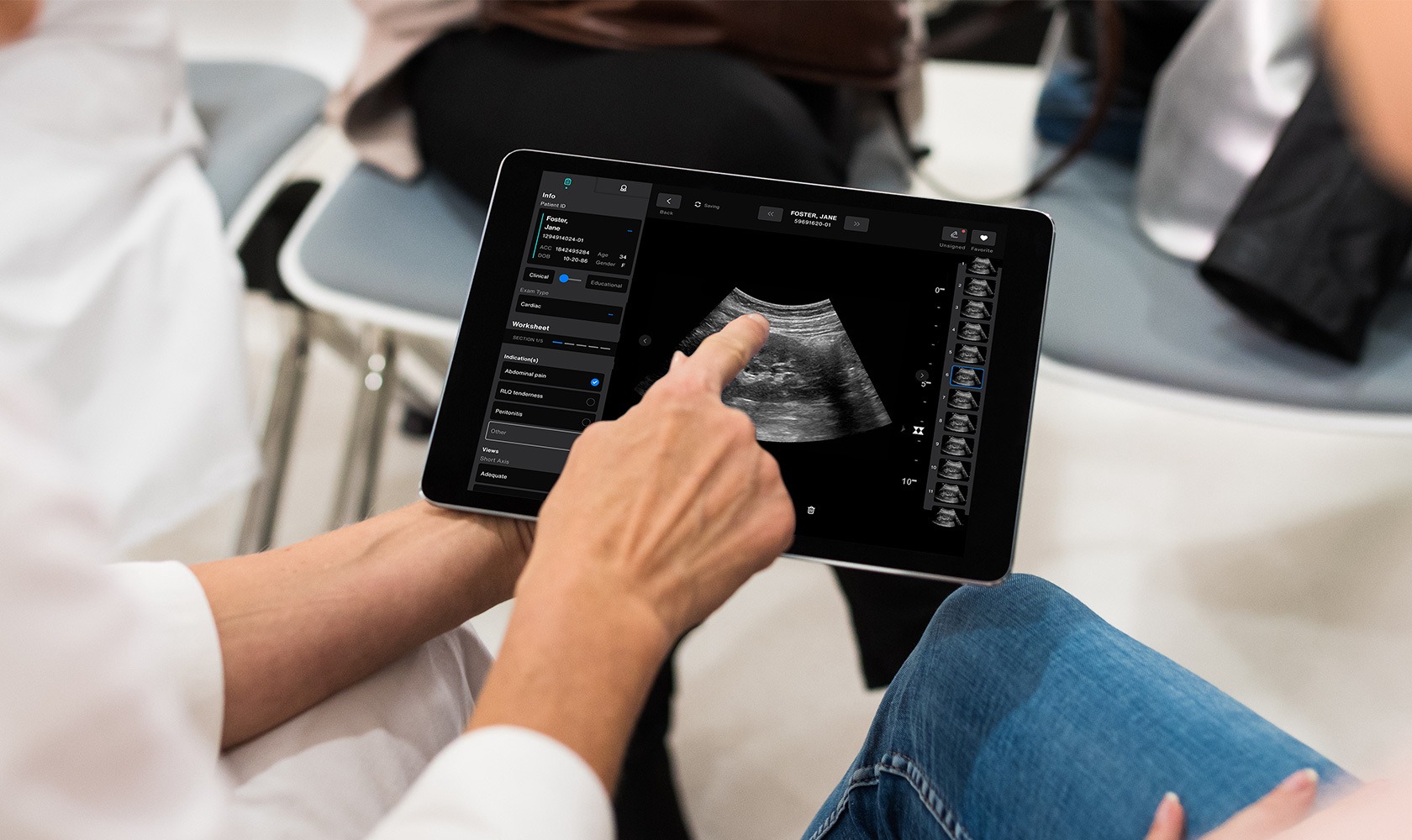 This almost seems hard to believe but, according to the World Health Organization, somewhere between 75% and 80% of the world's population has no access to any kind of medical imaging. That means no MRIs, no x-rays, no ultrasounds. Nothing.

There are two things that are contributing to that, explained Sandeep Akkaraju, founder and CEO of Exo (pronounced "echo"), a company that has developed a handheld medical device for ultrasounds. First, there's the cost, as well as the complexity of operating the current machines.

"If you look at ultrasound imaging today, it would set you back anywhere between $40,000 to $250,000. It requires a lot of specialization to do the imaging and to interpret the images. So, there's been a number of these barriers to entry. Frankly, the current ultrasound technology is based on World War II technology that involves growing crystals. Take apart one of these ultrasound probes, it looks like it's made like jewelry," he said.

In addition to its hardware device, Exo has also developed a software platform called Exo Works, which is designed to solve workflow issues around imaging. That means it combines exam review, documentation and billing into a single platform, and it works with nearly all point-of-care ultrasound devices.

The company's solution has certainly caught the attention of investors: on Thursday, the company announced a $220 million Series C investment round led by RA Capital Management. BlackRock, Sands Capital, Avidity Partners and Pura Vida Investments, along with prior investors, also participated, bringing its total funding to more than $320 million.

"We've made sure that the company is really well capitalized with really smart money. To create a breakthrough product of this magnitude requires many partners and we brought on partners in the earlier rounds like Intel, Sony, TDK, Applied Materials, very strong Silicon Valley companies like GlaxoSmithKline, to help the company grow in a very smart way to be able to leverage a lot of these players," said Akkaraju.

"With this funding around, we've brought on some really high profile investors in the health tech world. From our RA Capital to Sands Capital to BlackRock to Pura Vida and Avidity, which gives us a lot of street cred in terms of healthcare. So, the key thing out here is not just the company but who we've surrounded ourselves with. That's going to be an important aspect for continued success."

The idea behind Exo was to make the ultrasound machine as easy to use as a smartphone camera; that meant getting rid of all of the extraneous things like the knobs and sliders and track pads and trackballs, on that equipment. In fact, the company set out to completely reinvent it, using new materials and processes.

"It's not just about building the hardware, it's about building the entire stack that takes it from imaging to analysis to review to quality assurance to billing. That has to happen before you get an analysis or a diagnosis, so how do you reduce that entire workflow today into something that's really simple and modern to use?" said Akkaraju.

For example, a doctor in an emergency room might have a trauma patient coming in and they need to look for internal bleeding, or to see if there's blood pooling between the organs, or if a lung is punctured. They would use Exo's ultrasound machine to take the image which will then immediately, and automatically, be sent off to the rest of the care team. The image will be included on the patient charts so that other doctors who may be looking at that patient, such as in a critical care setting or in the operating room, can easily view it.

Eventually, the company also plans to incorporate artificial intelligence in its platform as well, in order to analyze the images, and make recommendations, while still keeping the ultimate care decisions in the hands of the physician.

Exo is pre-launch, and is currently going through an FDA clearance for its device, but it does have some pilots in place with hospitals for its software. That has proven to be a revenue generating device for its customers. The platform has actually helped generate revenue that's several times in excess of the price, given that Exo's hardware only costs the same as a laptop.

There's also the fact that $1 spent on imaging saves $3 in terms of overall cost of care, Akkaraju told me.

"For whatever reason, people capture a lot of images but they're unable to bill for it because of lack of quality assurance or lack of credentialing or various other things. So, part of what we're building is that entire ecosystem that makes it very simple to go from a click to a billing event," he explained.

"The physician is now providing tangible value beyond what they were previously, in terms of the care, and we think it's only fair that they get reimbursed for that additional expertise they're putting in out here."

The new funding will go toward commercializing the product, which means, in part, expanding the team, as well as exploring new markets outside the U.S and further expanding on its informatics platform, with a focus on education.

The company also has ambitions to go eventually go direct-to-consumer, even though its initial focus is on providing its services to doctors and nurses. That's in line with Exo's eventual goal: to expand the adoption of imaging worldwide, making it available to anyone who needs it.

"This is going to be a fundamental reimagining of diagnostic imaging, and, in the future, we’re working on some pretty exciting things in terms of ultrasound as medicine. We think this is a major play in creating a new type of company in the medical ecosystem."