There are 6.2 million people estimated to have Alzheimer’s, which is the 6th highest cause of death 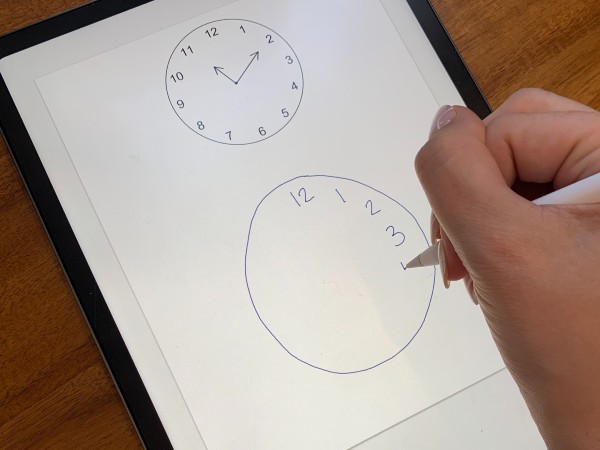 The population of the U.S. is aging rapidly as the Baby Boomers reach their twilight years: between 2010 and 2019, the 65-and-older population grew by over 34%; in fact, it grew by over three percent just from 2018 to 2019 alone. As such, the number of people with Alzheimer’s disease is also rising, with 6.2 million people estimated to now have the disease, which ranks as the sixth highest cause of death, killing over 121,000 people a year.

Along with increasing prevalence, Alzheimer’s disease is also an expensive problem, costing $305 billion in 2020, a number that is expected to eventually grow to more than $1.5 trillion.

And yet, despite all of that, testing for Alzheimer’s is still lagging behind, said David Bates, CEO of Linus Health, a company using artificial intelligence and neuroscience technology to better screen for signs of the disease. Earlier this week, the company announced a $55 million Series B funded completely by existing investors.

"The healthcare system needs better testing tools to detect cognitive impairment that leads to dementia as early as possible, ideally before symptoms appear. Cognitive screening at annual visits by primary care physicians give patients the best chance of intervention whether via lifestyle modifications, drugs, digital therapeutics, or other emerging methods," he said.

"Our goal is to make powerful cognitive screening tools efficient and accessible so they can become part of our regular care to give patients the earliest detection."

Linus Health's customers include major pharma companies and researchers who need screening tools for their trials, as well as some clinics for screening patients. The company doesn’t offer cognitive treatment, but its tests are used by researchers and clinicians to gain insights on an individual's cognitive health which they can use to develop and monitor a treatment plan.

Patients complete assessments, which take under three minutes, on a mobile device that are assigned by their clinician or a study administrator. In the DCTclock test, for example, participants are asked by a mobile app to draw the face of an analog clock and set its hands at a specified time; in other tests, the participant may be asked to remember and repeat words to test their working memory, still in others, the participant simply looks at a series of photographs.

Linus is not only injecting traditional way of testing for dementia, which consists of tests that are done with pen-and-paper, but also in how it collects data and analyzes them: the company captures over 100 biomarkers of their drawing process and responses, including the analysis of time between words, what words they recalled, and how quickly they were able to recall them through natural language processing.

"With the assessments conducted on a mobile device or with a digital pen, Linus is able to analyze the entire process of the test by collecting both volume and variety of data, including the process of clock drawing, the time it took, how they constructed it, and other elements like voice and eye tracking," Bates explained.

Once the test is complete, the patient's care professional will receive the result of the artificial intelligence analysis, who will provide them with their next steps and a treatment plan, if necessary.

"The multi-modal approach is unique in analyzing digital biomarker data such as voice and speech patterns, visuospatial memory, dual-tasking ability and fine motor control. With machine learning and artificial intelligence, the platform analyzes the data to provide a patient’s cognitive footprint."

Linus’s platform was proven effective in detecting signs of early Alzheimer’s disease in a study from researchers at Massachusetts General Hospital. The company is currently reaching tens of thousands of patients today, with the hope of conducting millions of tests within the next two years.

The company plans to use its new funding to Linus will expand its 40-person team, which consists of neuroscientists, neurologists, medical practitioners, engineers, and data scientists, with more subject-matter experts. In addition, Linus will continue developing its AI and algorithms, while also developing new assessments to address a broader range of brain health conditions, including Parkinson’s, ALS, and MS.

"Beyond life science research, therapeutics development, and clinical practice, Linus is also pursuing in senior care markets to address the need for cognitive health screenings for the growing aging population. Our platform can give facilities the ability to detect and address individuals’ cognitive health in their care plan," said Bates.

Linus’ mission is to revolutionize the approach to brain and mental health to help address the growing need for care as Alzheimer’s diagnoses, as does so many other brain health challenges, continue to climb, he told me.

"Success will be having our platform available worldwide and becoming a part of the primary care annual visit, with our screenings used to treat individuals and optimize their brain health throughout their life with regular cognitive testing and monitoring that is coordinated with intervention providers — molecular, digital, and lifestyle — to truly enable precision brain health for every user."