How does SoFi make money?

SoFi makes the majority of its money off interest and sales of student, personal, and home loans 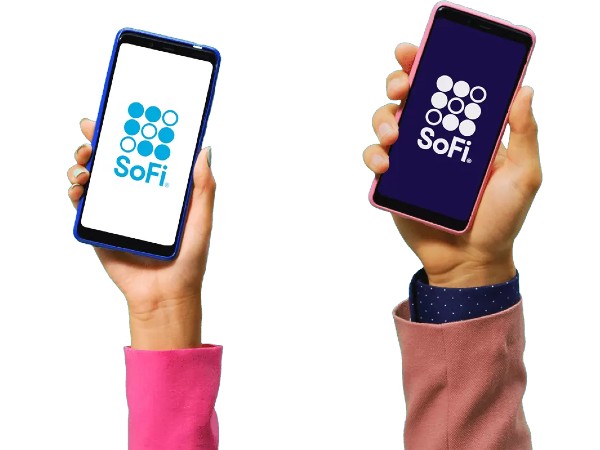 As hot of a sector as FinTech has been for the last number of years, with the sector seeing $105 billion in venture investments in 2020, its third highest year ever, one segment has struggled, at least when it comes to the public markets: companies focused specifically on lending.

In 2014, there were two companies in the space had their IPOs only a week apart, and both went bust. One was OnDeck Capital, which went public in December of that year, valuing it at $1.5 billion. It quickly fell below its IPO price, though, and never came back above water; it was acquired by Enova in 2020 for just $122 million.

The other was Lending Club, which also went public in December 2014. The company raised almost $900 million in the largest U.S. tech IPO of 2014, valuing it at $8.5 billion; however, Lending Club was rocked by scandal in early 2016 when it was revealed that co-founder and CEO Renaud Laplanche had resigned following a after a probe into potentially illegal loan sales. The company never fully recovered and it's now trading at $15.53 a share, a hair over its $15 IPO price.

Those two examples seemed to signal that the lending startup boom may have gone bust, but  there are now some signs of life: in January, consumer installment loan provider Affirm held its IPO and saw its stock soar 98%. The company, which was valued at $23.6 billion, is now trading at $60.74 a share.

Right before Affirm debuted, financial services platform SoFi also announced it would be going public via a SPAC merger with Social Capital Hedosophia Holdings Corp V, a blank-check acquisition company formed by Chamath Palihapitiya. The deal would value the company at $19.6 billion.

Founded in 2011, SoFi was formed as a provider student loan refinancing options. Since then, the company has expanded into offering other types of loans, including home loans, personal loans, in-school loans, while also introducing non-lending financial products, such as money management and investment product offerings, as well as a credit card.

"We are a member-centric, one-stop shop for financial services that allows members to borrow, save, spend, invest and protect their money. Our mission is to help our members achieve financial independence in order to realize their ambitions," the company wrote in its filing with the SEC.

"To us, financial independence does not mean being wealthy, but rather represents the ability of our members to have the financial means to achieve their personal objectives at each stage of life, such as owning a home, having a family, or having a career of their choice — more simply stated, to have enough money to do what they want."

The company's revenue is divided into three segments: Lending, Financial Services, and Technology Platform, with its Lending segment remaining, by far, its biggest driver of revenue.

"There are many different ways companies make money in lending—some make their money on origination fees and get paid when a borrower takes a loan, others by holding the loans and making money from the interest the borrower pays, and others by selling loans after they’re made to investors while maintaining some ownership for themselves," the company wrote in a blog post.

SoFi makes money from the latter two methods: interest, but primarily from securitizations and whole loan sales. Whole loan sales are where the company sell a groups, or a pool, of loans in their entirety to investors, while securitizations are where its groups the loans together and their combined cash flows pay specific groups of investors, called tranches, in a specific sequence.

"The buyers in these securitizations are institutions like pension and insurance funds, as well as other asset managers, who pay a premium upfront for the future potential cash flows from the loans. We’re able to make money through securitizations because investors trust the quality of our loans," the company said.

SoFi made $331.9 million from its lending segment in the first nine months 2020, accounting for 84% of its total $394 million revenue; that included $139 million from net interest income, which the company defined in its S-4 as "the difference between the earned interest income and interest expense to finance loans."

Its earned interest income totaled $271 million, including $244 million from loans and $18 million from securitizations.

The second largest revenue driver for SoFi is its Technology Platform segment, which consists of a minority ownership of Apex, a provider of investment custody and clearing services, as well as its Galileo, a provider of technology platform services to financial and non-financial institutions, which it acquired in April of 2020. Galileo offers services such as account setup, account funding, direct deposit, authorizations and processing, payments functionality, and check account balance features.

During the first nine months of 2020, Galileo accounted for $52.2 million, or 89%, of the $58.8 million in total net revenue for the Technology Platform segment, and 13% of SoFi's consolidated total net revenue.

The company earns fees on Galileo’s platform in two ways, the first being technology platform fees, which are based on access to the platform and which are specific to the type of transaction.

For example, SoFi offers what it calls "event pricing," which includes a specific charge for an account setup, an active account on file, use of Program, Event and Authorization APIs, card activation, authorizations and processing, and card loads. In addition, the company also offers "partner pricing," which is the back-end support it provides to Galileo’s customers; that includes live agent customer service, chargeback and fraud analysis, and credit bureau reporting.

In all, technology platform fees totaled $51.6 million of the revenue taken in by Galileo.

​Finally the smallest of the three revenue streams is the company's Financial Services segment, which consists of cash management and investment services. That includes SoFi Money, a digital, mobile cash management services, through which the company generates interest income from deposits in member banks, as well as payment network fees through member bank issued SoFi-branded debit cards.

SoFi also offers a mobile investing solution called SoFi Invest; the company doesn't charge trading fees, other than for cryptocurrency trading, but instead generates interest income on cash balances that it holds, and as well as through brokerage revenue through share lending and pay for order flow arrangements.

Revenue from the Financial Services segment totaled $7.8 million in the first three quarters of 2020, or 1.8% of total revenue. 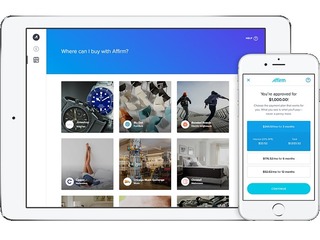 How does Affirm make money? 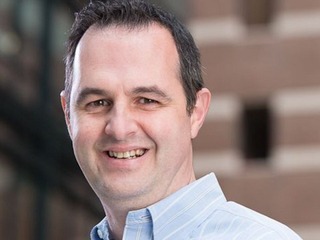 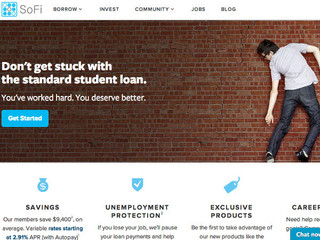 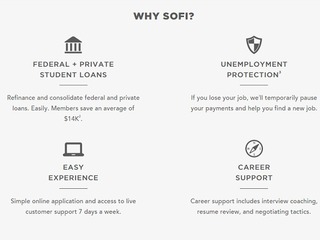 SoFi raises a $1 billion round, likely putting IPO on hold