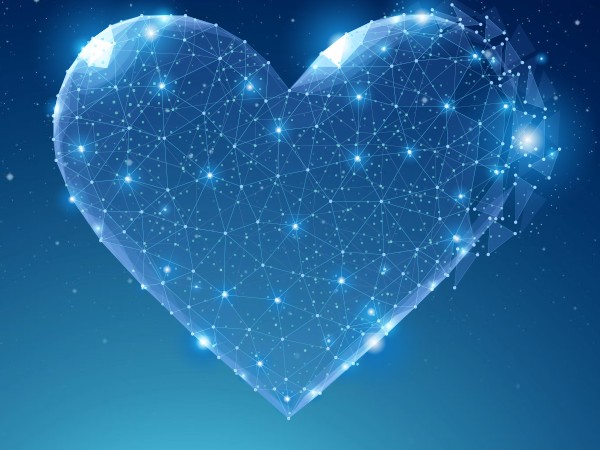 Interoperability might be a buzzword in healthcare, but that doesn't mean it isn't important: thanks, in large part, to electronic health records (EHRs), approximately 30% of the world’s data volume is now being generated by the healthcare industry. By 2025, it is expected to reach 36%, growing faster than sectors like manufacturing, financial services, and media.

Having all that data is useless if the systems can't talk to each other, though, said G. Cameron Deemer, President of DrFirst, which announced a $50 million new funding round on Wednesday. DrFirst is a technology platform that is embedded in roughly 300 different EHRs, solving problems around workflows, interoperability and patient compliance.

"It was a huge step to get to the point where people could send a record to somebody else. It's like the lowest possible level and finally the federal government drove adoption of secure email standards in order to make it possible. But even if you send a record, what are you going to do with it? Can you import it? So then the government worked on, “Okay, you have to be able to import a record after you receive it,” and they finally achieved that so everybody can theoretically import a record. But you know what? That still doesn't mean anybody can use it," he said.

"The fact that you understand the value in a field doesn't mean your system can import that value. One of the big challenges now is the last mile, the things that have been intractable for people."

For example, each EHR will have a drug compendium database, where each drug has its own code. That does not mean, however, that the person receiving that information uses the same drug compendium. So, the drugs in one database might not match the drugs in the other database. There are also cases where the language doesn't match; one database might use the term "oral" and the other might use “by mouth,” causing barrier to semantic interoperability.

DrFirst solves these problems by working primarily in what Deemer calls "the triangle of care," with a physician at the apex, the pharmacy and hospital at the other two corners; the company connects all of them so they can work together and collaborate on the patient, who's in the middle of that triangle.

For example, when a patient enters a hospital, they will be asked what medications they take, but people have incomplete memory, or they may not be responsive. So, the hospital is going to pull a med history report from an industry standard source. However, the report is going to be incomplete, and the hospital may not even be able to import it. DrFirst takes that report and cleans it up, while also bringing other sources into it, such as pharmacies that patients may have been visiting, as well as information from payers.

"The data in the standard feed doesn't have instructions for how the drugs should be taken. That means the hospital personnel have to get on the phone and call somebody in order to fill that information. We use machine learning and AI to fill in the gaps," said Deemer.

As a result, DrFirst can take what's about a 70% complete patient record and make it close to 95% complete, saving tremendous time and hassle, and also avoiding adverse drug events when you're admitted to the hospital.

"From a hospital perspective, it's just like magic, but behind the scenes we're filling in gaps, we're converting terminology and we're matching drug codes that otherwise might not match very well when they're being brought into the hospital. So, a lot of the work we do is like that: we fill gaps in the EHR systems because of our broad footprint across this whole space and all the different stakeholders who care about the patient."

DrFirst's solution is currently being used by nearly 300,000 healthcare professionals, including more than 100,000 prescribers, nearly half of the EHR systems in the U.S., and more than 1,400 hospitals in the U.S. and Canada.

One aspect of the company's platform is its telemedicine solution; it's an extension of DrFirst's collaboration platform, which lets people communicate within their organization, to other organizations, or to the patient. DrFirst added a telehealth component, expanding it to over 100,000 providers last year, so they can reach out to a patient in their home.

Telemedicine became ubiqituious during the pandemic, with a slew of companies in the space raising funding and expanding services, including Amwell, MDLive, Carbon Health, 98point6, Eko Health, and Binah.ai; while it's a crowded space, there are a few things that separate DrFirst from the rest of the pack, James Chen, CEO and Founder of DrFirst, told me.

One is it DrFirst works more from the provider side, extending their practice out into the community, rather than having the patient coming in through a different channel. The other big differentiator is that DrFirst's telemedicine platform is about helping the entire care team collaborate on a specific patient.

With DrFirst, a group of providers including specialists and primary care doctors, can form a private, patient-centered chat, allowing them to work together in order in the exam room with the patient via a tele-video session.

"Hospitals might have some other simple telehealth solution, but it wouldn't do that trick because you have massive requirements for connecting many people together. One of the 1,500 bed health systems in New York used us to replace some of the telehealth vendors they had before. They had one vendor for this purpose, another vendor for another purpose, and another one for another. They used us to replace all three vendors. It's a heavy duty job to do that kind of connectivity," said Chen.

Ultimatelty, this all allows DrFirst to help providers work on more complex cases that they wouldn't be able to on other telemedicine solutions.

"We're focused on helping existing providers extend their practice more efficiently. It's not about creating a whole standalone provider network service. We're focusing on the more complex use cases that health systems have to deal with. If they're going to really digitally transform then they have to have something that can handle the hard cases as well as the really easy cases. We're trying to be an industrial strength backbone for this digital transformation," said Deemer.

DrFirst's new funding round was led by Sixth Street Growth, making its second investment in DrFirst in seven months after investing $35 million in the company. DrFirst also raised  $50 million from Goldman Sachs Growth, in 2020, bringing its total raised over the past year to $135 million.

The new funding will be used, in part, toward accelerating the company's growth so it can create connections to all different parts of patient care. The company will also be going deeper into its existing markets, looking to grow from 30% of the acute care market to 60% to 70%. The company is also looking to grow its footprint on the patient side, while also starting a new market vertical around pharmacy.

"We want to take a lot of the tools that it has used on the ambulatory and acute care side of things and make those available to pharmacists, as well. They're really trying now to become a stronger, more recognized member of the care team, and we'd like to help them accomplish that," Deemer said.

Along with the funding, it was also announced that Lee Mooney, principal at Sixth Street, has joined the Board of Directors at DrFirst.

"Lee has a number of connections in the healthcare space. We actually believe that he will bring us some relationships that we didn't have previously, but Lee’s also a pretty astute businessman. He's working with us on tweaking a few things, and we very much value his opinion, we're happy to have him as part of the board."

In terms of the immediate future, the company has a number of potential options for where it can go from here, Deemer told me. While DrFirst is looking at the public market as a way to tap into capital to really accelerate growth, there's also the possibility of working with a strategic that has the same kind of interest we do and the same desire to have a breadth of reach.

On a larger level, though, DrFirst's mission is to connecting all of the disparate players in healthcare, creating a platform that everyone can trust, most notably the patient, Chen explained.

"The macro level of forces that are moving from the fee for services into the value-based economy, you really are seeing that patients being driven into the driver's seat, which they never were given before. So, at this juncture, you have to worry about what's the role of big tech versus the role of the entrenched healthcare organizations, like UnitedHealthcare, Humana and Cigna, all the major players, as well as the provider side. You have the post-acute care, as well as acute care, and all the ancillary services together, so everybody's now putting a lot of focus on the patients," he told me.

"How do we put tools in the hands of patients so that they can begin to trust a platform that they can actually depend on to protect their information, to help them to connect with people in a timely manner? That will be a great challenge for anyone. So, uniting the “Healthiverse” is essentially trying to say that we are creating a trusted platform for everyone. We provide enough value so all the groups work together in such a way that they can best serve the patient."