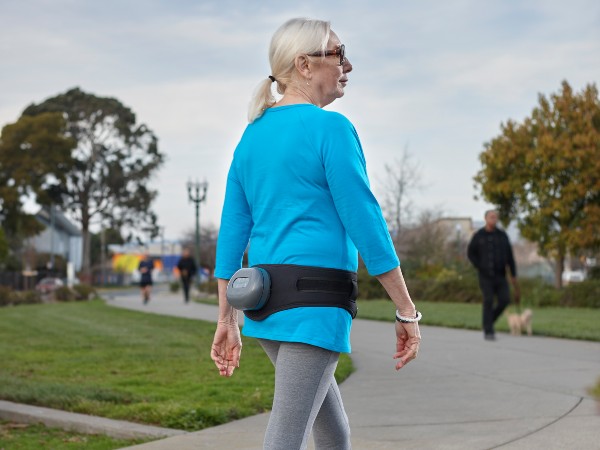 We all lose bone as we age; our bone mass peaks in our 30s and then it declines. In the US, there are 44 million Americans with osteopenia, which is mild to moderate bone density loss, while another 10 million have osteoporosis, which is severe bone density loss.

Yet, for a problem that affects so many people, there really aren't great treatments right now.

First, there are no measures being taken to actually prevent bone loss; patients are only given medications once they already have osteoporosis, and those medications have severe side effects, said Laura Yecies, CEO of Bone Health Technologies (BHT), a developer of a hardware device for improving bone health using vibrations. The company announced an oversubscribed $2.5 million funding round on Monday.

"It'd be like the equivalent of statins only being prescribed once you're about to have a heart attack. What we need in the bone health field is the equivalent of a safe blood pressure or statin medicine that you can intervene with early and prevent these big problems down the line," she said.

"For most of the people with osteopenia, their doctors tell them to exercise and make sure you have enough calcium, but extra calcium doesn't help. If they're already getting enough and a lot of these patients feel like they're on this precipice, their bones aren't terrible but they're getting worse, and there’s nothing to do until you get to this more advanced state."

BHT's solution called the Osteoboost, a two-pound belt that patients can wear while doing their daily activities, which uses vibrations to help keep their bones strong and prevent osteoporosis.

A device based on NASA research

The technology that BHT is using is actually based on NASA research, which proved that vibration would improve bone health in astronauts by having them stand on plate that would send vibration up through the skeleton.

"Astronauts lose a lot of bone when they're in space. Bone needs force to stay healthy, so it's, 'Use it or lose it.' When you're in space, your bones get no force, so astronauts lose in one month the equivalent of a year of what you would lose on Earth," Yecies explained.

The problem with the plates used by the NASA astronauts was, one, they're very expensive, and, two, they're hard to use, as you have to stand on them doing nothing, since your knees need to be locked.

That's why the founders of Bone Health Technologies took this idea of the whole body vibration and localized it: not only can the device be worn anywhere, but the vibrations are applied directly to the sacrum, which is the vertebra at the end of the spine.

"The benefit is not only is it much more convenient, because you can wear it while you're walking the dog or doing laundry, but the hips in the lumbar spine are where you have most of the fractures, so we're concentrating the vibration in the area that needs it the most. So, that's the genesis of the idea and the fundamental science," said Yecies.

While bone loss affects both genders, it's a particularly big issue for women: one half of all women over the age of 50 will have a fracture due to osteoporosis, usually on their hip, wrist, or spine.

That's why the company is specifically studying the treatment of postmenopausal women with osteopenia, and that's what it's applying for FDA clearance for as well. The company has already done a proof of concept study, which included 17 women; based on that study, BHT received a $2 million grant from the NIH for its pivotal trial, which is currently underway.

The current study, which will the company will use the majority of its funding to complete, will include 126 women in all; this is where it will gather the data that will be used to submit for its FDA clearance so it can sell its prescription device.

"We don't have the results yet, but what we're hoping, based on the proof of concept study, is that we can reduce bone loss by a couple percentage points of density per year and that would be cumulative. What we're also projecting is that there's a lot of good data that shows for every 1% improvement in bone density, you reduce fracture risk by 2%. So, my goal is that we're significantly reducing fracture risk if people use this for five or 10 years," said Yecies.

Once this study is finished, BHT plans to expand to other areas, including studying the effect of the technology in men, as well as for patients who already have osteoporosis.

"As a startup, all those things take capital, and our access to capital will improve once we've proven the first effectiveness."

Along with the new funding, the other big announcement from BHT is that is has appointed three new members to its board of directors: Karen Drexler, MBA; Nancy Lynch, MD, MBA; and Sam Goldberger, MD, MBA. A founding member of Astia Angels, Drexler has board positions at ResMed, Outset Medical, Tivic Health, and VIDA Diagnostics.

"Her experience is very much in the prescribed medical device for home use, so she has experience in CPAP and diabetes. She has very, very direct experience, as well as board experience, and she's someone who I've gotten to know over the years and who I really respect."

Goldberger is the co-founder and Managing Partner of Ambit Health Ventures and has over 28 years of surgical experience, while Lynch is a Board-certified, fellowship-trained orthopedic surgeon and a fellow of the American Academy of Orthopedic Surgeons. She has served as Chief Medical Officer of and consultant to several medical device companies.

"Dr. Lynch is an orthopedist, so she's obviously very knowledgeable about bone health, and she works with a number of early stage companies that are doing clinical trials in the field of bone health. A lot of the devices that she consults on are surgical but her knowledge is very, very relevant," Yecies told me.

"And then Dr. Goldberger, who is a surgeon, he is one of our investors, so he brings both the medical perspective, and he has a lot of insight into our go-to-market and how we market to doctors, as well as representing the investor viewpoint."

These three new board members will be joining existing members John Osborne, Managing Partner at Good Growth Capital, who was one of the first investors in the company, along with BHT founders Dan Burnett and Michael Jaasma.

The new funding round was led by Good Growth Capital, along with Astia Angels, Ambit Health Ventures, Portfolia Femtech Fund, IT-Farm, Golden Seeds, Berkeley Angel Network, the Band of Angels, Reno Seed Fund as well as prominent individual Angel Investors. It brings the company's total raised to $4.5 million, including all of its grants.

In addition to using the money to complete its current study, the new money will also go toward building out the product, specifically an app that will help its users with compliance. That means reminding people to use it, giving them feedback, tracking their usage, and giving them reports so that they can share them with their doctor.

"If you look in the app store and you search for osteoporosis, there's not much there, which is really interesting considering that 54 million Americans have a problem with bone density. You can contrast that with the thousands of apps for diabetes or cardiac health or depression. So, there's really a green field of opportunity to encourage people and support people on their own health," Yecies told me.

"The device will be one component, but we want them to have adequate calcium and vitamin D and do other things from a lifestyle point of view to support optimizing their bone health.  We'll be in a good position to do that."

She points out, though, that studying bone density is more of a means to an end: the ultimate goal for the company is to reduce fractures, which will then lower the cost of care by eliminating the severe medical issues that fractures cause for the patient.

"We spend $19 billion as a country on fractures, just treating them, not even counting loss of income or people going into nursing homes. 20% of people with a hip fracture don't survive a year. If you go into a nursing home, people are there pretty much for one of two reasons: Alzheimer's, or they broke their hip. The ones who survive hip fractures, a big percentage of them lose their independence," she said.

That's why she is hoping to have tens of millions of patients use this technology to reduce these risks.

"The first goal is to show this works. I'm very optimistic about that, we haven't seen the data, but if it works I'm determined to get this to millions of people." 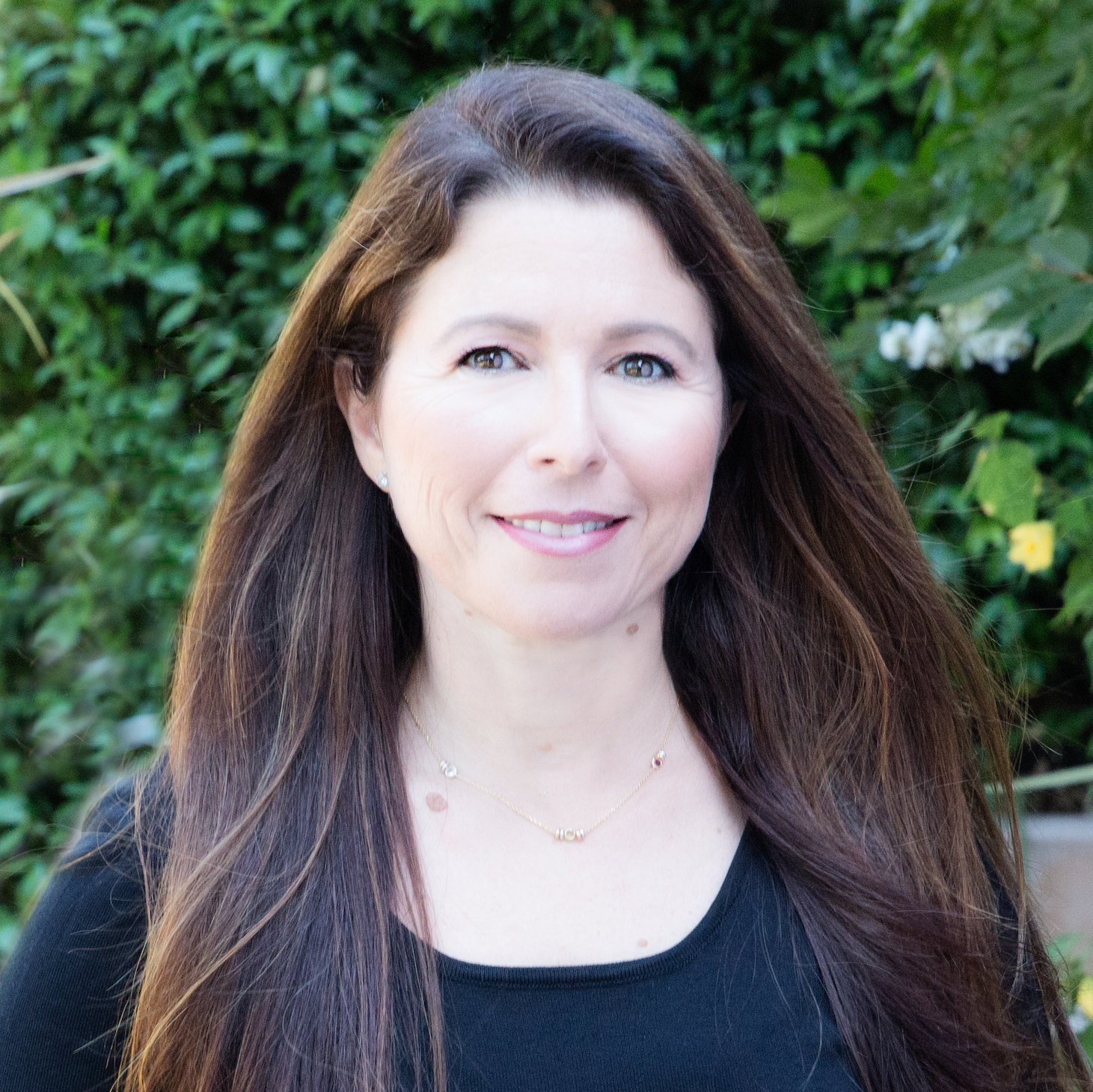