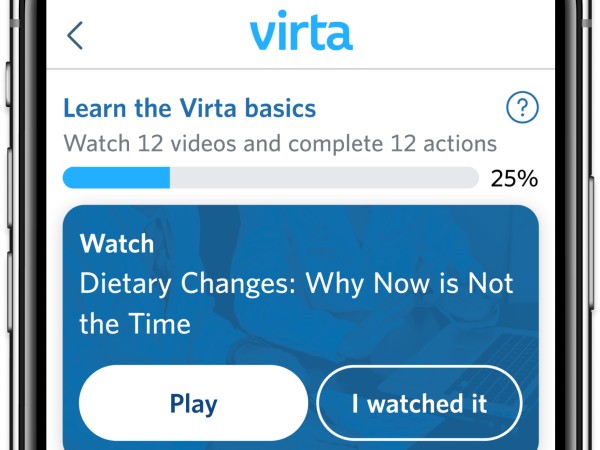 As dangerous as COVID is for the general population, it's even deadlier for people with comorbidities, such as asthma or heart disease. One of the most at risk are diabetics, who are twice as likely to die from COVID as those without diabetes. In a country where nearly half of U.S. adults suffer from type 2 diabetes or prediabetes, that makes a solution like Virta Health even more important.

The company, which looks to reverse type 2 diabetes and other chronic metabolic diseases without the use of medications or surgery, announced a new $133 million round of funding on Monday, led by Tiger Global.

"Tiger has a stellar reputation, and is known for backing top-tier companies across multiple industries. Their investment will help Virta make diabetes reversal an option for anyone that needs it," Sami Inkinen, Virta Health's co-founder and CEO, told me.

This latest funding round comes only five months after the company raised a $65 million round in December of 2020; part of the reason for raising another big round so quickly, he explained, was that the business has been growing fast, nearly 200% year over year. In part, that was due to the pandemic: as many telehealth and telemedicine companies saw huge gains over the past year, as connecting with a doctor over phone or video became the only way to access care for many people.

"COVID-19 has also highlighted the fragility of our nation's metabolic health, as those with type 2 diabetes and obesity fare far worse when contracting the virus," said Inkinen.

"For Virta, that means our treatment, to reverse metabolic diseases like diabetes through virtual care, is in high demand. We’re signing on new customers and exponentially increasing the number of patient lives that we cover. To meet that demand, we need to expand our team."

Founded in 2014, Virta Health has developed a treatment that directly addresses the root cause of type 2 diabetes through a system for delivering continuous remote care through technology. That means it has doctors and physicians on the back end making clinical decisions in real time, along with a clinical protocol to reverse insulin resistance.

Patients start with lab work and a televisit with a doctor, which allows the company to develop a personalized treatment plan. Then there are two phases for the Virta Treatment, the first being diabetes reversal, followed by the longer term success phase.

By using Virta, 94% of patients using insulin decrease or eliminate their dosage at one year, and 63% of all diabetes prescriptions are eliminated. That coincides with average drop in HbA1c (a measure of blood sugar) of 1.3%. That all translates to an estimated $5,000 per patient per year in gross savings for payers.

The round that Virta raised in December gave the company a $1.1 billion valuation, a number that has now nearly doubled to $2 billion with this latest funding round. That, Inkinen said, is an validation of not only the demand from the market, but also the success of Virta's treatment, as well as a reflection of the current state of diabetes care and the eagerness for a newer, better future.

"In the U.S. alone, $2 trillion has been spent on diabetes in the last decade without any improvement in population outcomes. Virta has demonstrated the clinical and real-world evidence to change this. Now it’s about scaling," he told me.

The new funding will go toward supporting growth in Virta's research and product innovation, along with helping drive adoption of its treatment platform. It will also be used for hiring and growing its team across all parts of the business to meet the demand for diabetes reversal.

"We are thrilled about this investment. But at the end of the day, money means little if you aren’t using it to make an impact, to make a difference in patients’ lives. We’re already doing that, but on a small scale when compared to the scope of this problem in America and beyond," Inkinen explained.

"We have the potential to really change the course of history here, to actually improve the trajectory of the diabetes epidemic. I’m confident this latest round will help get us there."

One of the big questions is, once COVID is finally no longer as much of a threat, whether or not virtual care will remain a big part of the healthcare ecosystem, or if patients will mostly revert back to their old habit of seeing a doctor in person.

For Inkinen, the answer is obvious: it's here to stay and it's still only early days in the trajectory, even with the drastically increased adoption and investment in the last several months. He believes that, going forward, more advanced forms of telehealth, similar to Virta’s continuous remote care model, will drive a shift away from disease management and toward prevention and reversal.

"In this model, patients are in touch with their providers multiple times per day, and receive care, often proactively, when and where they need it. This model enables sustainable behavior modification, medication de-prescription, and even chronic disease reversal," he said.

"All said, it’s early days for telemedicine. Through delivering diabetes reversal, we hope to advance and commercialize the next generation of virtual care that can have a true impact on population health."

The Virta treatment reverses type 2 diabetes and other chronic metabolic diseases, safely and sustainably, without the risks, costs, or side effects of medications or surgery. Our mission is to reverse type 2 diabetes in 100 million people by 2025. 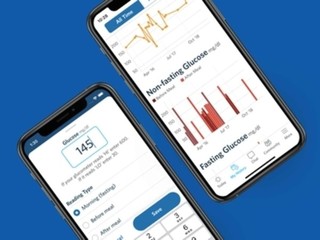 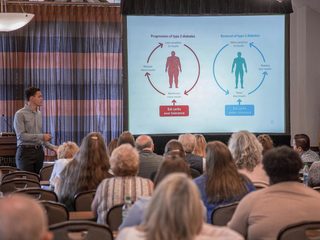 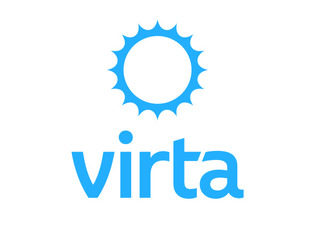