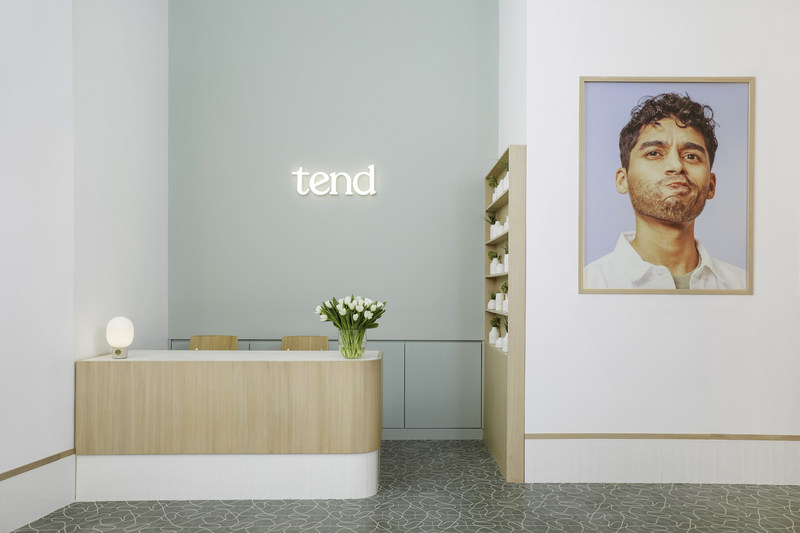 Put together, this shows that people know they need dental care, but they are being held back by a variety of things, from cost to access.

That's the problem being solved by Tend, which calls itself "the first dentist that people actually look forward to." The company uses technology, including online booking, modern tools, and personalized care, to improve the patient experience and provide smarter, faster care.

"We've stepped into a $142 billion category that's completely antiquated, known for long wait times, surprise bills, judgment from practitioners and generally unpleasant experiences. We started Tend under the belief that going to the dentist shouldn't feel like it's 1984," Doug Hudson, co-founder and CEO of Tend, told me.

"We have completely modernized and refreshed the experience, making it something that people actually look forward to. We’ve launched a suite of products that people are going to be excited about. That's what we're creating here at Tend."

Tend's solution has caught wind of investors as the company announced a $125 million Series C funding led by Addition, with participation from existing investors including GV, Juxtapose, Redpoint and Zigg Capital. With this latest fundraising, Tend now has a total of $198 million.

Launched in October 2019, Tend operates its own dental clinics, allowing patients to book appointments on its online portal, enabling them to not only schedule their visit at a time that's convenient to them, but also to personalize the experience. Patients are able to access their personalized treatment plan through the online portal and connect with clinicians directly in-between visits.

Tend now serves more than 20,000 patients across six locations across New York City, and each Tend Studio is equipped with screens to visually walk patients through each step of their treatment, along with technology that includes low-noise drills and 20 second pain-free X-ray scans, designed for transparency and precision.

Of course, operating in-person clinics has become more difficult over the last year, as COVID caused a shut down of in-person visits; as such, Tend was forced to close its studios for three months between March and June of 2020.

Since re-opening, it has implemented safety measures that include pre-and-post visit health checks, meaning that before and after a patient comes in, the company will get in touch to ask if they've had any symptoms of illness, or if they've been around anyone sick. It has also implemented contactless check-in, staggered visit times, zero waiting, and a health check on arrival.

"When you arrive, you’ll be greeted by a team member in gloves and a mask who will take your temperature with a contactless thermometer. If your temperature is within normal range, great. If you show signs of a fever, we’ll ask you to reschedule. We’ll also ask you again whether you’ve had any symptoms of illness, or if you’ve been around anyone sick, in case anything has changed," Hudson explained.

With the new investment, Tend says it be launching what it calls "a suite of comprehensive services and oral care products," which will include orthodontics through its invisible Breezy Braces,  emergency care, oral surgery, and pediatrics. The company also plans to use the new funding to expand, first by opening 14 new locations in New York City this year, before launching into new markets.

The company is looking at the top 20 markets in the US for potential expansion, Hudson said, but its first two new cities will be Washington DC and Boston, with plans to open clinics in both this year.

"We are starting close by in Boston and Washington DC. Both markets behave similarly to NYC and, given their close proximity, we will easily be able to export our team’s culture in order to deliver the same best-in-class experience our patients have come to expect," said Hudson.

"We expect that in five years, Tend is the dominant oral care brand that people get excited about. We want people to think of Tend when they think of oral care."

(Correction: this article previously stated that Tend would be opening up 20 new locations in New York City, rather than having a total of 20 by the end of the year)