The company's revenue grew by over 6X during the pandemic, and it onboarded 10 customers in 3 months 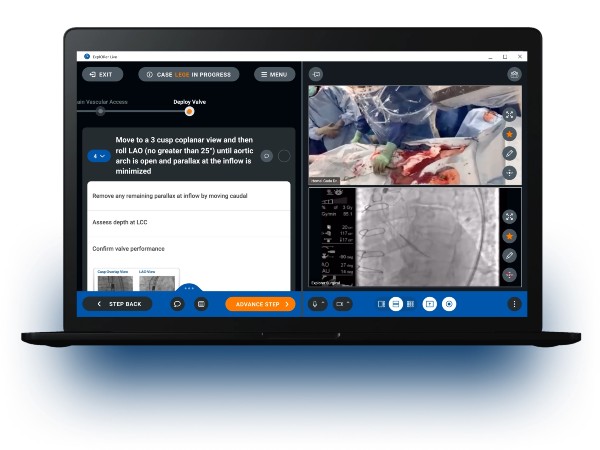 Surgery is much less risky than it's ever been, with death rates dropping significantly from where they were even 20 years. That's mostly thanks to advances in technology such as laparoscopy or robotic surgery, yet risks still remain. Open heart surgery, for example, has an operative mortality rate above 12% and a complication rate of 31.5 percent.

The best way to create efficiency and consistency across surgical procedures it to put more technology into the hands of surgeons. That's the idea behind ExplORer Surgical, which provides a platform with video, digital procedural playbooks and real-time intraoperative data capabilities to connect surgeons from anywhere around the world.

The company, which founded out of a research laboratory at the University of Chicago Medical Center in the Department of Surgery that studied operating room workflow and operation room efficiency, announced a $2.5 million funding round led by Aphelion Capital. All existing major investors participated, along with new investors, including Sofia Fund. With this new funding, ExplORer has now raised more than $11 million in funding.

ExplORer Surgical works with medtech companies who are "intimately involved with procedure support," Jennifer Fried, the company's CEO and co-founder, told me.

"We work across settings, including hospital, ASC, and office-based labs, geographies, and interventional specialties. Our most common use cases are for virtual proctoring, case support, clinical trials data collection, and product launch."

The company has "three key pillars" that enables this, she explained, the first being a digital playbook that show best practices live during procedures, mapping out procedures step-by-step as well as role-by-role. It then makes all of that content available in real-time during the case procedure, so there's no need to reference physical notebooks or text a colleague.

The second pillar is intraoperative data capture, which replaces the clipboards, pen and paper that Field Clinical Engineers typically use to capture data, as well as the Salesforce dashboards that often aren’t filled out by field personnel.

"We remove the friction and embed time-stamped, real-time data collection into our platform so that your team can easily capture all of the information that you care about in one place," said Fried.

The third pillar is ExplORer Surgical's most recent product addition: compliant remote connectivity, which allows its clients to put any team member into any procedural suite at any time, remotely, no matter where they are in the world. The company launched its Remote Case Support feature in early 2020, as a response to COVID, connecting OR teams with medical device reps who couldn't be in the room with them. This capability alone increased the company's sales 6X over the last year.

"This feature provides HIPAA compliant, two-way video and remote proctoring to the platform’s existing and unique procedural workflow, creating the first digitized playbook for all surgical roles and available remotely from anywhere in the world," Fried told me.

The combination of these three pillars, the digital playbook, the data capture, and now the remote capabilities, is what allows the company to provide value to its medtech customers, she said, along with the ability to choose how much of each feature they need depending on their use case or product.

In addition to its revenue growth, ExplORer also recently announced that it onboarded more than 10 new medical device customers in less than than three month, including some of the largest global MedTech companies, as well as startup companies including Prytime. More than 1,000 unique procedures have been built on the ExplORer platform.

The company plans to use its new funding to grow from 30 to roughly 50 employees, specifically building out its technology, marketing, and customer success teams, as well as to bring additional technology updates to its platform. It also plans to raise another funding round later this year.

The goal for ExplORer Surgical is to be the global software platform that powers procedural data and connectivity, and the company will measure its success by the number of patient lives that it touches every day, Fried said.

"The healthcare ecosystem is embracing digital and remote at record speed, which is incredibly exciting. The intra-operative environment has typically been a late adopter of new technology, as the stakes are incredibly high. We are excited to be a digital enabler for the surgical and procedural environment."