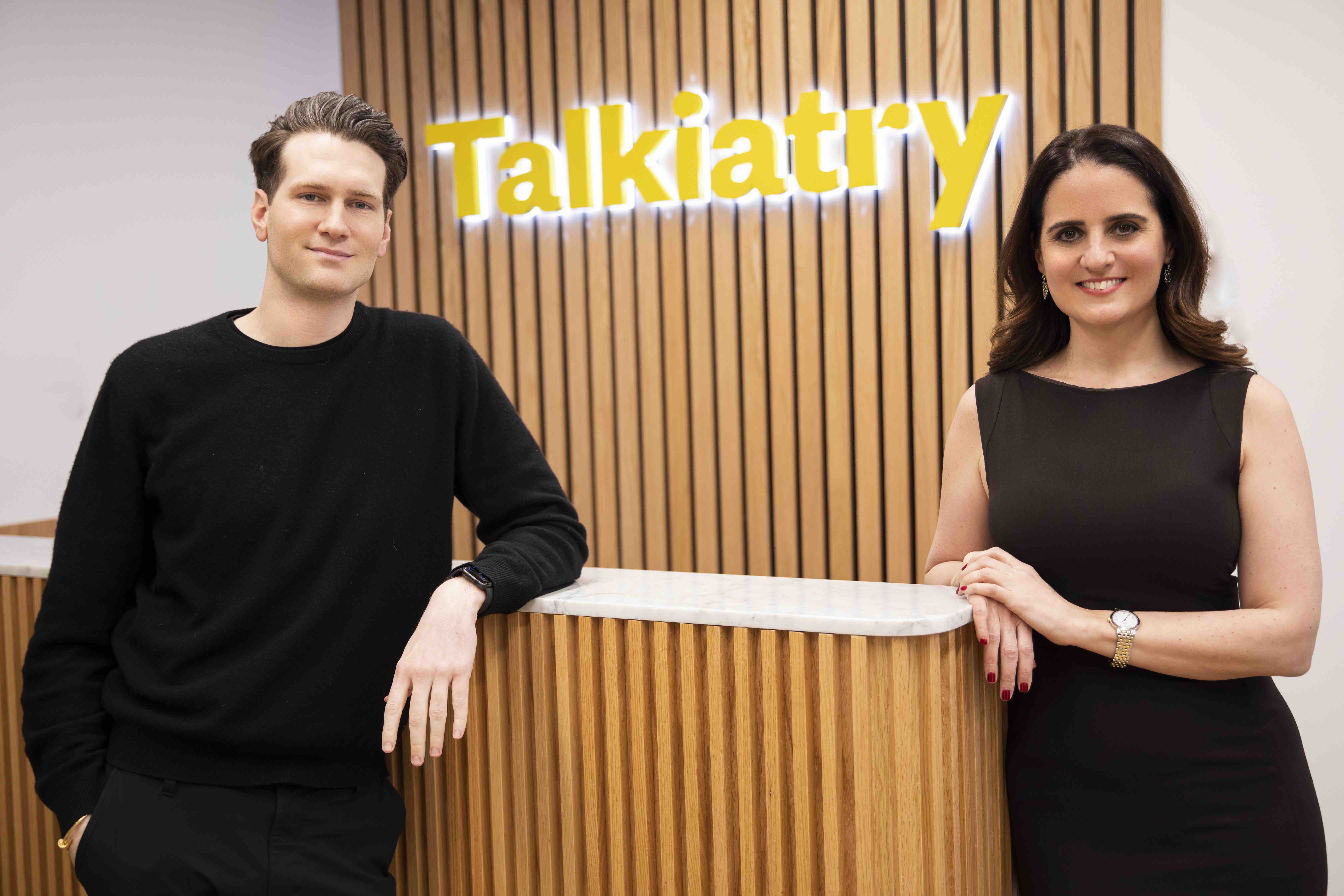 Despite the increased awareness of mental health conditions in recent years, as well as the onslaught of cases of anxiety and depression brought on by the pandemic, and the resulting isolation, many psychiatrists are still not covered by insurance. That's especially those in solo practice, only 62 percent of whom take any type of insurance or Medicare at, while only 35  percent will accept new patients using Medicaid.

Part of that has to do with the economics of being in solo practice said Dr. Georgia Gaveras, Chief Psychiatrist and co-founder of Talkiatry, a company that partners with insurance companies so that psychiatrists can provide in-network care, and which announced a $5 million Series A round of funding on Tuesday.

"If you do have a private practice, if you wanted to make it financially feasible you almost always had to take out of pocket payments, because reimbursements from insurance companies, historically, have been pretty dismal, compared to other specialties."

The end result of this is that even those who are covered by insurance are often forced to pay out of pocket for their mental healthcare, putting up an insurmountable barrier between patients who need care and their doctors. It also contributes to the 60 percent or so of adults in the US with a diagnosable mental illness who go untreated every year.

Targeting the insurers and the providers to help the patients

Talkiatry solves the problem by resolving the issues faced by the insurance companies and by the providers, in order to eventually help the patients, Talkiatry CEO Robert Krayn told me.

"The cost to treat a patient who has a physical and mental comorbidity, for example high blood pressure and untreated depression, is three times more than if they just had high blood pressure alone. So, it's a significant cost and it ultimately trickles down to the entire healthcare industry. It costs you more money in your premiums, because it's costing the insurance more money to treat  various patients, so we've tried to focus on how we solve the issue for insurers," he said.

Talkiatry gives the insurance companies access to high quality providers, as well as data on how to reduce costs, how to get people better faster, and how to detect conditions. By providing them them the in-network population of psychiatrists, and by putting them of all on the same technology platform, the insurance companies are empowered to make better decisions for their own patient populations, which helps them save money.

On the provider side, the company gives them the tools to help solve their issues, including  those that are compensation-related, support related or technology related. That includes the ability to choose patient populations that they're best suited to treat, as well as the ability to choose the best modality of care, whether it's telemedicine or in-office visits.

Ultimately, by solving the issues for the insurance companies and the providers, that also solves the issues that patients face.

"We solve the psychiatry issue there and create a platform where they can really flourish and practice medicine how they want to practice it. So, if we solve the insurance company's issues and we've executed great agreements and partnered with every major health insurance company to be in network, and we've partnered with a psychiatrist to meet their needs, ultimately, those two things will solve the need of a patient," said Krayn.

While patients who don't have insurance can pay out of pocket through Talkiatry, right now around 97 of them are insured. The company has partnered with all the leading insurers and Medicare; the only insurance it does not accept is Medicaid. The target patient is someone who isn't rich enough to pay out of pocket, but also not poor enough to be able to access government run insurance, like Medicaid or Medicare, which gives them access to clinics and federally qualified health centers.

"The bulk of that 60 percent of adults that don't get treated, they're commercially insured, they can't afford to pay out of pocket, and they're unwilling to go to a hospital or clinic to get care for depression or anxiety due to the stigma and other things. And so they're just left untreated, and really that's the bulk of the population that we're targeting."

Currently, there are 16 providers on the platform right now, and all of them are employees of Talkiatry, not contractors. While the company doesn't disclose the number of patients on the platform, Krayn would say that its in the thousands, and that the company had completed 12,000 visits between its April 2020 launch and January of this year.

The company's new funding round was led by Sikwoo Capital Partners with participation from Relevance Ventures and Richard Park, M.D., founder and former CEO of CityMD, bringing its total funding to $6 million.

Along with the investment round, it was also announced that the company now has three new board members: Cameron Newton, General Partner at Relevance Ventures; Dr. Richard Park, Founder and former CEO of CityMD; and Kenneth Breen, Partner at Paul Hastings LLP.

"Dr. Park brings a wealth of expertise, having built something like this before. City MD started around 2010, and now they're hundreds of locations and so they've executed extremely well and they've done this, similar to what we're doing, in an MSL model, in the same location. So, Dr. Park really brings a wealth of knowledge in terms of how to scale businesses like this from the physician side," said Karyn.

"He's done it before, so he's experienced any issues that we're likely to face the same way and growing. He really brings a pretty unique aspect to the board and to have someone with his expertise to ask these types of questions and help us guide through the process."

"Having someone like that on the board as well, just to give that kind of legal aspect when you're dealing with healthcare and dealing with medicine and other things, is always something important to have and you definitely want someone on the board who's focused on looking at things through that lens."

Finally, Karyn said, Newton has "had a number of successful investments in the kind of consumer space and other areas."

"When you're growing a business like this that also touches consumers as well as healthcare providers, there are things on the administrative side that's away from clinical operations that he brings a great thought process to. Whether it's connecting with other individuals from an operations perspective and things like that, just someone who's done it before and it has helped grow companies to be very large, again that's another differentiated aspect."

All three of these new board members will bring a new, and different, perspective to the company.

"It's great to have all these people around the table who have different differentiated views on the same topic because you're going to get really unique opinions from each one and that's incredibly important when you're building a large company. Dr. Gaveras and I, we have our own opinions internally, but we don't share any of the same viewpoints that these folks, experience-wise, might be sharing or coming from, so it's great for us to hear that as we're discussing things internally."

The new capital will be used Talkiatry to expand its operations and team of providers to 30 by mid-summer and then 45 by the end of the year. In order to do that, the company will be growing its team from 30 to 80 employees.

The company will also use the funding to continue grow out additional features, including a pre-diagnosis platform and patient-provider matching algorithm that uses 50 different data points, both of which the company expects to launch by the end of this summer.

"Ultimately, that'll streamline the entire process from a time the patient feels they’re seeking care to the time they're actually seen at the right provider. There's an issue where patients will contact 10 different providers to see who can help them, who’s got availability, but that takes providers time, it takes a patient's time, and there should be a way that they can go to one place and that place will tell them who is a good fit for them and why," Karyn explained.

"Talkiatry aims to kind of be the one to do that and picking up that workload is this technology platform that we're building."

The company has a number of different goals, depending on which side of the business you're talking about.

On the patient side, Talkiatry wants them to associate the company with high clinical standards and to be a place that can give them the answers they need, even if it isn't the right place for them to get help. More important;y, the company wants to have a measurable impact on not only the cost to treat patients and of the issues that the domestic mental health industry is facing, but also on reducing the percentage of adults in the US who go untreated every year.

"We want to see that number get down dramatically and our goal is really to solve that issue by focusing on insurers and providers. If we can be a major driver of reducing that over time, that would be great," said Krayn.

"Behavioral health has already been siloed, historically, for a very long time and it's very difficult to get measurable results, and so the only way you can kind of do it is if you really really understand it, and we would love to be the company that can do that. Those are the ways that we manage success."

Register for our May 19 Future of Mental and Behavioral virtual event. We'll have top-level VCs and C-level executives from the leading mental and behavioral companies, such as Ginger.io, Teladoc's BetterHelp, Amwell, Doctor on Demand, Kaiser Permanente, Bessemer Ventures and more. 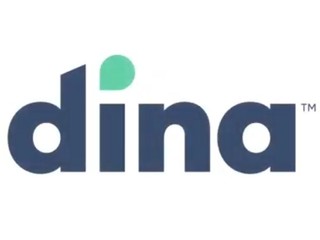 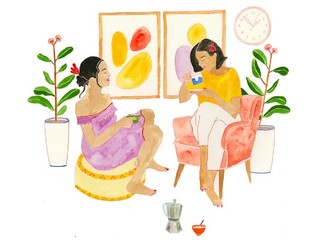 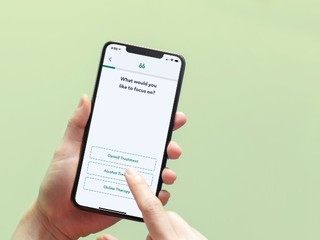