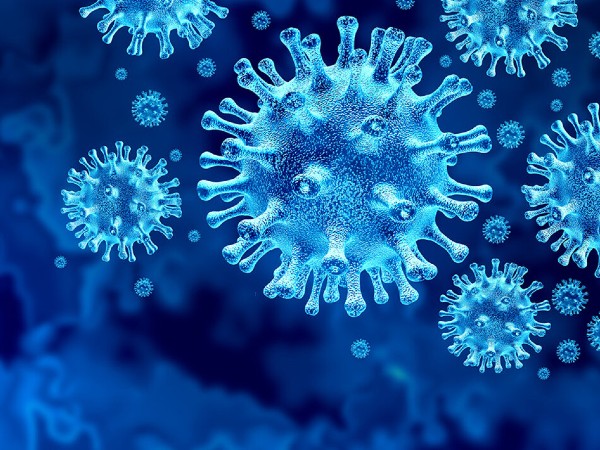 We're now around nine months into the pandemic, and a lot of the statistics we're getting are the same ones we were getting at the beginning. So, what are the right stats that we should be counting at this point to help us out of the pandemic? We hear a lot about case counts, but not everyone thinks that's a helpful statistic to report.

That is what some of the experts, policy makers and lawmakers said who were on hand at Healthcare in Politics, the latest salon held by Vator and HP last week.

"It was talking about some super spreaders, and basically saying that we were approaching this pandemic in the wrong way by looking at it as a flu pandemic versus a pandemic where you have these super spreaders. So, when you look at the data, are you considering that? Are you trying to find the 20 percent responsible for 80 percent of the cases?" Francisco asked.

Barr responded by mentioning a tool that Verily developed called Healthy at Work, which is a web portal that allows for symptom tracking; employees and students can enter information about exposure, so they may then be directed to get tested.


"On the employer side of things, they're going to have an understanding of which portion of their population is at a higher risk. Maybe they've been more exposed based on the information that they've submitted, or they can see some positive clusters. The responsibility would then lie on the university or the employer to make these ultimate decisions on what they should do when reopening their university, or maybe just a segment of their workforce," said Barr.

Francisco then asked her if Verily is doing any back tracing when they find positive clusters, to which Barr said that the company only provides population level analytics, and leaves the rest up to the institution.

"It will be up to the employer or the university to make their own decision, following within the guidelines of their local public health authority on what requirements would be for that area related to that cluster. It’s not the decision of Verifly," she said.

"How do you navigate the privacy and confidentiality aspect of adoption of your solution, both from the patient zero perspective and then also the contact tracing perspective?" asked Dubey.

"The analytics would help the employer understand the cluster. They're going to be the one who it would help to understand how to segment their population, whether it's by building a dormitory lab, whatever the parameters that they set up, then they will see that within that space there is a cluster positive, a cluster of folks who are exposed or have been frequently exposed to people, maybe even outside of work," Barr responded.

Francisco turned the question to two of the other panelists: Ed Simcox, Former CTO at US Health and Human Services and current Chief Strategy Officer at LifeOmic, and Rajiv Bhatia, Physician at Palo Alto VA, to see if they thought we should be doing more of what Barr mentioned. Bhatia spoke first, and admitted his "perspective is pretty far off from where the mainstream is," when he said that he wouldn't be counting cases anymore at all.

"The measures we should be doing are a combination of illness, like hospitalization, with a lab count, and a clinically relevant syndrome. To measure a laboratory test positivity, when in young people you have up to 70 percent who are asymptomatic, low severe morbidity, what are we measuring? Why are we measuring this? Why are we anxious about this? Why are we obsessed about this? Other than it's a business opportunity. It is astonishing the degree to which we've gone down this road and we have not measured what's important," he said.

"The history of how we measure pandemics is all there; it's not that this was new that we should focus on hospitalizations and deaths and not lab tests. It's just that we've gone down a very different road. But when we count lab positive tests, we don't focus on what's important. So, everybody thinks when test counts go up, and the case definition excluded illness, explicitly, that the CDC adopted, people get into panic."

While more cases sound bad to the common person, Bhatia thinks there should be more focus on what's happening in nursing homes.

"We did not do what we could have done to prevent deaths going up in the nursing homes. We've had the same proportion of deaths in nursing homes, which is as high in the first wave as the second wave, which means we didn't intervene successfully. That's where we should be putting attention," he said, as that would actually would help prevent deaths and hospitalizations.

"Where's the vulnerability? Where's the exposure? Where's the intersection of vulnerability and exposure? Stop the vector of exposure from getting to the vulnerable person; it's that intersection that you want to deal with. If you look at CalVet Homes, as of July there were two deaths, compared to thousands in California. All this can be done. It just hasn't been done. And case counts and lab test counts, they’re a distraction."

Dubey agreed, noting that, according to science, there are phases of pandemic in which case counts can be relevant early on but that time has passed.

"There is a pivot that, scientifically, the industry or the health system needs to do. They need to educate people, like, ‘Hey, we're stopping to look at case count, because we're past that stage of pandemic. Now we've focused on our vulnerable.’ That conversation hasn't really happened. John Hopkins has been the news of the day, which tells you the case count and all of that," she said.

She asked Simcox his opinion, and he agreed with what Bhatia had said.


"We're past the point where raw case counts and population level-case counts are what we should be focused on. I think a lot of people, the media, for instance, some policymakers and others, if we stopped doing that there would be mutiny, and a lot of very, very upset people because a lot of people predicate their stories, their clickbait, their social media, all that good stuff on that very vector, or factor," he said.

Simcox then pivoted to talking about contract tracing, and whether or not that was something that might be helpful at this stage as well.


"I'm a huge fan of technology-enhanced contact tracing. I think we have tools in our hands that could really help us. I'm not a public health specialist, I'm not an epidemiologist, but my understanding is you have to have the R factor very low, you have to have already stopped infection, for the most part, from happening in the community before you can even do contact tracing. It's a laborious thing. It's a trailing thing that we do. So, sometimes I think that we over weigh the benefits and the impact that contact tracing can have right now. Not that we shouldn't be planning to do it in the future but I would also like to hear from other people," he said.

"I know contact tracing is an old school, gumshoe thing, with clipboards and phone calls and things of that nature and going out into the community as a local public health official or epidemiologist or surveillance person, and gathering that stuff manually. But is it even going to help? Is it going to help us address this, contain it or recover from it? I'm not seeing evidence from other countries, or from places in the United States that have low counts, that it is efficacious, but I have an open mind about it. Because, if it is, then I think that we should be having a real serious conversation about balancing privacy, balancing the epidemic and doing technology-enhanced contact tracing."

Dubey responded that contract tracing did work in other parts of the world, because they did it early on.


"With HP being international, we have had experience over in South Korea, Taiwan, in other countries. Taiwan had experience with SARS, and so they responded really, really quickly and they did testing and contact reason at the stage of the pandemic where it made sense," she said.

"The cat is out of the bag at this point. There's no putting it back in the bag. So, I don't think it's is going to be a very effective strategy." 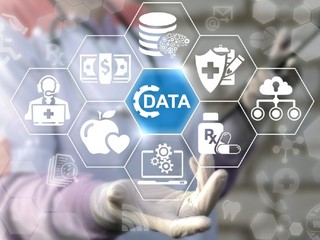