Billy Bob Barnett Brings Back the Historical Character of Texas

Preserving the best of Texas

Billy Bob Barnett has had a major impact on the state of Texas. He has worked hard to bring back businesses and historical sites in Texas, ranging from beverage industry projects to the restoration and development of the Fort Worth Stockyards. His dedication to Texas’ unique history has led him to put the state’s heritage first, ensuring that its special places and institutions will be preserved. 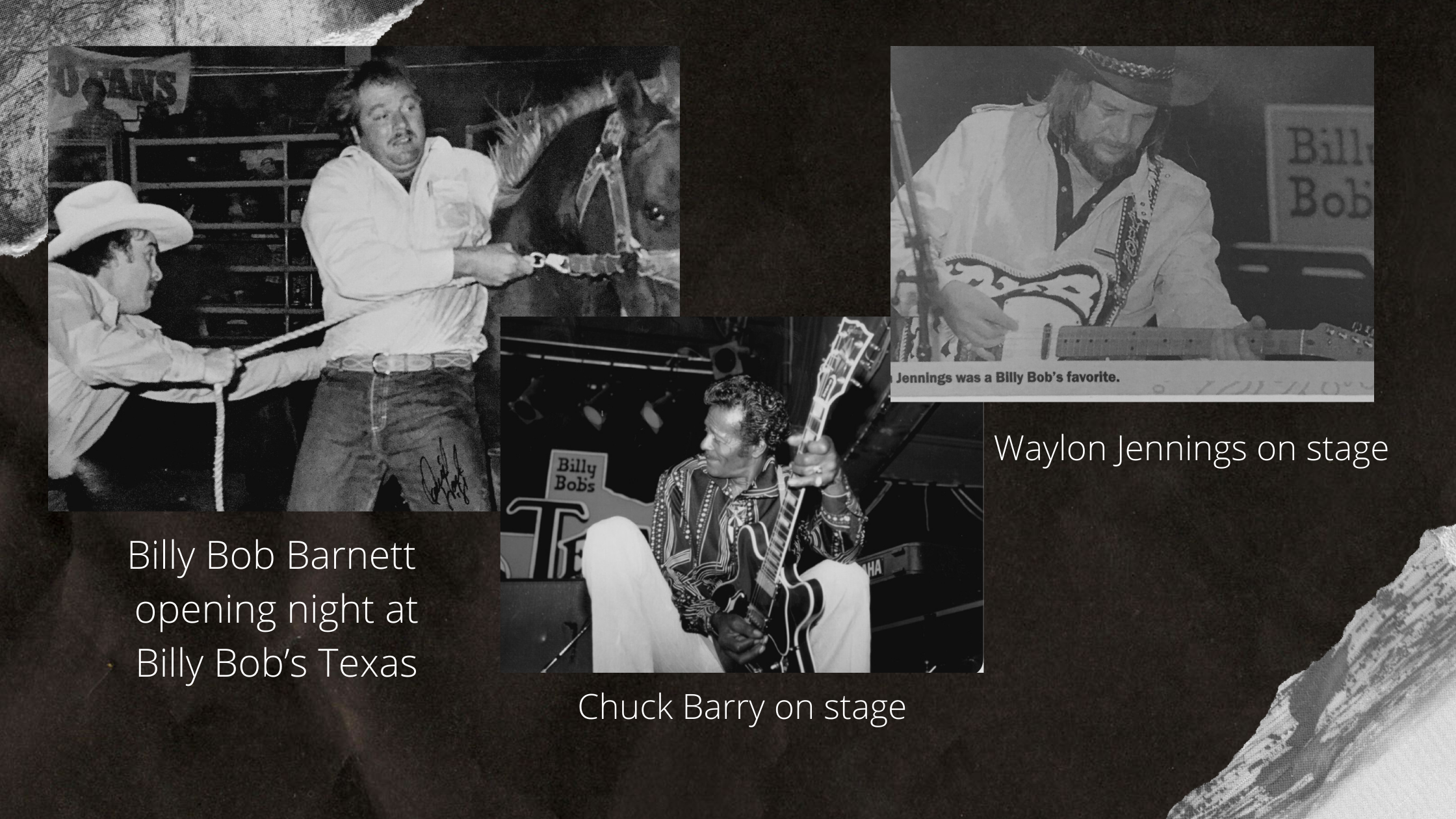 The Fort Worth Stockyards

The Fort Worth Stockyards has been recognized as a National Historic District. The stockyards were an important stopover for cattle ranchers driving their herds to the railroad. The city then built the Union Stockyards in 1887.

From its origins as a transportation center for the cattle industry, investors then built processing plants in Fort Worth to keep the revenue local. These plants helped the area grow into a bustling commercial center and gave Fort Worth the widely known nickname of “Cowtown.”

Other important buildings in the Stockyards included the Livestock Exchange Building and the Cowtown Coliseum.

Billy Bob Barnett became an important part of Stockyards history in 1981, when he purchased the area from a company based in New York to bring ownership of this historical area back to Texas. Barnett then went on to help secure $100 million dollars in federal funding to develop the Stockyards into a national historic site, preserving its unique place in Texas history for the future.

Today, the Stockyards is a thriving commercial center. Together with its historical use as a distribution center for cattle, the area now features dining, lodging, entertainment, and business centers. Expansions featuring more hotels, restaurants, and shops are expected in 2020.

Thanks to its designation as a national historic area, Stockyards business owners are able to take advantage of a 25 percent reimbursement on restoration expenses. This will help local businesses preserve their buildings’ historical character.

The Stockyards is a travel destination, and today, onlookers can enjoy the only twice-daily cattle drive in the country with Texas’ famous longhorns.

Billy Bob Barnett was inducted into the Texas Trail of Fame in 2017, and has his star on the sidewalk next to the front entrance of Billy Bob’s Texas.

One of the legendary entertainment centers located in the Fort Worth Stockyards is Billy Bob’s Texas. Barnett opened the nightclub with a partner in 1981 and although he no longer owns Billy Bob’s Texas, Barnett’s original idea continues to fuel its success.

Billy Bob’s Texas is acclaimed as the “World’s Largest Honky-Tonk.” The nightclub is a 100,000 square foot facility that can hold up to 6,000 guests. It is a hotspot for local music fans and one of the area’s best meeting spots.

Billy Bob’s Texas is one of the best destinations for fans of country and classic rock. Musicians like Alabama, Merle Haggard, ZZ Top, Garth Brooks, Tim McGraw, George Strait, Tina Turner, Chuck Barry and Willie Nelson have been headliners on the main stage. Billy Bob’s has been recognized multiple times as “Club of the Year” by the Country Music Association and the Academy of Country Music.

As the owner of a Miller Beer distributorship, Barnett was an important figure in bringing Lonestar beer distribution back to Dallas. During Barnett’s ownership, the sales of Miller Lite went up from $1 million to $80 million annually.

His introduction of the longneck beer bottle had strong benefits for the Texas beer industry. Barnett also introduced the 7-ounce bottle, giving beer distributors options in a crowded marketplace.

Barnett’s business experience helped to enrich the Texas beer industry, providing an example of success for others to follow.

Horse and greyhound racing have been a part of Texas heritage for many years. The industries were shut down in the 1930s, reducing local revenue and taking away part of Texas’ historical character. Billy Bob Barnett was an important voice in bringing horse and dog racing back to Texas in 1987.

Horse and dog racing produce $5.5 billion in annual revenue and creates 36,000 jobs. The sports also hold historical value for a state where horse ownership is important to local communities.

Bringing Historical Character Back to Texas

As a native son, Billy Bob Barnett has the best interests of Texas in mind at all times. He is interested in bringing back the values and character of historic Texas, showcasing all that is unique about the state.

Barnett is a champion of his home state and has done his part to bring back country music, beer distribution, and horse and dog racing. He was also instrumental in returning the Fort Worth Stockyards to Texas ownership and in securing federal funding to make the Stockyards a National Historic Site.

Through his legislative work and business consulting, Barnett will continue to have a strong impact on the Texas business and cultural scenes well into the future.