With over 350 million downloads at the time of this writing, Hotspot Shield can safely be called one of the top VPN providers for proxy services. At its core, Hotspot Shield protects users and their internet usage by using HTTPS encryption to keep prying eyes from seeing what they are looking at while browsing. While it may not seem like the "typical internet user" would need that level of protection, it continues to become something more people should think about. Using a VPN can help protect you and your passwords from hackers and scammers.

Hotspot Shield has just upped the ante by offering users Google Chrome and Firefox VPN plugins that will make anonymity and accessing blocked content easier than ever. While using terms like "blocked content" might seem like someone is up to nefarious activities, there are also plenty of practical uses for it. While America is pretty open when it comes to internet access, there are plenty of countries and regions that are much more strict when it comes to their citizens' internet usage. Take China for example. China's internet is some of the most restricted in the world, even things like Facebook are blocked. Using a VPN such as Hotspot Shield will give those users access to the largest social network in the world. 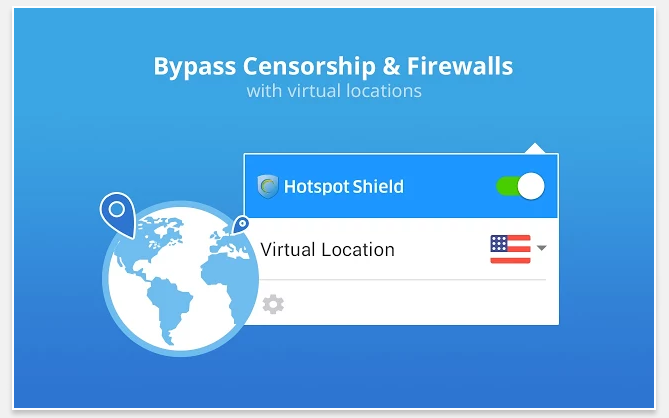 The best part of these new plugins? They are completely free. Hotspot Shield is offering these plugins free of cost. One would assume that their hope is that users who like the services, but decide they want more protection, such as WiFi security and malware protection, will turn to them for those services.

Protip: You can use these plugins to access Netflix shows that are not available in your country. For example, a US user could set their IP to look like it's coming from Canada, allowing American users to access glorious Canadian Netflix.