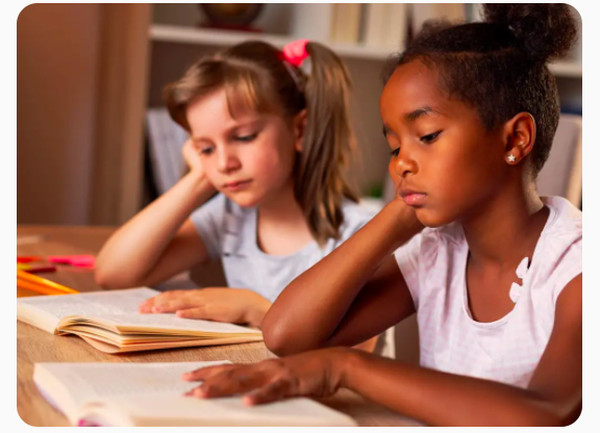 As parents everywhere hunker down for a year of homeschooling, the frustration of trying to juggle lesson plans and instruction time with work schedules and zoom calls is compounded by the fact that teaching is not something that comes naturally to most of us. And for many families, all of that comes with the added complexity of dyslexia.

Affecting as many as one in five people, dyslexia is one of the most common learning differences (aka learning disorders) in the U.S., and also one of the most misunderstood. Many believe dyslexia is synonymous with low IQ, and some educators don’t believe it exists at all—but the truth is that people with dyslexia are just as intelligent as the general population (in fact, it was first identified in 1881 when a German doctor was puzzled by a patient who had a high level of intelligence but struggled with basic reading and writing), and the science is clear: dyslexia is a brain-based learning difference.

So what do you do if you suspect your kid is dyslexic?

Enter Neurolearning, which has taken some of the cognitive tests used to identify dyslexia and created a screening app that any parent (or an individual who suspects she or he may be dyslexic) can download and give to their student in the comfort of their own home.

Created by Drs. Fernette and Brock Eide, authors of the international bestseller The Dyslexic Advantage, the assessment is broken down into nine subtests that measure four processing skills: phonological processing, working memory, naming speed, and visual attention, along with the achievement skills of reading at word level and passage reading. The result is a full 24-page report breaking down exactly where and how your student struggles, complete with visual aids and graphs, as well as a next steps action plan. And it’s remarkably accurate, with fewer than 2% of individuals receiving a false positive.

Why so many subtests?

“There are a number of independent contributors to dyslexia that work together. Dyslexia isn’t a single-gene phenomenon,” said Dr. Brock Eide in an interview. “There are multiple underlying factors that result in more or less dyslexia.”

Most of us are familiar with the myth that dyslexia is the act of reading or writing backwards, or that it’s a problem of visual acuity, but the truth is that dyslexia arises from structural brain differences. Neuroimaging methods have shown that when a non-dyslexic person reads, certain areas of the brain light up as the “reading network” is activated, integrating multiple visual, cognitive, attentional, and linguistic systems to rapidly derive meaning from a little hodgepodge of symbols. By contrast, those regions of the dyslexic brain have been shown to be atypical, so that instead of instantly deriving meaning from a series of letters, the dyslexic reader is in a constant state of decoding, which non-dyslexic readers rely on only in the initial stages of learning how to read.

But dyslexia isn’t one size fits all. Like hair and eye color, dyslexia exists on a spectrum wherein one person might have mild dyslexia while another has profound reading impairments. The Neurolearning app screens for the vast array of different presentations of dyslexia. 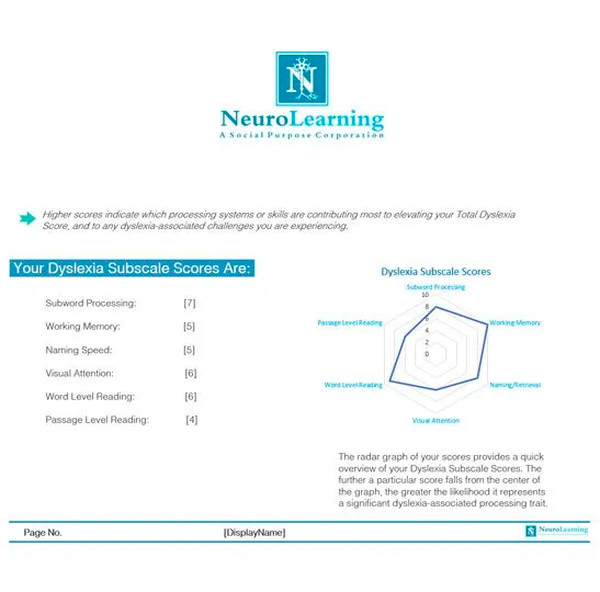 The Eides’ research has been instrumental in turning the conversation around dyslexia on its head. While educators previously thought about dyslexia in terms of impairments, the Eides have found that the dyslexic brain comes with a number of unusual abilities—what the Eides call MIND strengths: material reasoning, interdisciplinary reasoning, narrative reasoning, and dynamic reasoning. Individuals with dyslexia often go into fields that rely on these strengths, such as medicine (surgeons, radiologists), building (architects, construction workers), business (hello, entrepreneurs), the arts (novelists), science and technology (geologists, computer scientists), and more.

The Eides teamed up with serial entrepreneur/inventor Nils Lahr, who owns a number of patents and has sold several startups—and as if to prove their point, Lahr is dyslexic.

NeuroLearning currently offers a MIND strengths test through the portal that asks users to self-identify their abilities to see where they fall on the reasoning spectrum, but eventually the team plans to add an assessment of MIND strengths to the app that will measure users' abilities.

In the meantime, the Eides are working with school districts across the country to get the Neurolearning app into schools, where current first-line screeners are either subpar and miss a huge number of dyslexic kids, or don’t exist at all.

The app has seen some 2,500 unique users since its launch in 2019, but there have been some learning curves along the way. The app costs $50 on iOS and $40 on Kindle Fire, which is a fraction of the cost of a professional screening, which can run anywhere from $600 to $2000—but unless you already suspect your child is dyslexic, it’s a hard sell for the average person, who generally thinks of an app as something that should be cheap if not free. So the best marketing has come from word-of-mouth, with 30-40% of clients being professional screeners.

But Brock Eide isn’t too concerned about hockey-stick growth.

“Our goal is to have something useful instead of selling as many of these things as we can.”

That said, it’s critical to get your child tested if you suspect dyslexia—or if you don’t suspect dyslexia but you’ve noticed your student struggles with reading. A Canadian study found that adults with self-reported learning disabilities are more than twice as likely to suffer from depression and anxiety disorders, and while dyslexia isn't an emotional or psychological disorder, people with dyslexia are disproportionately likely to deal with low self-esteem and lower academic achievement, which may be due to the fact that so many dyslexic individuals aren’t diagnosed until adulthood (like Nils Lahr).

“The mission of our organization is to help people with dyslexia work to their potential,” said Eide. “We found many people were being hung up in their earliest experiences due to misidentification.”

The app can be used on tablets or smartphones and can be used by children as young as seven with adult supervision.