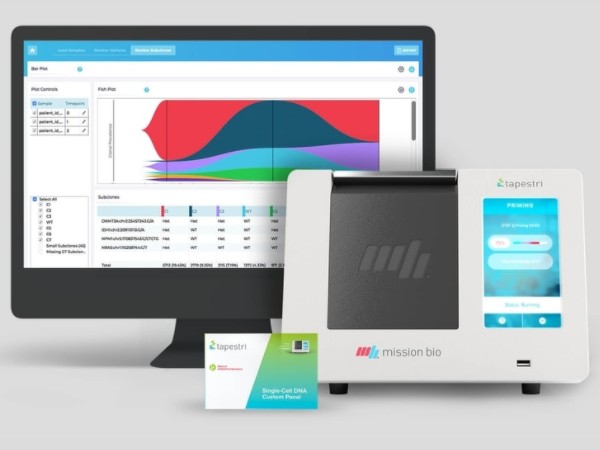 For good reason, the world is currently directing all of its attention and resources toward fighting COVID-19. Even with a pandemic raging, though, other health problems don't suddenly stop. People still break bones, have heart attacks and get cancer.

Mission Bio is a company whose entire mission is to get eradicate cancer, which it does through precision genomics; the company's technology, called the Tapestri Platform, is used by researchers, hospitals and clinicians to detect disease progression and treatment response, inform drug discovery, and verify gene edits.

On Thursday, Mission Bio announced a big new funding round that will help it achieve its goal, raising a $70 million Series C round led by Novo Growth, the growth equity arm of Novo Holdings. Soleus Capital also participared, along with previous investors Mayfield, Cota, and Agilent. The company last raised a $30 million round in December 2018, and this brings its total funding to more than $120 million.

Along with the funding, it was also announced that Robert Ghenchev, Senior Partner and Head of Novo Growth, has joined the board of directors at Mission Bio.

"Novo, as an investment vehicle overall has a really strong focus and a great track record across the life sciences and biopharma space. And it's really well aligned with our mission of building out to support the space and enable them to come to market much faster with drugs. So, they really are a world class, leading partner that we've been very excited to partner with into this space," Charlie Silver, CEO and co-founder of Mission Bio, told me in an interview.

Tapestri is single-cell multi-omics platform that reveals the molecular profile of each individual cell, allowing researchers and clinicians to create precise therapies and detect rare diseased cells that may persist after treatment, causing relapse. In can be used in oncology blood cancers, solid tumors, and genome editing validation.

Unlike other companies in this space, Mission Bio's technology is able to analyze tens of thousands of individual cells in parallel, which makes it 50 times more sensitive than traditional next-generation sequencing techniques.

"We have made a lot of progress since our last funding: we've been really building ourselves in as a brand name across clinical trials and really across the space. We are now adopted by about half of all of the cancer centers in the U.S., and many worldwide. And we're increasingly adopted by a lot of oncology drug development companies. We've been very excited about that," said Silver.

At the end of last year, Mission Bio launched the first ever capability for looking at both DNA and protein changes simultaneously in a cell, which he described as "a way of looking at all of the information that the cell has to tell you about what mutations are in it and then what the functional result of those mutations looks like."

This kind of technology is important, Silver explained, "because a lot of these precision drugs are activating or drugging pathways that are activated, often DNA mutations. But the way they work is that those pathways end up with proteins on the surface that the drug itself interacts with."

"Because of that, it's really important to know the protein on the surface of the cell at the same time as the mutation that ultimately is responsible for the disease. So now, for the first time ever, our customers have that information simultaneously, at the resolution of the disease, which is the single cell."

Some of the cancer treatment centers that have deployed Mission Bio's technology include MD Anderson, UCSF, University of Pennsylvania and Stanford; its pharmaceutical and therapeutic companies include LapCorp, which the company partnered with last year, Agios and Onconova Therapeutics. Mission Bio helps those companies find a more precise way of understanding how a drug is interacting with a patient, and to better understand whether the patient is or is not responding and why.

"It is just absolutely essential to getting these drugs through the pipeline. It turns out, only 3 percent of cancer drugs that were tested in clinical trials over the last couple of decades end up approved to treat patients. And, even those that are aimed with specific biomarkers, like mutations, still aren't effective in every patient with a mutation," Silver explained.

"We've really made headway supporting customers by helping them understand therapy resistance early because it's a very sensitive technology that can detect where a cell is in a population. You can look early in the course of treatment to understand whether the patient is resisting or responding, and then, based on that, understand how to design your clinical trial."

The company plans to use the new funding it has raised to scale the Tapestri Platform, which will mean doubling the company's headcount over the next year.

"Overall, the funds are really supporting our commercial growth, and really helping our mission of helping our customers come up with faster cures for cancer. So, we're using the funds largely to staff up all over, from R&D, operations and manufacturing through the product, and especially commercial. So, we're hiring across the company," said Silver.

The company will also use the funding to continue its expansion into the cell and gene therapy space which "has enormous potential for impact across many, many patient populations."

"In the early days of the single cell market, you saw a lot of technologies that played everywhere, broadly with different applications. We've been very excited to go deep in oncology, because we've seen great need there and within drug development time is money; it's all about how quickly we can get these drugs to market. Speed matters and, ultimately, lives matter. Every pharma company wins by saving lives. So, we're really excited to continue supporting the pharma space to help them get their drugs to market faster," said Silver.

"Above all, we are a company with a mission of helping our customers eradicate cancer. For cancer, every single cell matters because every cell is different and you've got to be able to detect every cell to really understand what the disease has to tell you. So, above all, our mission is to help our customers help their patients. We're just really excited to continue growing into that." 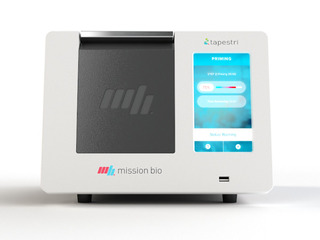 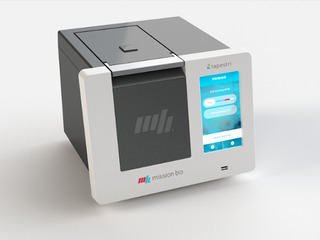