Joshin raises $1.55M to match people with special needs to the right caregiver

The company added disability advocate Michael Kutcher as an advisor 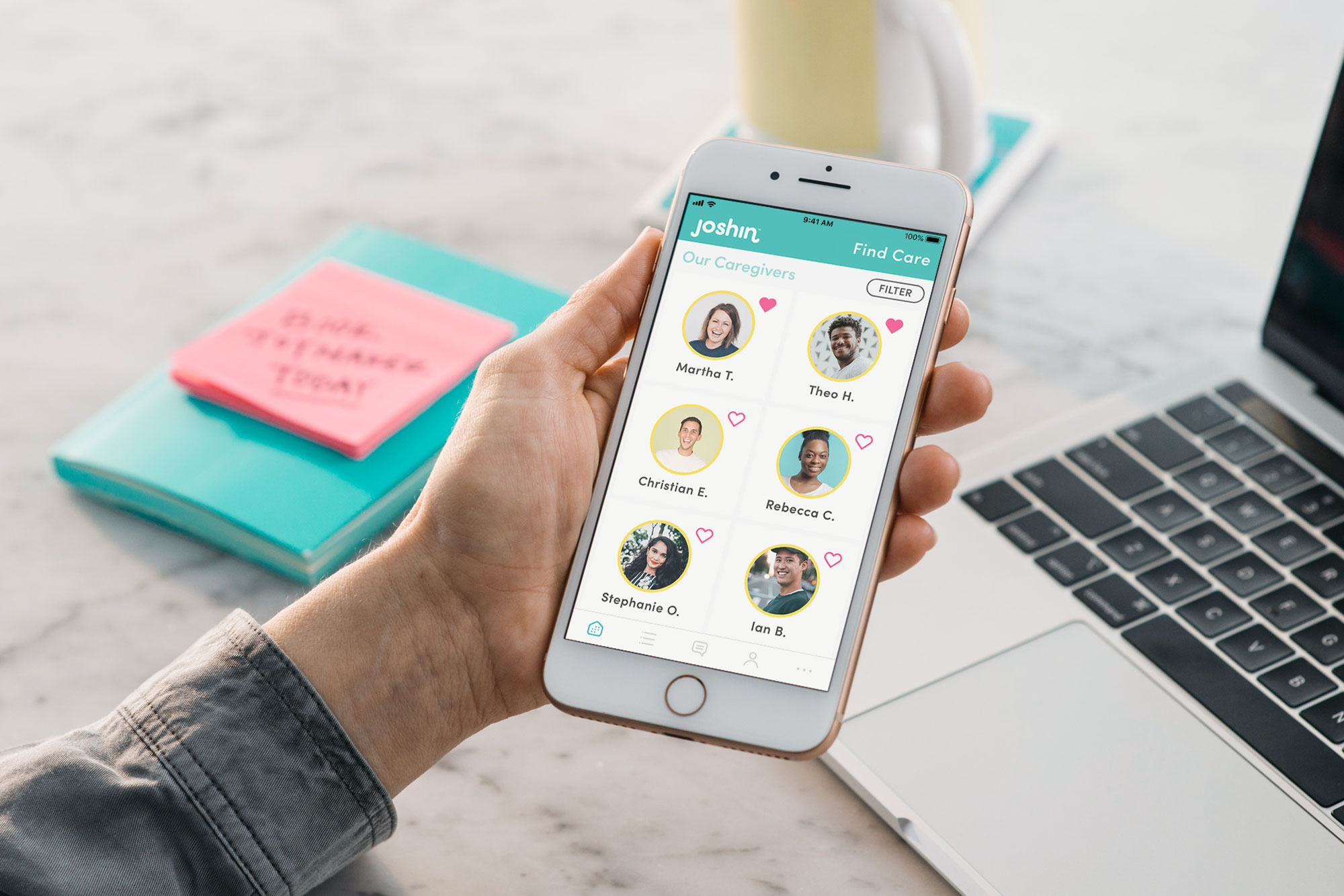 One in five families has someone who has special needs and, yet, finding a caregiver is incredibly hard. There's a massive caregiver shortage in the U.S. and it takes, on average, up to 72 days for families with special needs to find someone. Once they do find someone, the chances of that person turning over is 67 percent. And now, with COVID, it's only gotten more difficult.

That's what twin sisters Melanie Fountaine and Melissa Danielsen found while they were running disability care company Josh's Place, which was named in honor of their brother who had developmental disabilities and who passed away in 2009.

"We saw families with special needs adapting to technology to make their lives easier. They were using meal delivery, groceries, obviously transportation, but we didn't really feel like technology was seeing their need and really finding a way to solve the problem of finding caregivers and retaining good quality caregivers," Danielsen told me in an interview.

That's why the sisters decided to found a second company called Joshin, which is dedicated to matching those who require special needs and disability care with the right caregivers. On Thursday, the company announced that it raised a funding round of $1.55 million led by Anthemis, with additional participation by M25 and Sure Ventures.

"This is our first funding round and we feel very fortunate with the partners and the investors that we brought on. Anthemis really, really understood, out of the gate, how underserved the disability population is and how important it is for everybody involved in their day to day life for them to have quality care," said Danielsen. "M25 is really predominant, Midwest investor that really understand from a local level the support that we need, so we really feel like we got really lucky."

Founded in 2018, families that use Joshin simply have to download the app, create their Care Plan, build their profile and choose their subscription. Once they do, they will be matched with caregivers, with the ability to message them and book a Care Date.

"That's been a really exciting growth opportunity for us to meet the needs of families who have this funding, are not currently able to find caregivers, turn to Joshin to get matched to the appropriate caregivers, be able to message them, be able to book them, schedule them, manage the schedule," Danielsen told me.

"One thing that we're super passionate about is making Joshin accessible to everybody. We’re a subscription model, and we understand that not everybody can afford any sort of subscription so it's important for us to be in different segments that make us accessible for everybody."

As a result of that authorization, the company has seen a 30 percent increase in the number of users on its platform since the beginning of the year. Currently, 50 percent of the company's users are privately paying and 50 percent are leveraging Medicaid dollars, but it is projecting that, by the end of this year, that will go to 30 percent private pay and 70 percent Medicaid.

On the caregiver side, Joshin has seen 35 percent growth since the beginning of the year, and currently has a waitlist in Minneapolis/St. Paul, New York City, Chicago and San Francisco, all the areas where it has deployed so far.

"With the funding announcement now we have the ability to really get out there and share to families that we're here and we're here as a resource for them to get matched to the right caregivers. So, really growing our family user size, or individuals who need that really specialized care, is our focus because we’ve spoken to the caregiver market, they know we're here and they're excited because we make it so easy for them to get matched to the right families, and earn, on average, $6 more an hour on our platform versus other typical care platforms," said Danielsen.

In addition to allowing families to sign up individually, Joshin has also partnered with organizations to offer Joshin as a benefit to employees and members. It has already operated a beta test with the Down Syndrome Association of Minnesota in which the organization purchased a bulk subscription and then distributed them to their members for free as a benefit. In addition, Joshin has also talked with other organizations and companies about offering Joshin as a solution for their backup care.

"There are backup care companies that are out there today partnering with Fortune 500 and 100 hundred companies, even smaller companies, to really alleviate the stress. COVID has created even more stressors for families in terms of juggling and homeschooling and ensuring that you're working and you're productive. So, it's important for us to be front facing with those companies today and partnering with them, sitting side by side with those typical backup care companies," said Danielsen.

On the caregivers side, they must be at least 18 years old, have a high school diploma or GED, own a smartphone, have at least 6 months of caregiving experience and be able to pass a background check to qualify.

The company has a screening process that Danielsen describes as, "very scalable, yet extensive." It first validates that caregivers have at least six months of experience providing specialized or disability care; that can mean that are special education teachers, paraprofessionals, students, or even siblings or family members who have cared for someone with special needs. After that, the company does an experience review, as well as a video interview and a social media check. And after that, then they’re processed through a background check.

The company plans to use the new capital to build out its team, doubling the number of employees by the end of the year; that means hiring in areas of marketing and tech and experience. Joshin plans to bring on someone who can lead its tech roadmap, partner with product on understanding the user experience and refine its features. It will also be hiring on additional recruiting and screening.

"We screen out 50 percent of our caregivers, so we're ensuring that we hire that trust and safety team so we can continue to be that trusted caregiving resource for families. That is a high priority," said Danielsen.

The funding will also go toward product development, most specifically a desktop login so that users can create an account, post a job, apply to a job and sign up for care without needing to use their phone, as 65 percent of people find Joshin via desktop versus mobile.

Finally, the funding will also go toward expanding into new markets, including Austin, Houston, and Dallas, in the next year.

"We look at where the needs are and how the caregivers are getting there. So, first and foremost, we look at the disability population and Texas is in the top five. And then we look at Medicaid funding and accessibility to the funding and how we can help families get connected to it. And then, lastly, we look at the caregiver community and understanding where each of those users are and then we build our playbook around how to match them and how to connect them appropriately. Texas just made sense as they are in that top five on both Medicaid and disability population," Danielsen told me.

Other cities that also fit this criteria, and which are on Joshin's radar, include Phoenix, Miami, Los Angeles and Boston.

Along with the funding, it was also announced that Disability Care Activist Michael Kutcher has joined the company as an advisor. Kutcher, the twin brother of actor and investor Ashton Kutcher, is an assistant vice president for Transamerica and has also served as a spokesperson and advisor for the Cerebral Palsy Foundation, Reaching for the Stars, A Foundation of Hope for Children with Cerebral Palsy and the Be the Gift donor registration campaign.

"Michael is so wonderful. He's endured a lot. He’s champion and he is somebody I really admire, being a heart transplant recipient, and somebody who thrives with cerebral palsy. He really is an advocate for the disability community. So, bringing on Michael allows us to not only understand from his perspective, his experience growing up with a disability, but also amplifying his voice and his connections in the disability community," Danielsen told me.

Kutcher also aligns with Joshin's belief that the disability community should be a united cause; one of Joshin's long term goals is to create a community of all different types of abilities, ages, backgrounds and diversity.

"One thing that we connected with Michael on very early on about, and why the synergy really made a ton of sense, is oftentimes, in the disability community, disabilities are segmented. So, there's groups for autism, there's groups for Down syndrome but they're segmented out and while it's totally understandable because there needs to be really expert resources for each of those disability types, we also need to come together as a community, and Joshin’s goal is to serve that purpose," she explained.

"That was something Michael was looking to do in this stage of his life and he felt like Joshin was the place to do it. So, we're so excited to have his perspective, and to have his passion in the company."

Joshin's other long-term goal is to empower its users and their families by giving them representation, resources and education.

"One in five is a significant need and so our goal long-term is to create, not only a community that feels empowered and seen and heard, but to also bring that to families everywhere so that Joshin is the go-to name for families with special needs when they need resources, when they need care, when they want to learn about Medicaid. We are going to be that one stop shop for them, and really looking at them and educating and empowering them."