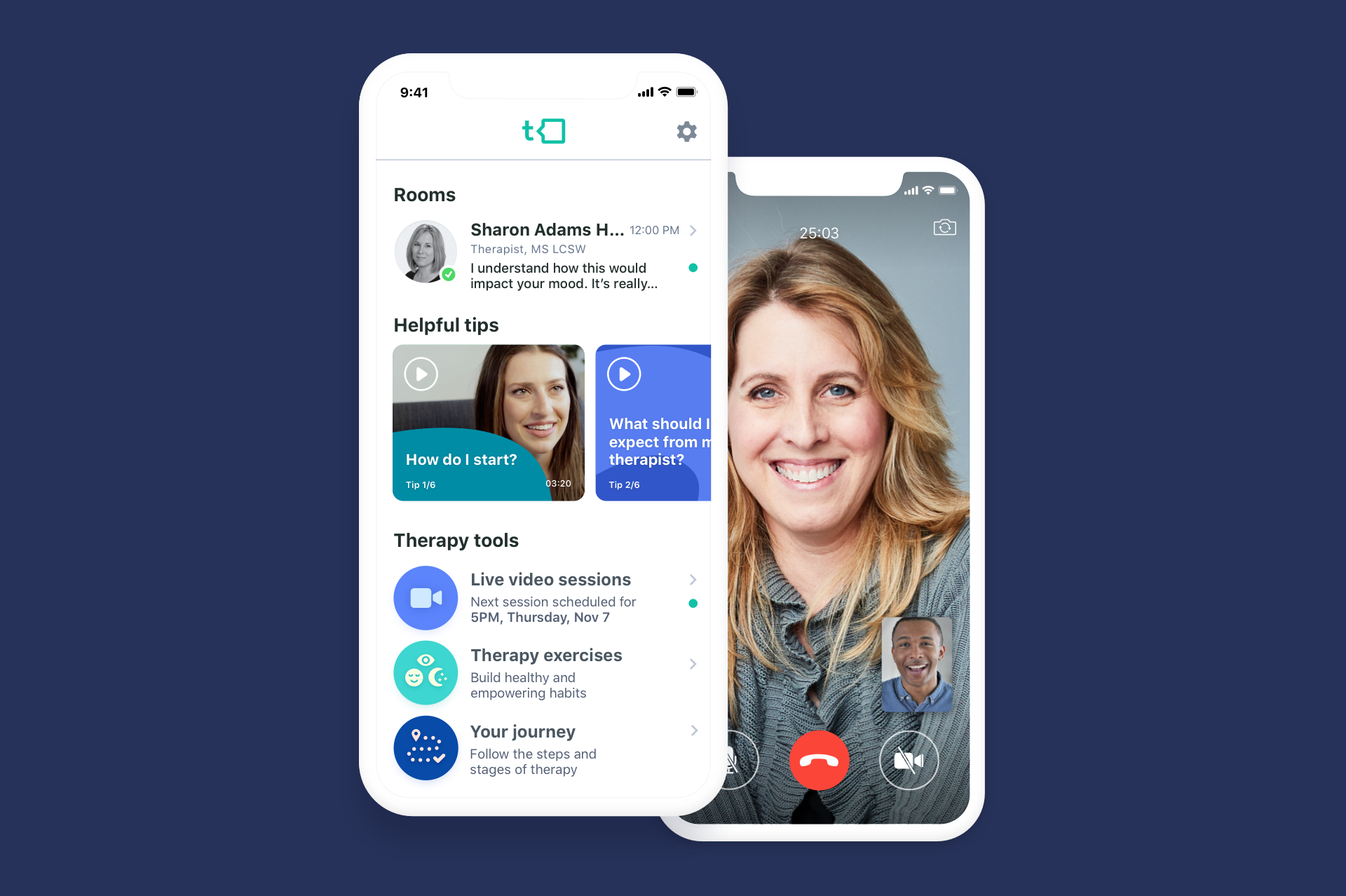 The coronavirus is finally making the promise of telehealth a reality. While the option to do phone or video visits had been available to many people for a long time, it was generally underused. Now, though companies in this space are finally having their moment. That's especially true for companies offering virtual mental health services, as the stress around the virus has only exacerbated the already existing mental health crisis.

Cigna has been offering behavioral health services virtually since 2017, including a partnership with MDLIVE starting at the beginning of this year, but one aspect was still missing: asynchronous communication between patients and their doctors.

That's why the company announced on Thursday that it has entered into a partnership with Talkspace, adding the company to its behavioral provider network so that customers have the option of connecting with a therapist through either text, voice or video.

The benefit of asynchronous chat

"Part of why I'm personally so excited about partnering with Talkspace is it really enables people to get access to virtual care in really any modality they want," Eva Borden, managing director of behavioral strategy and solutions at Cigna, said in an interview.

"If I think about the biggest need that we have right now, it's getting people access to care very quickly. We have a network that enables people to access care brick and mortar, we have a way that you get video care. What we were missing was the availability of a 50 state access to text therapy."

(Editor's note: Eva Borden joined Vator, HP and UCSF Health Hub for one of our virtual breakout sessions for our Future of Behavioral and Mental Health salon. Get tickets to the main event on May 27 here!)

Being able to text with a therapist has numerous benefits, she explained, including allowing patients to talk to their therapists outside of the prescribed hour they usually have together, as well as to keep a record of what they were feeling at any given moment.

"The beauty of something like asynchronous text therapy is that, in the moment that I'm feeling it, I'm able to report it, write down exactly what I'm feeling. I can also record myself and send a video of me in an audio type format, sharing that directly with my provider. It enables that recording of the experience in the moment as opposed to just the retelling later on as you're looking into the past."

For Talkspace, chat "is an essential function" of the platform, said Mark Hirschhorn, the company's President, COO and CFO.

"There is just a tremendous prevalence of chat or asynchronous text, because that's what people prefer," he told me.

"It’s at the moment when somebody is plagued with some issue, whether it's an immediate bout of anxiety or depression or something else comes up after a conversation or a fight with a spouse or somebody else. Individuals can quickly get onto their phones, or on their computers, and send a text message to their therapist, and the therapist, in almost all cases, will get back to them that day."

Hirschhorn says that the initial relationship between Cigna and Talkspace began a couple of years ago, as "multiple different areas within Cigna" had reached out to the company about a potential partnership. The onset of COVID-19, however, forced them to come together earlier than expected.

"The unfortunate arrival of COVID-19 also presented an opportunity to accelerate a business relationship that was in its formative stages at the end of 2019. So, we ended up escalating and accelerating all of the required due diligence and business requirements in order to provide Cigna with the opportunity to offer Talkspace services to their millions of members now, as opposed to what would have likely occurred effective in 2021," he said.

Now that Talkspace is part of Cigna's Behavioral Health network of more than 18,000 virtual behavioral health providers, its 14 million customers who are enrolled in employer-sponsored plans can talk and text with licensed therapists, who are available on-demand.

Being part of the provider network is preferable to being an add-on point solution, Borden explained, because being part of the network means that the patient can use Talkspace to see a provider, and it's just subject to the same cost sharing deductible coverage that you would have with any provider.

"Oftentimes, in point selection and point solutions, a client might choose it. They might decide to have it, they might decide to make it a part. Instead, just being part of the network means that as long as you're accessing a network provider, you can see that person, you can see them under the same benefits that your employer provided for you, and you can get that care," she said.

Talkspace has seen a 50 percent increase in active subscribers from the beginning of the year to the point where there are approximately 50,000 subscribers active on the platform at any one time. The expectation now that is has partnered with Cigna is that a large number of Cigna's customers will take advantage of its services, driving its numbers up even further.

"We're expecting it to be an extremely valuable relationship. We clearly believe that there will be a small percentage of Cigna members who find Talkspace early on. We've already had hundreds and hundreds of members register and that's just in the past 24 hours. We would be at this point expecting that there will be thousands of Cigna members using Talkspace and seeking help, especially in light of the environment that we live in today," said Hirschhorn.

"We feel extremely privileged to partner with Cigna in this endeavor. It's a giant validation for nearly a decade of heavy investment, heavy resources and a lot of risk. Cigna is one of the most preeminent healthcare organizations in the world today, and with their tens of millions of members, we are in a fantastic position to provide care as quickly as possible with what we believe is the highest quality, and proven entity, in the industry today."

In addition to its new partnership with Talkspace, Cigna also announced that it is launching three other new programs, along with three additional new virtual behavioral health partners.

The first is a 12-week app-based program focused on anxiety, depression and burnout, which will be done through a partnership with Meru Health. It will be available to Cigna customers in Arizona, California, and Colorado, who will be able to receive daily support from licensed clinicians and anonymous peers.

The second program is focused on substance abuse recovery through a partnership with MAP Health Management. This program is available to Cigna customers in Connecticut, Florida, Illinois, Maryland, New Jersey, New York, Pennsylvania, Texas, Virginia, and Washington, D.C., who will have the ability to connect virtually with certified peer support specialists.

The final new program is focused on obsessive compulsive disorder (OCD), and is done through a partnership with NOCD. It will give Cigna customers in California, Michigan, and North Carolina access to NOCD's treatment program which will be led by a licensed, OCD-trained therapist with live video appointments. They will also receive support in-between sessions by messaging the therapist and leveraging the platform’s digital tools.

"One of the things that we value is the fact that there are a tremendous number of innovators in the behavioral health space that are coming up with really new, incredible solutions. And so, in that space, one of the things that we're looking for are folks who are going after providing access to care in a quick way with an easy to use experience," said Borden.

"When we find that we want to actually make them part of our network, so any of the Cigna customers can actually use them. That's really the approach of why it's not just one task, one partnership with Talkspace, but what you should start to understand is the feeling for how we look to approach partnering with some of these innovators moving forward."

These programs are especially important now, she explained, because of the COVID-19 crisis, which is putting strain on many people's mental health. The prolonged social isolation of shelter in place that people are currently going through, for example, is causing an increase in anxiety and depression, while also potentially making substance abuse issues worse as well.

In terms of OCD, the coronavirus is also exacerbating the fears that some people have around germs and getting sick.

"One of the things that's common with OCD are things relative to hand washing, and so it's an environment where there's a tremendous amount of germ focused fear. 'If I go out, if I touch things, what's going to happen?' It's just a whole new world relative to how we interact with the external world. It also felt like it really was meeting a need that we would see within our population," said Borden.

"We couldn’t be prouder to partner with Cigna in serving the obsessive-compulsive disorder (OCD) community, especially during this difficult pandemic," Stephen Smith, CEO and founder of NOCD, told me.

"Although OCD is very severe and prevalent, evidence-based treatment for it called Exposure and Response Prevention (ERP) has been widely inaccessible for decades. Cigna’s leadership in the behavioral health community is changing this fact."

Virtual care is here to stay

While Cigna has offered virtual behavioral health services for the last years years, the usage rates were generally low; even as recently as mid-March of this year, before COVID really hit, it was in the low single digits. Now, the company is seeing well over 50 percent adoption of its behavioral virtual care. And the numbers are not dropping, Borden said.

"I personally tend to believe we will see high levels of adoption, in part because, from a behavioral health standpoint, it's just easy. There's something very simple about being able to be able to be wherever I am, and as long as I can find a private, quiet space, I can get the care I need. I expect it will be sustained into the future," she told me.

With that in mind, Cigna's goal going forward is to expand access to care, making it as seamless as possible for their customers to be able to get in touch with a therapist in the network.

"What we want to do is remove all barriers to getting access to quick care in an easy to understand way. By enabling different forms of being to access care, whether it's enabling asynchronous text therapy, whether it's enabling app-based care with a 12 week program to deal with my anxiety, or any of the other substance use or OCD conditions, our objective is to make sure that the people who need care get care. So, success for me looks like every year, seeing that we have more and more people that are able to successfully access care and access it quickly," Borden said. 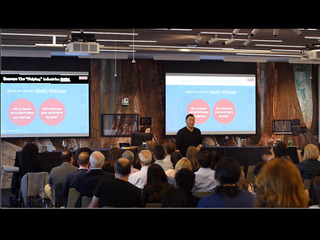 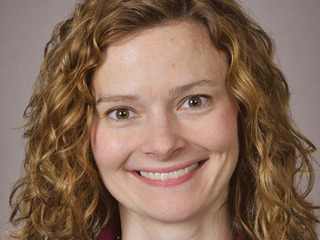 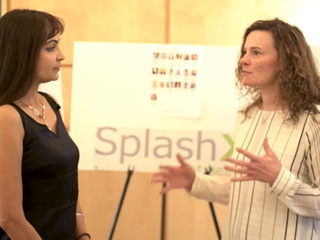 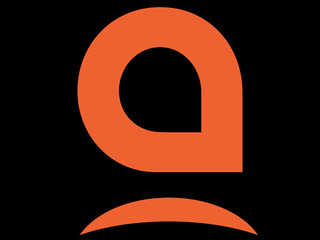 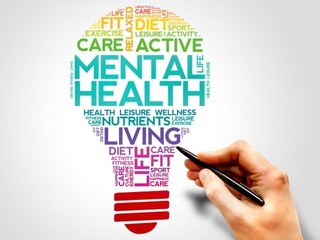 Mental health companies that have raised funding this year 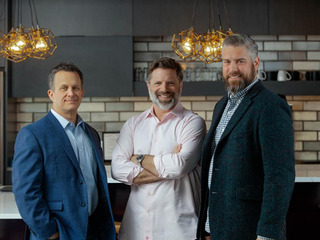