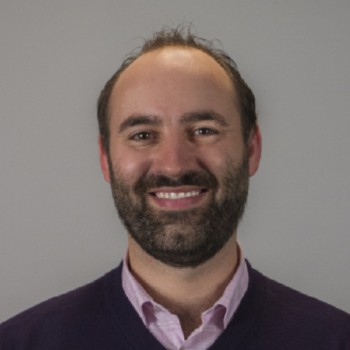 Venture capital used to be a cottage industry, with very few investing in tomorrow's products and services. Oh, how times have changed!

While there are more startups than ever, there's also more money chasing them. In this series, we look at the new (or relatively new) VCs in the early stages: seed and Series A.

Previously, Hoffer was a Partner at Tandem Capital and Senior Director in Concur’s corporate venture capital team. Prior to his career in venture capital he was the co-founder and CEO of CouchSurfing and an entrepreneur-in-residence at Benchmark Capital. He also held executive product roles at Norton (Symantec) and TripIt (Concur/SAP). Daniel has invested in and advised several seed and pre-seed stage transport and mobility startups including XStream Trucking, Firefly, and SpotHero.

Hoffer received his Bachelor Degree in Philosophy from Harvard College and his MBA from Columbia Business School.

When he is not working with startups, Daniel doubles as a martial arts instructor. Husband, and father to two young girls.

Dan Hoffer: We're an early stage venture fund based in Silicon Valley that invests exclusively in the ground transportation industry. The majority of our portfolio companies are based in the US, but we also have investments in Canada, Europe and Africa. We invest in deals ranging from deep tech, such as autonomous AI and semiconductors, to business model innovations in areas like marketplaces, FinTech and SaaS.  And,

Overall, what makes us different is that most generalist investors lack deep expertise needed to evaluate deals. We are obviously a sector-focused investor, where the only thing that we do is ground transportation. Generalist investors also lack a strong ecosystem that comes from having a rich portfolio, all in a single industry. So, we benefit from a combination of knowledge, community and synergies under one roof. We have a team of seasoned transportation executives, investors and founders all dedicated to the single $3 trillion sector and we provide the right mix of the things that startups need to succeed in our industry, which is capital, transportation, market intelligence, and access to corporate partners who can help them scale up.

VN: What’s the opportunity you see in the transportation and mobility space? What’s happening and why is it exciting for you?

DH: The industry is undergoing more transformation and disruption now than it has in the last century. So, trends like autonomous, electrification, the sharing economy and connectivity, and the shift to digital enterprise generally, are all unleashing a new wave of innovation that transforms how we all get from point A to point B. And we believe that anytime there is massive transformation and disruption within an industry, there's money to be made by founders and investors.

VN: Can you do a deeper dive into some of the verticals you mentioned that you like invest in within the space?  What do you see specifically in those verticals that makes you interested in investing there?

DH: The transition to on the highway autonomous is generally proving more difficult than people have expected. The technological challenges are significant, and the number of variables that software and hardware solutions need to accommodate are significant as well. But one of the areas that we think is ripe for transformation, and is more obtainable in terms of what technology can deliver today, is off-highway autonomy, facilitating autonomous operations in constrained environments such as private property owned by corporations. The opportunity to deliver autonomous solutions in constrained environments presents fewer technological challenges compared to on highway solutions. The markets for solutions in areas like farming and mining and construction can be very attractive as well.

VN: You just raised a $150 million fund. How many investments do you typically make in a year?

DH: It varies, of course, and we’re in a unique environment right now. Generally we do roughly half a dozen per year.

VN: What stage/series do you invest in and how much is that in dollar amount for you?

DH: Our sweet spot is seed and Series A, although we will go up to Series C on occasion and valuations of up to $150 million at the absolute maximum. We will invest between $1 and $7 million in the initial round with additional capital set aside for follow-on rounds.

VN: What kind of traction does a startup need for you to invest? Do you have any specific numbers?

There's not a specific number that we're looking for; we're looking to understand the overall story of the history of the company, how it has progressed, and the trajectory it’s likely to be on in the future. The context is typically more important than any single number.

VN: What do you look for when it comes to the team?

VN: How do you balance being iterative, or flexible, and being able to be nimble and take advice?

DH: Stubbornness is a virtue when you’re right, and a liability when you’re wrong. So be right.

VN: What do you think about valuations these days, especially with what’s happening with the economy? Are they already being affected?

DH: Many companies that are raising right now are raising at lower valuations, or flat rounds that have sweeteners that result in effectively lower valuations. Overall, I would say that, yes, valuations have been affected, and the number of recaps and down rounds is much higher.

VN: What do you see the effect being on those companies in the long run? When they're raising later rounds a few years from now, how do you think that's going to affect them?

DH: Well, I think, in some cases, it lowers the bar for the performance hurdles they will need to achieve in the future. But, the past investors typically get wiped out, to varying degrees, in a down round scenario. It will affect investors and departed employees who don't benefit from additional future option grants.

VN: Is that affecting early stage investing? Is it actually becoming harder for companies to raise an earlier stage at this point, because investors know that if they do that these are companies that might not benefit them in the long run?

VN: There are many venture funds out there today, how do you differentiate yourself to limited partners?

DH: It comes back to what I mentioned at the start of our call: our industry is going through more transformation and disruption than it has in the last century, and most generalist investors lack the deep expertise needed to evaluate deals effectively. Generalist investors also lack a strong ecosystem, and the network effects that come from having a rich portfolio all in the same space, combining knowledge, community and synergies under one roof. We have a team of seasoned transportation executives, investors and founders who collectively have a singular focus on our $3 trillion industry.

My partner Quin Garcia helped to incubate Lyft in 2007 in his living room, and he joined the company in its pre-seed days as an advisor. We also have a team around us full of people with transport industry experience: Anthony Foxx was the former Secretary of Transportation under President Obama and he's one of our advisors. We also have people who have served on the boards of directors of publicly traded transportation, tier one supply companies, and well known Wall Street analysts from the industry and people with a bunch of deal making experience in the industry as well.

VN: Venture is a two-way street, where investors also have to pitch themselves. How do you differentiate your fund to entrepreneurs?

DH: Overall, we're different because we're providing the three things that transportation startups need to succeed: capital, transportation market intelligence, and access to corporate partners who can help them with scaling up

To be clear, the investors in our fund are mostly large corporations from the transportation industry. And, because they are investors in our fund, it's very easy for us to facilitate direct connections between our founders and our LPs, as well as other large corporations in our network. It's very hard, if you're a startup, to gain access to a senior executive at an OEM, or a publicly traded tier one supplier, but that is precisely the kind of connection that we're able to facilitate.

VN: What are some of the investments you’ve made that you're super excited about? Why did you want to invest in those companies?

DH: We've got about 25 companies in total and, for me personally, I tend to focus on marketplaces. So, I have invested in a Dubai-based company that’s a bit like Careem. It's a company that connects passengers with buses that help them get to work every day. So, sort of Uber for buses, you might say, focused on the commuting market.

I've also invested in a company called XStream Trucking, which makes IoT hardware and software that can increase the fuel efficiency of long haul trucking fleets by five to six percent. The two largest expenses for a trucking fleet are fuel and labor; fuel alone is a $100 billion market in the US for trucking fleets. This company can substantially reduce that expense that fleets have to pay. They have a phenomenal product that is defensible and well patented with unique IP. They are the market leader in this space by far, there's no one else even close

VN: What are some lessons you learned?

DH: I've learned how important it is to be selective in picking out only the very best opportunities and teams. There are only a few companies in each decade that represent the lion's share of returns for the entire asset class and so it's important to focus on those game-changing opportunities, because small exits do not enable you to generate a return for your LPs.

I've learned that there is always value in taking the time to understand the founder’s particular challenges and dynamics that they are working with. Building a startup is very difficult and focusing on metrics alone completely misses the point when trying to figure out how I, as an investor, can best add value. As a former founder myself of a venture backed company, I realized that it's important to put myself in the shoes of the CEO across the table and try to support them as much as possible the way I would have wanted to be supported back when I was a founder.

DH: The founder is always in the driver's seat and the VC is along for the ride, either in the passenger seat as a board member or in the backseat as an observer or in the trunk if they don't have a lot of direct communication with the founder. I feel grateful for the chance to be along for the ride with so many companies that are changing the world and doing amazing things. I just try to add enough value to the drivers so I have the privilege of continuing to do what I love every day.