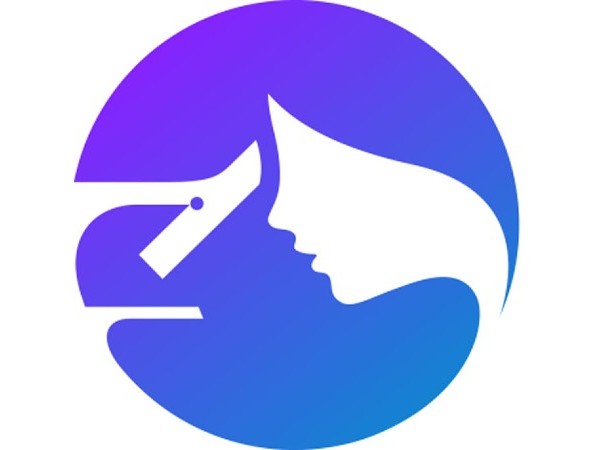 Misdiagnosis is a big problem in the American healthcare system, causing between 40,000 to 80,000 deaths each year in hospitals. These types of errors are bad in any circumstance, but they can be especially fatal when it comes to serious diseases like cancer, which require a timely and accurate diagnosis; a study done last year found that nearly 40 percent of the diagnostic errors that caused the most harm in patients were related to cancer.

Paige is a company looking to solve this problem by allowing pathologists to more accurately diagnose and treat cancer through the use of artificial intelligence.

On Thursday, the company announced that it received funding from Goldman Sachs Merchant Banking Division. The new round, which Leo Grady, CEO at Paige, told me amounts to $5 million, will be added to the $45 million Series B round the company raised in December from Healthcare Venture Partners, Breyer Capital, Kenan Turnacioglu and others. Paige's total funding is now $75 million.

Right now, the way that a pathologist's job works is that they receive a piece of tissue, which they'll look at under a microscope; if they see something a little funny, they might call over a colleague or get a second opinion in a few days or a week.

"If that other colleague looks at it and also sees something that they’re not quite sure about, you still need to make a call. Maybe you can do some additional testing but, at the end of the day, you’re going to make a diagnosis from that tissue that is going to have enormous consequences for that patient," Grady said.

What Paige is offering is the ability to, instead, take a picture of that slide and then have a computer look at it, which can identify all the patterns in that tissue, and match that to a database of cancer slides.

"It can identify those patterns and say, 'Yes, in fact this is cancer, this is stage 2,’ and be able to make that information available to the doctor. The pathologists can have the confidence to report that diagnosis correctly and be able to do it in a way that gets to the best outcome for every patient."

A technology like Paige, Grady said, is "able to provide them with an additional reference and information really gives them that confidence, security, that additional knowledge and standardization to be able to get the answer right and do it right every time."

Founded in 2017 by Dr. Thomas Fuchs and colleagues from Memorial Sloan Kettering Cancer Center, the name Paige is an acronym for "Pathology AI Guidance Engine," but there was another reason that they chose a name that sounded like a person.

"The motivation for using an acronym that also represents a person’s name is to allow us to think about the technology as almost a companion or a fellow that’s working with the pathologist to help them, as a colleague, to better extract the information from these slides and help them get to the right diagnosis," said Grady.

While it's currently in pre-commercial launch, Paige already has a number of sites that are using the technology in beta mode; the company has done an early access launch in the US, Europe and Brazil.

Ultimately, though, the real user for Paige are the pathologist themselves, said Grady, as they're the ones who can look at the slides digitally, look at the information that Paige has extracted and made available to them, and use that information to help them perform their diagnostic report and to get the right answer to those patients.

"In healthcare, oftentimes, the user and the buyer are different people, so within a health system it may be the hospital, it may be the department head of pathology; in a commercial lab it may be the owner of that lab, but the ultimate user is the pathologist themselves."

In addition to its pathologist-oriented technology, Paige is also working on another aspect of the business: a personalized medicine product, which can better identify which drugs are going to work most effectively for certain tumors.

The goal is to ultimately to make that information available to the pathologists when they’re analyzing these slides so they can provide accurate recommendations and deliver the best treatment to every patient.

Despite it being in the area of personalized medicine, Paige may not require any genomic data to accurately assign the correct drugs, Grady told me.

"Genomic information is important in treatment selection, but it's expensive and time consuming, and, more importantly, it destroys the tissue as well, which is a challenge for things like lung cancer, where you don't extract a whole lot of tissue. So, what we’re looking for is the phenotypic expression of a genomic change, and to be able to identify that and to say, ‘This tumor looks like it has this mutation or this set of mutations or of this type that will respond to this drug,’" he said, comparing it to the outward physician manifestations of a person with Down's Syndrome.

"That’s a chromosomal change, but you tell by looking at the outward expression of that change for that individual, there’s quite a bit of evidence. We’ve been able to show that you can do the same thing with tumors, where you can look at at the structural patterns, and you can identify what genomic mutations led to that tumor," he said.

While Paige is currently working with, or is at least in discussion with, all the players in the biopharma industry for this product, this is still going to take a few years to go mainstream, he told me, and is going to require a lot of clinical trials.

"What we’re focused on now, clinically, is providing that additional information about cancer grade and stage to the pathologist during their routine diagnosis. That's our primary focus while we develop this mutational or diagnostic technology for the future which will be the next generation," said Grady.

Along with the funding announcement, Paige also revealed that David Castelblanco, Managing Director at Goldman Sachs, is going to be joining the company's Board of Directors. He will be sitting alongside R. Martin Chavez, who joined the board in January after serving at Goldman Sachs for 19 years in different capacities, including CIO, CFO, and Co-Head of Securities.

Both Chavez and and Castelblanco are "phenomenal and they bring different elements to Paige," Grady told me.

In addition to being the Chief Financial Officer for Goldman, Chaves was also "really instrumental on Wall Street in making finance into an engineering discipline, and bringing  advanced computation techniques, AI techniques, to the world of finance and Wall Street," he said.

"One of reasons why Goldman was so successful was because of the technology that Marty  pioneered and drove on Wall Street. He has a PhD from Stanford in medical informatics, and he also has started his own software companies in the Valley, and is very well connected there, so he brings an enormous amount of perspective to Paige from an operational standpoint: how to start a business, how to steer a business that is in development and launching effectively, and how you can pioneer the use of this technology in a field that has traditionally not been very engineering and AI heavy."

Castelblanco, meanwhile, has invested in numerous other businesses in different industries, including telecommunications, but has also taken a strong interest in cancer in recent years, becoming "deeply involved with a number of large scale cancer provider networks outside the U.S."

"What he really brings is that broad scale business experience, as well as the ability to connect us with these various provider networks outside the U.S. We see them as tremendously benefiting from Page in being able to adopt us at a complete, full level which will help them level up and take a lead position in this area of cancer care. So, it’s a really great synergy between David and these other investments and Paige," said Grady.

There will also be a benefit to Paige by having all these connections to Goldman, he explained, which "brings a lot in terms of its overall influence, both in these healthcare investments but also a wide variety of other industries."

"Goldman wields a lot of influence and that can be very helpful to Paige as we build partnerships and enter different markets, particularly internationally."

Paige says it will use this new capital, in part, to accelerate the development of the company’s diagnostic and test products for the biopharma industry.

"All of the work that we had been doing prior to this funding is really seeing a strong uptake in interest both from biopharma and from the clinical side, particularly in light of the COVID-19 situation. So, the funding is not so much a change of direction but to respond to that increased demand by driving additional acceleration with more resources," said Grady.

It will also go toward strengthening the company's leadership position in clinical AI for pathologists. Paige has already digitized 1.5 million slides, and is digitizing about 100,000 additional slides every month out of the archives. The company has also has the only breakthrough designation by the FDA in the space, and received the first CE mark for any AI in pathology that allow clinical use of that technology in Europe.

"Paige has led the field in terms of the application of AI in pathology and cancer care. By extending that leadership, what we mean is we’ll continue developing these additional technologies by working with regulatory bodies in order to get those cleared for clinical use, and make those available and widespread in clinical use in the market."

In the end, the ultimate goal for Paige is to help digitization of tissue, which Grady sees as the missing link between the digitization that is happening at the macro level, including with organs and even behavioral and social data, and the micro level, which is cellular testing, blood testing and genomics.

"By digitizing tissue, and being able to understand what's happening with the patient, with the tumor, with the disease at the tissue level, we'll be able to connect that to both the micro and the macro," he said.

"I want Paige to help integrate all of that information so that we can provide better insights for doctors to understand what’s going on with these patients and, ultimately, assess the right treatment out of all options available that’s going to treat that patient individually, personalized for their disease and body type and metabolism, that’s going to be most effective for that patient. I believe that by targeting the tissue layer, and the digitization of that, it really provides the missing link to be able to draw together all of that information about the patients."