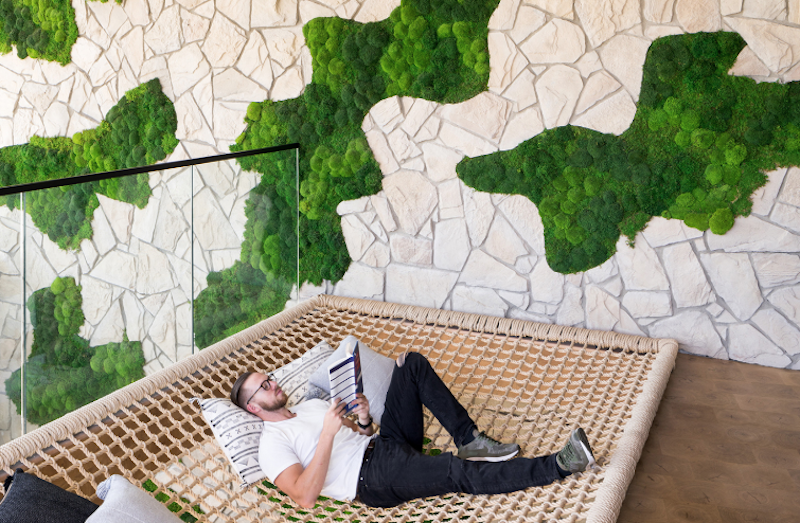 It wasn’t long ago that mental health issues were hugely stigmatized. But given the broadening definition of mental illness to include anxiety and stress, having some mental struggle is viewed as a common ailment that affects most, if not all, people.

Nearly 90 percent of Americans believe that people with mental health have “nothing to be ashamed of,” according to The Harris Poll on behalf of the American Psychological Association. The shift in thinking has created new businesses designed to accommodate people’s mental health needs and the commercial real estate industry is no exception. After all, where better to address our mental well-being than in our workspaces where we spend a third of our entire life.

Studies show workspaces purposefully designed to impact an employee’s mental fitness have significant benefits. Investments in “well-designed” physical office spaces create positive conditions that enable all employees to work effectively, according to a 2011 Longwoods report that looked at workplace design and its effect on mental health.  Other studies show lower absenteeism and self-reported improvements in productivity.

No longer can employers just provide healthcare to employees or simply healthy snacks. Employers have to think holistically about their employee’s physical and mental health and the spaces in which their employees work affect both.

Short of installing a nap room, sauna and a workout space, here’s a few simple ways to have an impact on an individual employee’s mental well-being and boost overall office camaraderie and productivity.

Traditionally, the conversation around office buildings and health were related to a design’s impact on the environment. The focus was on making buildings more green.

For example, the US Green Building Council (USGBC), where I’m an accredited professional, gives credits for buildings that are environmentally friendly. Buildings get credits for providing healthy airflow, access to natural light and in some cases, space for fitness gyms and proximity to public transit. Buildings are then ranked in order of credits received. The higher the rating, the greener the building. This credit system led to changes in how offices were laid out; traditional office layouts had private offices along the perimeter, while people in workstations or cubicles would be in the interior of the space with very limited access to natural light.

The workplace strategy has now shifted to fewer window-lined executive private offices to cubicles and conference rooms against the windows to give employees more access to direct sunlight. The unintended effect of this shift in strategy has been an increase in the mental well-being of employees. To wit, one study found that sunlight exposure related positively to job satisfaction while indirect sunlight was a dominant predictor of depression. 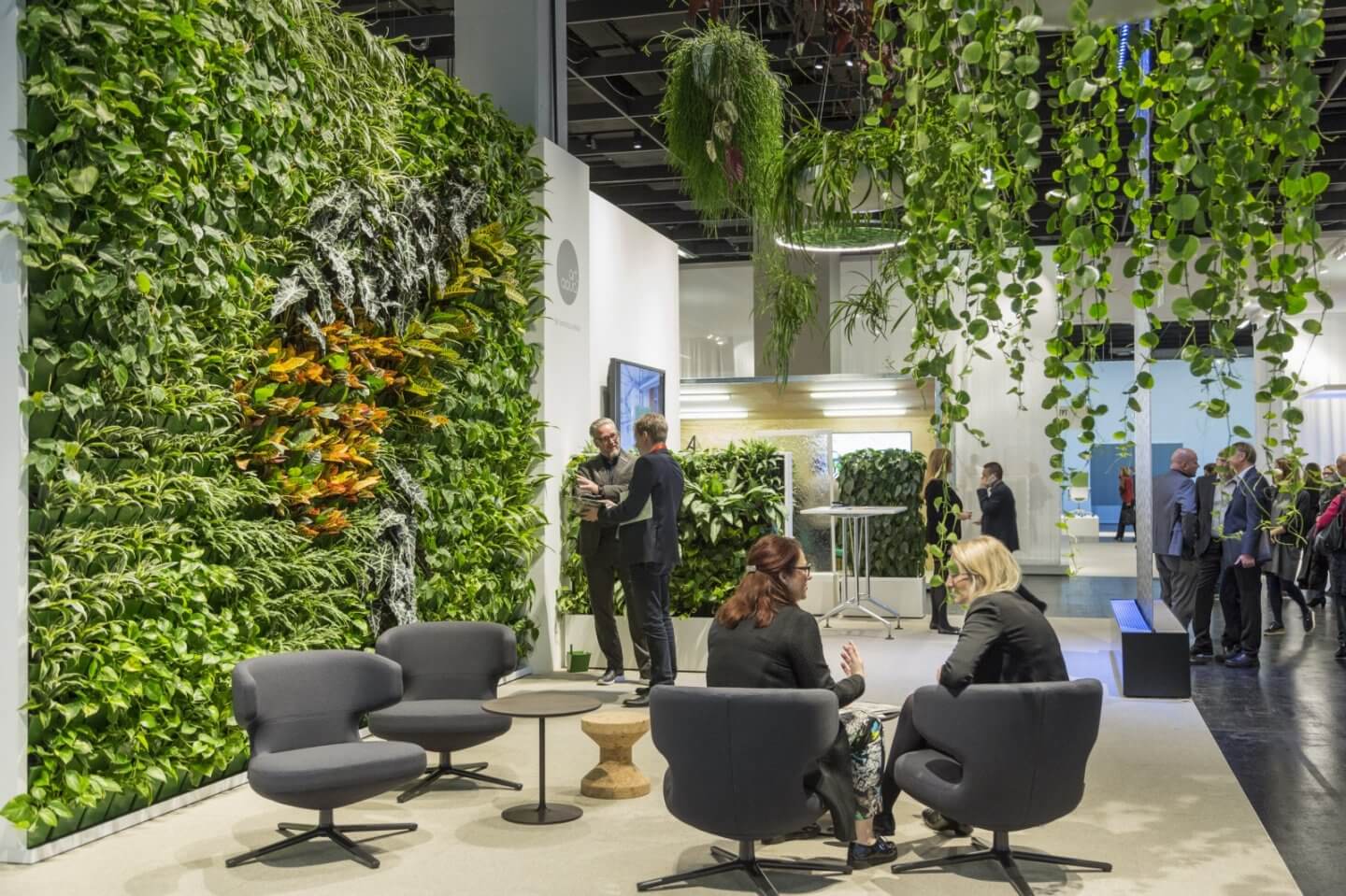 Besides lining up cubicles along the windows to give a greater number of employees access to direct sunlight or a nice view, bringing in the comforts of home and the freshness of the outside are other effective ways to positively affect an office environment.

Creating a “living room” in your office, with space for a ping pong table, couches and coffee tables gives employees a variety of places to sit and work in their office, so they aren’t sitting at the same desk with their headphones on all day long. Of course, many offices have incorporated these physical spaces, but today, they’re considered essential not only for our physical health but our mental health as well. The old saying that motion creates emotion is very true. People need space to roam, different areas to sit and sunlight.

Indoor / outdoor living is a preferred aesthetic as homeowners take their outdoor spaces and make them extensions of their home, with all the comforts of big fluffy pillows and throw blankets. Another way of thinking about the blurring of the lines is to bring a bit of the outside in. This is called biophilic design, which means bringing the outdoors into the workplace. I’m a big fan of plants in the office. There’s the obvious benefit of oxygenating the office, but there’s also that connection to the outdoors. These natural elements, whether they’re natural light, greenery or even wooden beams or stone decorations, can boost productivity by more than 10 percent.

Beyond just the layout of the office itself, sometimes it just comes down to how the workers perceive themselves in the work environment, and how respected they feel. That’s why it’s critical that employers create social equity in their company for the mental health of their employees.

By this I mean that managers shouldn’t separate themselves from their employees, but instead create an environment where everyone feels like they’re part of the same team.  While it’s a bit more on the human side than on the built environment side, it still gives such a big mental health boost to employees when they see their CEO or their CFO is sitting in a cubicle next to them.

Employees feel the leaders of the company are running next to their employees in stride, not in front of them.

A benefit for everyone

Right now, we’re just in the early stages of employers taking mental health into account when designing their office spaces even though society has long known the importance of positive work conditions. Circa 1940s, Abraham Maslow produced his “Hierarchy of Needs” theory, which shows levels of psychological progression from the need to feel safe to the need to feel actualized. Maslow rightly pointed out that business leaders “can set up the conditions so that peak experiences are more likely, or can perversely set up conditions so that they are less likely.”

His observation was as true then as it is today, though this time business leaders are listening.

Kaiser Permanente, for example, announced last year that it will be combining all of its 7,000 employees in downtown Oakland into one building called the Thrive Center. While not confirmed, the initial building renderings of the interior are focused largely on the idea of biophilic design, bringing natural elements inside, and the layout of the building is built to be more human and focused on this type of mental health awareness and positivity.

These types of initiatives will just keep improving as they become standard in the industry, especially in the Bay Area where there is a war for amenities taking place between competing office buildings. The landlord that can offer the best mediation room or gym facility or bike room will be the one that the biggest companies choose to lease or buy from because holistically-designed office plans are the one that best serve their employees from both a physical and mental health standpoint.

But, most of all, the ones who will benefit from this will be the employees themselves. 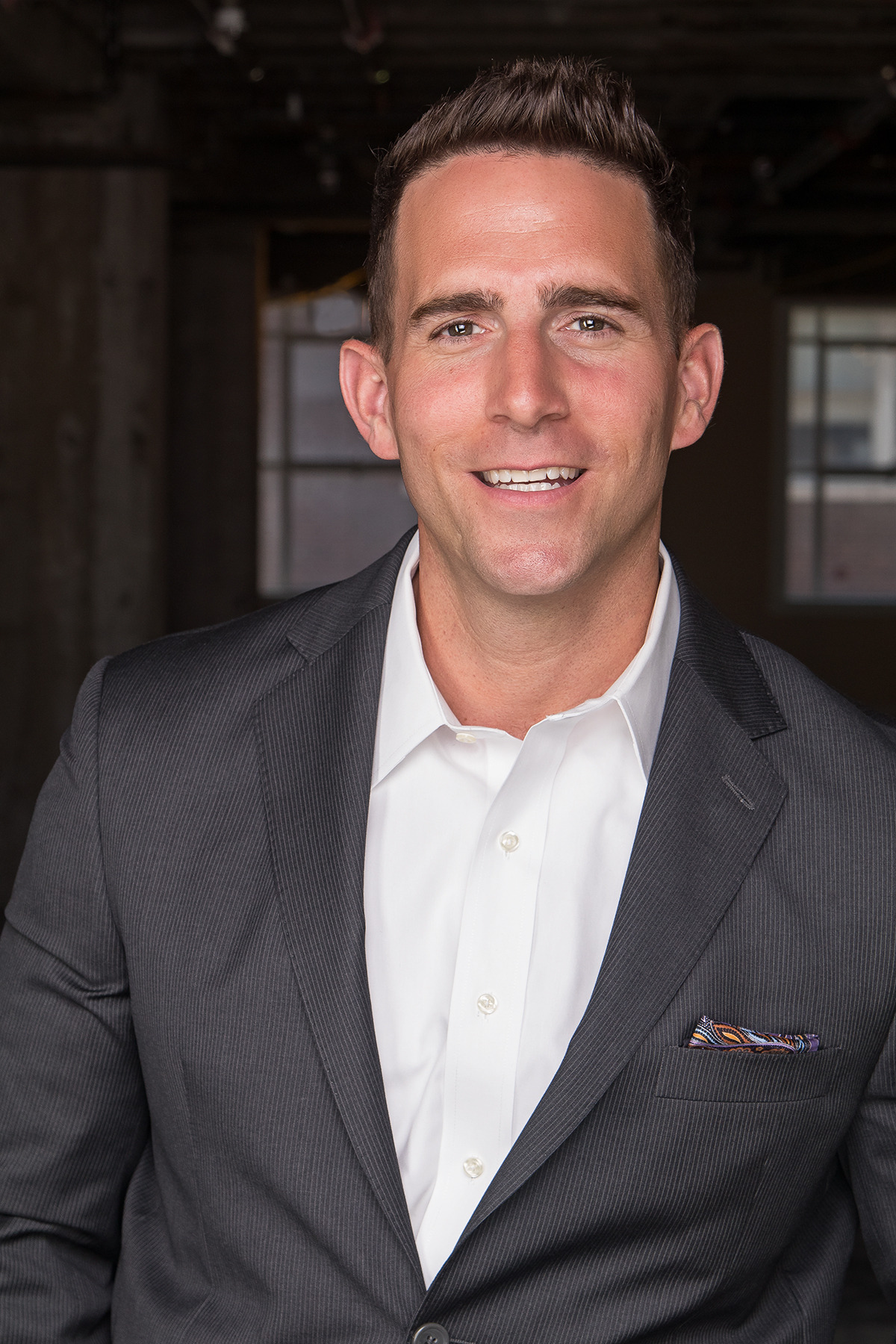