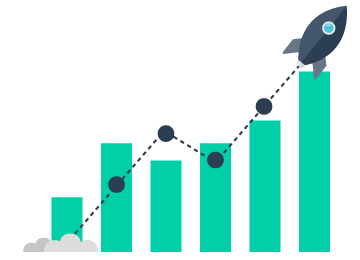 Babyscripts: Babyscripts is a doctor delivered digital health tool that enhances the doctor/patient relationship outside the four walls of the clinic during routine, low risk pregnancy care. Babyscripts has raised $6 million in funding led by the electronics giant Philips, with participation from StartUp Health and NueCura Partners. Read more

Vengo: Vengo is a software and media company that engages consumers and collects data by combining interactive digital media with point-of-purchase. Vengo  has raised $7 million in new funding led by Arcade Beauty, with participation from SPINS, Bill Apfelbaum, and Kensington Capital.That roughly doubles the amount of money the company has raised over the years, including from Brad Feld, Tony Hsieh, and Joanna Wilson, among others. Read more

Grabango: Grabango is the leading provider of checkout-free shopper technology for existing stores. Our solution is the only enterprise class offering available in the market today. Grabango has raised $12 million in Series A funding led by Propel Venture Partners, with participation from Ridge Ventures,Abstract Ventures, Commerce Ventures and Founders Fund. Read more

FloWater: FloWater's mission is to inspire the world with the most premium water on the planet. FloWater provides the highest quality water available, without generating any plastic bottle waste. FloWater's has raised $15 million in its first major round of funding. Bluewater, a Swedish company that sells water purifiers, among other things, led the round. Read more

Innovid: Innovid is the world’s leading video platform, empowering advertisers to create, deliver and measure the most innovative video experiences on any device and media outlet, while increasing scale, efficacy and ROI. Innovid has raised $30 million from Goldman Sachs Private Capital. The 220-person firm has now raised a total of $52.6 million since its inception. Read more

10x Genomics: 10x Genomics is creating revolutionary DNA sequencing technology to help researchers better identify subtle variations that are overlooked by technologies that shred biological samples into tiny fragments before sequencing the short stretches and using computers to assembling them into a genome. 10x Genomics has raised $35 million in Series D funding led by Meritech Capital, with participation from Fidelity and Wells Fargo. Read more

Boom Supersonic: Boom Technology is making supersonic passenger travel into reality by making a supersonic airliner. Boom was founded on the philosophy that we need to overcome the challenges to supersonic passenger flight, not surrender to them. Boom Technology has raised $100 million in Series B funding led by Emerson Capital. Other investors include Y Combinator Continuity, Caffeinated Capital, SV Angel, Sam Altman, Paul Graham, Ron Conway, Michael Marks and Greg McAdoo. Read more

Niantic: Niantic’s mission is to use emerging technology to enrich our experiences as human beings in the physical world. They seek to build products that inspire movement, exploration, and face-to-face social interaction. Niantic’s $200 million round is expected to be led by IVP, with participation from strategic investors Samsung Electronics and aXiomatic Gaming. Read more

Verily: Verily is a new kind of women’s magazine: one that celebrates the best of who you are. They feature fashion that is worthy of the woman, relationship articles that go beyond sex tips, and strong cultural and lifestyle journalism. Verily  has raised $1 billion in outside funding led by Silver Lake, it said last week. As CNBC notes, the announcement comes two years after Verily took in $800 million of outside capital from Singapore’s Temasek, and puts the company one step closer toward potential independence. Read more

Digital health news, funding roundup in the prior week; September 20