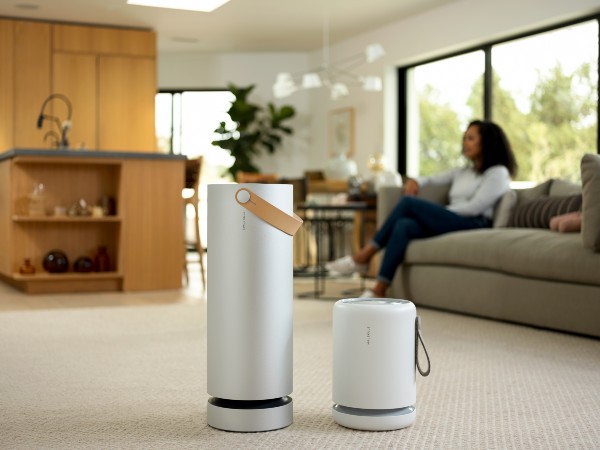 As Americans, we generally like to think that our air is pretty clean, but, sadly, for a lot of people in this country that still isn't the case. According to the American Lung Association's 2019 "State of the Air" report, air quality in much of the nation got worse between 2015 and 2017, with the number of people living in counties that had unhealthy air growing by 7 million to nearly 141.1 million in 2019.

Yet, the technology for air purification hasn't actually improved in roughly 70 years, according to Dilip Goswami, CEO and co-founder of Molekule. That's why his company has developed an air purification device that doesn’t just collect pollutants, like traditional filters do, but actually works on a molecular level to get rid of them.

On Tuesday, the company announced that it raised $58 million in a Series C funding round, bringing its total funding to nearly $100 million. The round was led by RPS Ventures with participation from Founder’s Circle Capital. Existing investors Foundry Group, Crosslink Capital, Uncork Capital, and TransLink Capital also participated, along with new investor Inventec Appliances Corp (IAC).

"One of the reasons why investors have been interested in our company is that this a space where new technology hasn’t emerged in decades. The dominant technology that’s out there today has been around since the 40s, and it’s becoming a major problem around the world," said Goswami.

"Some of the things that we’ve seen of late, everything from huge amounts of smoke being produced by wildfires to  global pandemics like Coronavirus, which can be spread by airborne droplets, are all set against the backdrop of the larger fight against global air pollution and climate change. That has really brought air quality to the forefront of the mind not just investors but also consumers. The gap that we’re looking to fill is to actually help address all those different pollutants that are there in the air and get rid of them."

"The idea was that there are a lot of rooms in homes that are not 600 square feet large, so you don’t necessarily need a larger device, so we wanted to create options for consumers to basically be able to place this in various spaces through their home, and still have their problem addressed," explained Goswami.

Molekule's patented air purification technology is called PECO, which is able to destroy pollutants 1,000 times smaller than what high-efficiency particulate air (HEPA) was designed to capture, including VOCs, mold, viruses and bacteria. When light shines on the PECO filter, which is produced by LED inside the device, it generates a chemical reaction that breaks down the pollutants.

In addition to the new funding, Molekule also announced a new partnership with Lawrence Berkeley National Laboratory, in which the lab studied the effectiveness of the device on eliminating pollutants.

The study saw the lab placing a Molekule device in a room with a continuous low level injection of different gaseous pollutants, including limonene and toluene. Molekule was able to reduce these by 95 percent and 94 percent, respectively, while also removing more than 50 percent of formaldehyde from the air. On top of that, the tests also showed that Molekule's device did not generate any ozone by product, a harmful chemical that other air purifiers have shown to emit in the past.

"What they showed with our device was not only did it not produce ozone, but ozone is another lung irritant in a gas that we get rid of, and that’s pretty unique among air purifiers," said Goswami.

This is a big deal, he told me, because Lawrence Berkely National Lab has set standards for clean air purifiers, making them an important partner for Molekule.

"When you look to verify and assess the impact of your technology in the home and other various spaces, you need to go to the people at the real cutting edge of that research, and work with them to assess the impact. That’s what we did with Lawrence Berkeley National Lab, which has been used, for example, by the California Air Resources Board to develop and establish new standards for indoor air quality," he told me.

"Because they’ve developed these standards, they have really rigorous ways of testing how these air cleaners are able to reduce and get rid of pollutants in the air. That’s why we worked with them, because they’re the ones at the forefront of developing these standards."

Going beyond being a consumer device

When it launched three years ago, Molekule started out as a direct to consumer device, Goswami explained, because that was the fastest way to get it into the hands of consumers. The company has been developing its technology for 20 years, and saw pent up demand for a product like this.

"During that period, there was so much demand from people, especially people who suffer from allergies or asthma, or who are otherwise very attuned to what's in the air, and very sensitive to what’s in the air; that’s my background, I grew up suffering from asthma and allergies, so we knew that these people needed our help right away, so that’s why we launched direct to consumer," he said.

Since then, the company has diversified, including opening up selling on Amazon, and now it plans to use this new round of funding to further expand the accessibility of the product, including launching on other channels.

"When we launched initially we had anticipated a level of demand, and in our first year and a half we ended up selling out seven times. But since then we’ve, as a company, been able to build a scalable engine so we’ve been able to rise up to meet the demand out there in the market," said Goswami.

"We'll continue to scale the company, but it’s less so about scaling the company and it’s more about opening up, now that we’ve set up that strong baseline, new markets, new channels, to the opportunity."

Eventually, the plan is to have Molekule go beyond just being a direct to consumer device; the company is already partnering with the Mercy Health hospital system to understand how the device could potentially impact patients and improve their situations. While Molekule hasn't yet announced any partnerships in terms of directly selling with health systems, it has done a number of pilots and Goswami indicated that there might be some announcements made soon.

The long term play for Molekule is much bigger than that, though: it wants to become an integral part of the infrastructure of new and renovated buildings, actually being integrated into their systems.

"It’s incredibly important that we’re not just launching a company that sells individual and residential air purifiers, but we’re really looking to make this the new standard of air quality that’s ubiquitous in all spaces. So, it shouldn't be that you have to just buy a standalone Molekule to put in every place that you go, but ultimately that it should be incorporated into the infrastructure in all of these spaces," he said.

"Our ultimate goal is to become that new air quality standard, that new new baseline for improving the quality of the air that you breathe. Just think about how many times when you’re inside a space and you say, ‘I need a breath of fresh air, I need to step outside.’ The way that we feel about it is, while we can’t bring the outdoors and sunlight and all those things, we can bring that breath of fresh air. It should be available wherever you go. So, that's ultimately our goal, to be an integral part of indoor infrastructure." 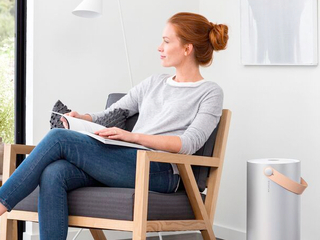 Molekule picks up $3.25M for a better air purifier