The company, which uses CRISPR technology to diagnose diseases, will being treating disease as well 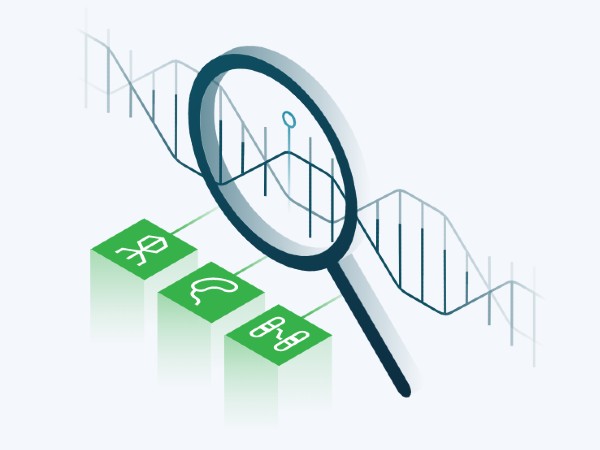 By now most of us have at least heard of CRISPR, but maybe we don't know what exactly it is. CRISPR, essentially, is a tool that make it easier to edit genomic DNA. So, let's say someone is born with a genetic defect, CRISPR can be used to go and fix that defect within their cells.

Mammoth Biosciences, which was co-founded by Jennifer Doudna, one of the discovers of CRISPR technology, is a company that came up with the idea of using it for a new purpose: diagnostics, with the ultimate goal of having even regular people being able to use the technology at home, without needing to see a doctor.

"Right now, the common way of describing CRISPR is a pair of scissors, and that’s not wrong, I just think it’s incomplete. At Mammoth, the way we view CRISPR is as a search engine, so it’s really a way of interacting with biology and getting things where you want them to go. When you start thinking about it that way, things like diagnostics makes more sense," Trevor Martin, co-founder and CEO of Mammoth Biosciences, told me in an interview.

"We’re using the CRISPR protein to find DNA or RNA, and then you can use that location to amplify some sort of signal conditionally. Or when you’re doing editing, you’re giving it a guide to tell it what kind of gene you want it to find to edit, it searches and findes that gene, and then it cuts it. So, we use the CRISPR protein as a search engine, it goes and finds the gene that you want it go upregulate, or downregulate, using CRISPR as a homing beacon."

On Thursday, the company revealed that it raised $45 million in a Series B round led by Decheng Capital and has participation from Mayfield, NFX, Verily, Brook Byers, Plum Alley, Pacific 8, aMoon, and others, bringing its total funding to around $70 million.

The company plans to use the funding to develop its CRISPR diagnostics and products as it extends its platform to include both gene-editing and therapeutics, on top of diagnostics.

"From the very beginning of the company, we’ve been focused on developing and characterizing novel proteins with new functions. That’s how we invented the field of CRISPR-based diagnostics. That’s always been a core competency, and something the company is world class at as well," Martin said.

"As we’ve continued to develop these novel enzymes for these really great properties, of course we’ve used them in diagnostics, but I think the utility of them in therapeutics is so high that we feel obligated to leverage these novel proteins in the diverse areas that they’re useful in, across therapeutics and diagnostics."

Mammoth's efforts in therapeutics will be helped by its discovery of the Cas14 enzyme, which is much smaller, and therefore easily targeted, than the more commonly used Cas9, which can't be used for CRISPR-based diagnostics.

"This is an amazing set of enzymes for diagnostics, because it allows to target truly anywhere in the genome. Usually there’s some kind of asterisk, and a lot of proteins can only go here or there, but these can actually go truly anywhere. That’s super important for precision medicine applications where you want a genotype, or something like that, because you can’t rely on just hoping you can target near where a certain genome is," Martin explained.

Cas14 proteins are a third of the size of Cas9 proteins, which allows the company to do in-vivo editing, where cells are edited without ever being removed, as opposed to ex-vivo editing, where cells are taken out of the body, edited, and then put back in. This is especially useful in patients who have diseases where removing their cells and putting them back is not possible.

"When you have a nanosized CRISPR protein, like these Cas14 enzymes, that’s just game changing for delivery. It opens so many doors around what you can do, where as before we were struggling to fit into different delivery mechanisms," said Martin, noting that they can also have different immune profiles than other proteins as they "come from a  different part of the tree of life."

"Mammoth has this extremely broad toolbox of proteins, with all sorts of different functions, and for whatever problem we’re looking at we can go into that toolbox, pull out the right tool, and then use it. We’re not locked into having to use Cas9 or whatever particular single protein that we have access to."

In addition to expanding to those new areas, Mammoth will also use the funding to explore partnerships with biotech and pharmaceutical companies.

For example, Mammoth recently entered into a partnership with Horizon Discovery, a company in the bioproduction space.

"We’re bringing the CRISPR expertise and we’re collaborating our novel enzymes for use in bioproduction, and they bring incredibly deep expertise around this field, in terms of customer acquisition, in terms of real problems that customers face. So, it’s extremely complementary and powerful, and I think that’s a great example of how it’s accelerate the time to market," said Martin.

"Obviously, we can’t be experts at everything, so one thing that we’re very focused on right now is forming very deep collaborations and partnerships with companies, especially in the therapeutics space, who have the expertise that we don’t have: going through clinical trials, disease areas, specific indication expertise, and working really closely with them to get these proteins into curing patients as rapidly as possible,."

Of course, diagnostics is still a big part of what Mammoth does, and the company is hoping to go into clinical trials for its at-home diagnostic tests, which might come in the form of a pregnancy test, for example, in the next few years.

In addition to the new funding, Mammoth also announced that Jeff Huber has joined the company’s board as an independent director, while Lloyd Minor, the Dean of the Stanford University School of Medicine, has joined the Mammoth advisory board.

"Jeff has been an incredible mentor generally during the company’s journey and we’re really excited to bring him on in this more formal role. He’s had an interesting journey, in terms of going from the software industry into biotech, and he brings a wealth of experience from serving on boards like Illumina’s, but then he also has that startup experience, he was the co-founder of Grail. So, he’s extremely unique in terms of having had the 10,000 foot view but then he’s had that operator view. He’s also gone across industries and I think that’s important to us because we’re always trying to bring in new perspectives so, as we’re trying new things out, we can have as diverse of an opinion-base as possible," Martin told me.

"Lloyd is just the ultimate domain expert. He’s extremely deep on understanding precision medicine, and, when you get down to it, his role at Stanford gives him an incredible perspective on what the real problems that patients are facing in hospitals, across diagnostics and therapeutics." 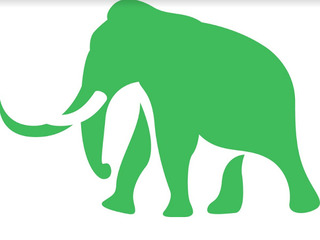