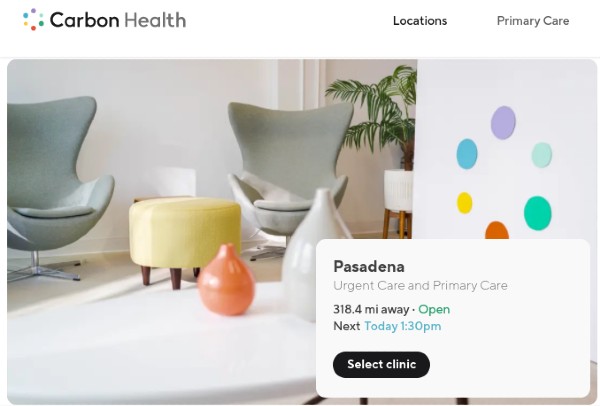 Carbon Health is one of a number of startups, along with Cityblock, Solv and Tia, that are changing the way that patients are able to access care. They offer patients services such as telemedicine, allowing them to get care remotely, while also opening their own clinics that are designed to be cheaper, and more accessible, than traditional medicine.

The company, which began life in the Bay Area, is now expanding its footprint, announcing on Tuesday that it has opened its second clinic in Southern California, this time in Pasadena. The company had previously opened a clinic in the Echo Park neighborhood in Los Angeles this past summer, after it merged with Treat Medical.

Carbon Health is a platform that combines a mobile app with a network of doctors and clinics. With the app, patients can manage appointments, billing, pharmacy refills and lab results from their phone. They can also talk with doctors and staff for quick answers to their questions. The company offers primary and urgent care clinics, which don't require a membership or fees from the patient.

In October of 2018, Carbon merged with the Direct Urgent Care network to open seven brick-and-mortar clinics caring for 40,000 active patients. With the Pasadena location, Carbon Health now has 14 clinics in all, and it has no intention of slowing down; in fact, the company plans to have eventually more than a dozen clinics in Southern California.

Part of the reason for the continued expansion in California is that access to care in the state,  “is still largely limited,” Eren Bali, Co-Founder and CEO of Carbon Health, said in a statement.

“In fact, California has one of the highest number of urgent care clinics in the country, but urgent care per capita still lags far behind the national average. This changes with Carbon Health. With our aggressive expansion plan, we will introduce multispecialty services and open clinics near convenient retail locations in a range of neighborhoods. We are redefining healthcare delivery and continuing on our mission to make world-class healthcare accessible to everyone.”

The company is also looking to eventually go beyond California, with plans to have 100 locations around the country over the next year and a half. When Bali spoke to VatorNews last year, he said that the company had done site selection in five new markets including New York, New Jersey and Nevada, and that it was active conversation with partners in all of these markets. 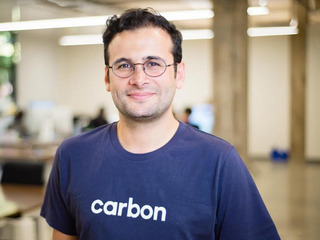