Here's my latest installment of Invent Health weekly, my curation of information and news around the Internet along with my opinions about them. The content is focused on the topic we'll be covering at our next salon. This time, it's: Future of Mental and Behavioral Health, which will be hosted on March 25, 2020 at UCSF.

If this theme is of interest to you, register early to join us. Or join the Vator community to get these roundups in your inbox. Or if you're looking to disrupt this space, we're also still looking for young startups to present. Apply here to let us know you're interested.

So what's new or trending in mental and behavioral health?

- UCLA gets funding to research the science behind "kindness". Turns out kindness is actually good for our mental well-being and acts of kindness impact our sympathetic and parasympathetic nervous system which then triggers us to act calmly. Researchers want to know where kindness comes from.

- Generation Z is the loneliest generation. I have several Gen Z kids, so this worries me. But one key to unlocking loneliness is "work" or purpose and this is why my kids have to work.

- Loneliness affects seniors as well, resulting in new supplemental benefits CMS says it will cover so that those on Medicare Advantage can stay social and healthy.

- Finally, CVS Health is on a roll when it comes to redesigning the way we think about our health. In 2017, I wrote about my vision for the CVS in my neighborhood and it looks like I wasn't far off. Here's what I wrote: Your local CVS store may be your health clinic, insurer and fitness center.

Read on and see what else CVS Health is up to. 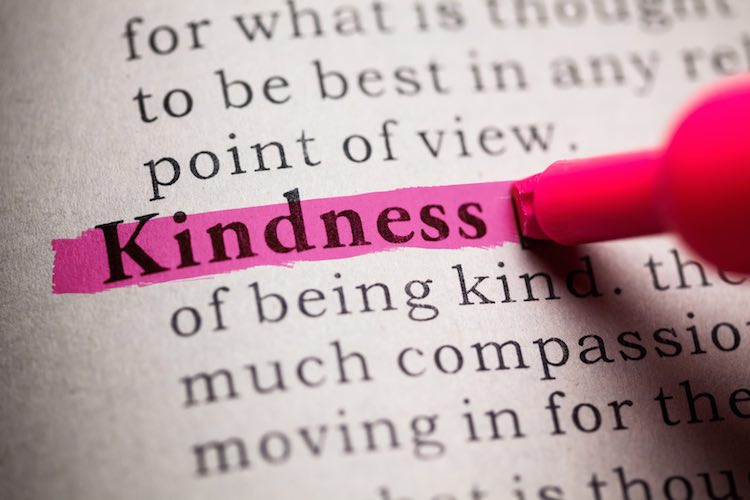 A new research institute called the UCLA Bedari Kindness Institute received $20 million from the Bedari Foundation to start a new program of generosity and kindness.

In an Atlantic article, Darnell Hunt, dean of the UCLA division of social sciences, said, "In the midst of current world politics, violence and strife, the UCLA Bedari Kindness Institute seeks to be an antidote." The institute says it will take an interdisciplinary approach to understanding kindness, by looking at such acts through the lens of evolution, biology, psychology, economics, culture and sociology. For instance, the institute will study why witnessing acts of remarkable kindness motivates the observer to be kind. This dynamic is called "contagious kindness," which is being studied by UCLA's Daniel Fessler, an evolutionary anthropologist. In other places, it's called "moral elevation," and a study in Biology Psychology showed that when students viewed kind acts, "activity in both the sympathetic and parasympathetic nervous system peaked... [resulting in a] calming, self-soothing response." Hunt told The Atlantic that the program will ask these questions: "What are the implications of kindness? Where does it come from? How can we promote it? What are the relationships between kindness and the way the brain functions?"

Read more in The Atlantic

My thoughts on scientific rigor applied to kindness 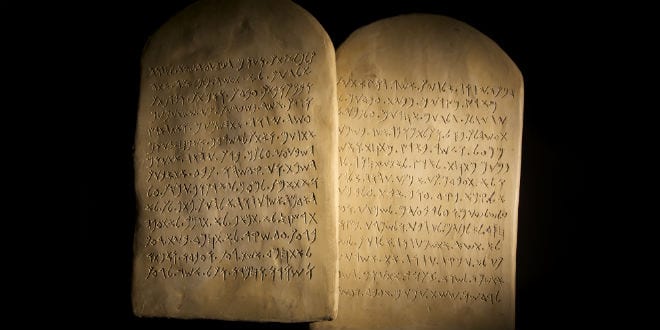 The 10 commandments encourages people to be kind to one another. There's no scientific study, that I'm aware of, to examine where these commandments came from because according to the Bible, they came from God speaking as a burning bush to Moses, who then wrote them down on tablets. This story has been a powerfully motivating force for centuries. No scientific rigor is needed to know where kindness came from and why it works.

Nonetheless, any scientific approach to understanding kindness, how it impacts our brain, and how to promote more of it is necessary. It also underscores the significant value of the 10 commandments as guiding principles for centuries.

Gen Z is the loneliest generation

In 2018, Cigna came out with a survey of 20,000 US adults and found that nearly half said they were "sometimes or always feeling alone or left out." Generation Z, those born in 1996 and after (about 24 today) are the loneliest. More than two-thirds of them identified with 10 out of the 11 feelings associated with loneliness, including feeling that people around them are not really with them and feeling that people don't really know them well.

Surprisingly, the survey found that social media doesn't have an impact on loneliness since those who defined themselves as heavy users had similar scores with those who said they weren't big users. But those who work were found to be less lonely than students and the unemployed. The unemployed had the "highest feelings of loneliness." Does this mean retired people are the most lonely? You'd think. But retired people actually weren't seen as lonely because they found a supportive community, according to Douglas Nemecek Chief Medical Officer for Behavioral Health at Cigna. Nemecek also told CNBC that it's "it’s critical that employers create a space where employees can connect face-to-face and form meaningful relationships with their co-workers.” 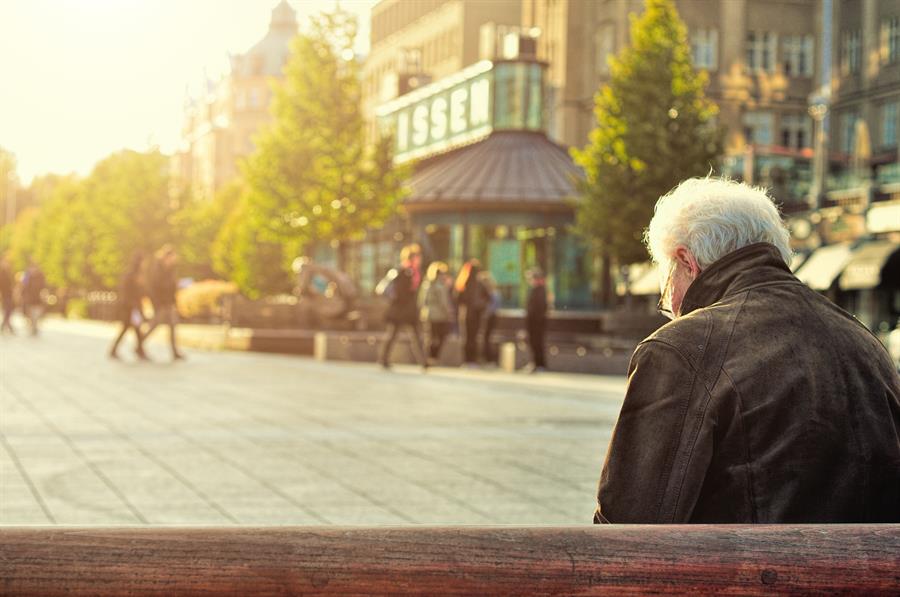 Loneliness is a big deal for Medicare Advantage insurers. CMS (The Centers for Medicare & Medicaid Services) will allow plans to cover new benefits in 2020, such as meal delivery for people with chronic conditions. This is part of the center's ongoing efforts to cover social determinants of health, which started in 2019 when HHS allowed for plans to cover transportation, home health visits and other amenities, such as air conditioners.

Besides the convenience of food delivered to one's home, there's also the social aspect of interacting with the delivery person, if even briefly. A 2010 study found that "socially isolated" people were 50 percent more likely to die prematurely. Another study from CVS Health found that a quarter of people 65 and older have no one living nearby to support them and another quarter don't know where they can go to meet new people. Humana's Chief Medical Officer, William Shrank told FierceHealthcare that "social isolation" is "really important" for Humana and that there's compelling evidence demonstrating strong relationships between social isolation and health outcomes.

To this end, Humana has partnered with Papa, a new startup that provides grandchildren on-demand to seniors. As part of the service, college students visit seniors and assist with chores. Another solution offered is Silver Sneakers fitness class, which is an opportunity for seniors to get fit with peers. Silver Sneakers is a fitness program offered at over 15,000 locations in the country. Caraline Coats, VP of Population Health Strategy at Humana, said the pilot programs have produced strong "anecdotal" evidence. 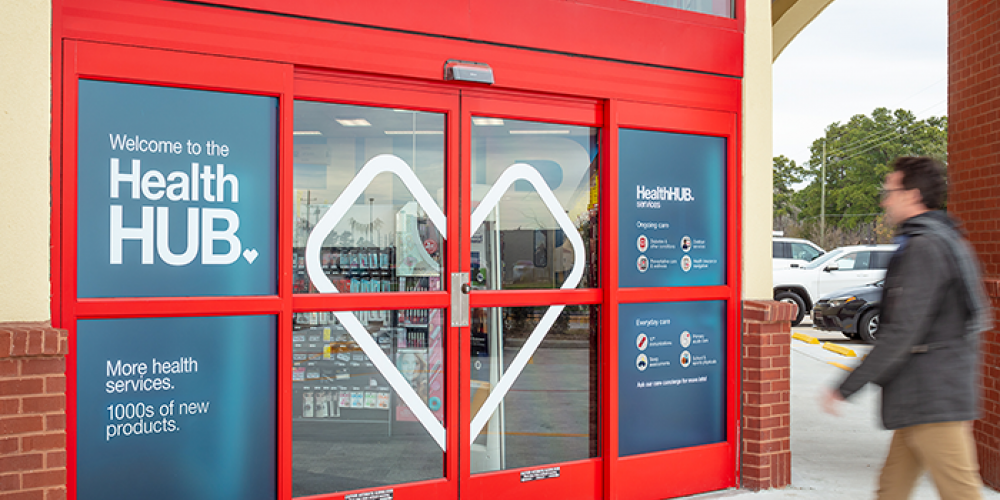 Meanwhile Aetna, which will start its partnership with Papa in 2020, also provides coverage for Silver Sneaker classes and other activities held in senior centers. This is all part of CVS Health's Destination: Health program, which was announced this past July.

This program acknowledges that 60 percent of a person's lifespan is influenced by daily activities outside the clinical office. There are a number of initiatives, including the company's Building Healthier Communities, a $100 million 5-year initiative to work with its 10,000 communities it has a presence in.

Its program also includes a partnership with Unite Us, an aggregator of social services, to help Aetna's Medicaid and Dual eligible members access social services in their communities. The idea is to foster "a community of care" and to "empower" the community to make the most of the services available to them. Additionally, Aetna wants to help employers identify and address social determinants of health. One of its first offerings announced this fall is a Social Isolation Index, which looks at claims data et alia to identify high-risk Medicare members. CVS Health will also make more than $50 million in investments by the end of this year in affordable housing.

All of this aligns with CVS Health's roadmap to change health services. Earlier this year, CVS Health announced its HealthHub store concept to make its store more holistic. No longer would it just offer medications, vitamins, and beauty items, but now its HealthHub stores will even have spaces to host events, like nutrition classes.