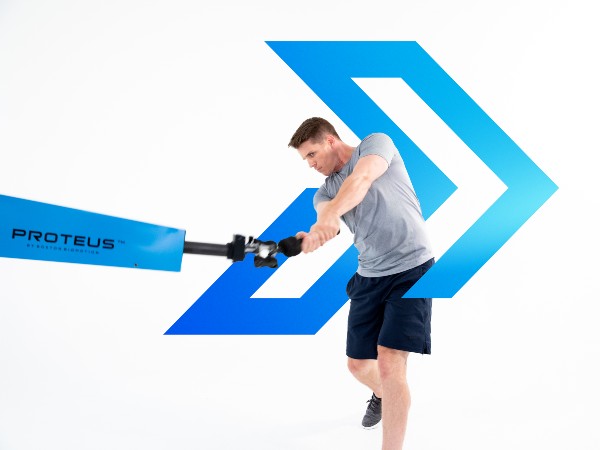 New York City-based Proteus Motion, formerly known as Boston Biomotion, is a provider of both hardware and analytics software that is meant to improve the way athletes and patients rehabilitate and train.

The company announced on Tuesday that it raised a $3.8 million round of funding led by NBA Commissioner Emeritus David Stern, along with Harris Blitzer Sports & Entertainment, the owner of the New Jersey Devils and Philadelphia 76ers.

"We're thrilled to have David join as an investor and an advisor on numerous fronts. I've had the pleasure of getting to know David over the last 18 months. He previously turned me down three times but we kept in touch until he joined as investor and advisor. He is incredibly knowledgeable about the entire sports and sports tech market. I value his opinion, perspective and vision, immensely," Proteus Motion founder and CEO Sam Miller told VatorNews.

"We are doing something very transformative and quite radical. To have David's support is a big milestone. Four years ago I may have been perceived as a guy pedaling a radical idea—though maybe that hasn't changed—but now David is one of our new fantastic supporters who bring an elite level of credibility and validation to our endeavors. It also means that we get to benefit from his unique advice and macro-perspective which has been really valuable."

The Proteus system uses what it calls "3D resistance training" and 3D measurement to help athletes rehabilitate faster. The company says the system is able to stimulate the athlete's neuromuscular system up to 3x more than free weights and cable machines, while protecting joints and ligaments with low impact resistance.

The system also allows coaches and trainers to make better informed decisions by offering them insights and analysis. They get automatic biofeedback across six metrics, including power, force development, endurance, ROM, consistency, and deceleration, at every point within a movement pattern. Proteus also gives them tools for evaluating consistency of movement and tracking progress.

"3D resistance is desirable for high muscle activation, low strain on joints and rapidly learning and optimizing movement patterns. The experience is intense, like swimming but much harder, and for any conceivable movement. Data and performance-tracking make the experience very motivating, personalized and delivers actionable insights to the trainer and end-user," said Miller.

Clients book training or rehab sessions on Proteus with their trainer. When the client arrives, the trainer logs the user in and runs them through a warm up on Proteus, then goes into the client’s program, which is either designed on the spot or can be preset by the trainer remotely. Programs are either created by the trainer, or can be chosen from Proteus' templates, including power development, metabolic conditioning and strength tests. Clients then go through entire personalized assessments or workouts in no more than 10 to 15 minutes.

"We embrace the fact that trainers know what they do best. Proteus empowers them to deliver better results using 3D resistance and engaging, actionable and objective data. It also allows the trainer and facility to make more money through a combination of increased retention, training fee service revenues and lead generation/marketing," Miller explained.

"We see that trainers contribute their own knowledge to the platform by creating programs which can be kept secret or distributed across any Proteus system—and even inventing new exercises."

What separates Proteus from other fitness and sports tech companies, he said, is that they are "focused exclusively on content." Most equipment, including cable machines, isn't designed to improve movement, and instead strengthens isolated muscles. That's why he decided to design Proteus.

"Whether it’s in sport or everyday life, moving well, including proper technique and optimizing your movement, is critical to performing better and resisting injury. However, fitness equipment, such as cable machines, free weights and selectorized machines, are not designed for movement in three dimensions. Instead, they force users to adapt their movement to a machine rather than hardware adapting to and working to enhance their unique movements," said Miller.

"Since fitness equipment hasn’t changed much in 40 years—since the Nautilus—people have been hardwired to changing their stance and movement because they’re using a cable machine, or thinking that they have to use an entire room of equipment to target each part of their body. Additionally, there are major limitations to the depth, accuracy and relevance of data that can come from something like a cable machine."

Proteus' customers right now are primarily sports training facilities, though it is looking to expand into boutique fitness for personal training and group training. Soon after that, the plan it to expand into traditional physical therapy/medical, and commercial fitness.

The platform is currently being used by teams in MLB, NHL and NCAA athletic programs, in addition to training and rehabilitation facilities around the world. The system has gained traction in the pitching community, especially among those rehabilitating from Tommy John surgery.

Funds from the round will be dedicated toward new software products, including a virtual personal training, which will feature automated training, intelligent recommendations and programming, for unstaffed or semi-staffed Proteus sessions.

The funding will also go toward manufacturing, and research and development for Version 2 of the Proteus system.

"The Proteus system's technology is designed for every person, any age and any stage of health. We believe that Proteus systems will be ubiquitous and a gold standard in all locations focused on human performance, including gyms, rehab centers hospitals and doctors' offices," said Miller.

"Our vision for the future of fitness and rehabilitation involves a shift in the behavior of individual users who are able to get stronger fast and resist injury easily, and do it in less time. This includes a shift in the traditional role of trainers and therapists who are able to leverage intelligent tech to dramatically improve the efficiency of each session, therapy duration, precision programming and personalization, and monetary incentives."