Are patients equipped to handle their own health insurance? And do they even want to? 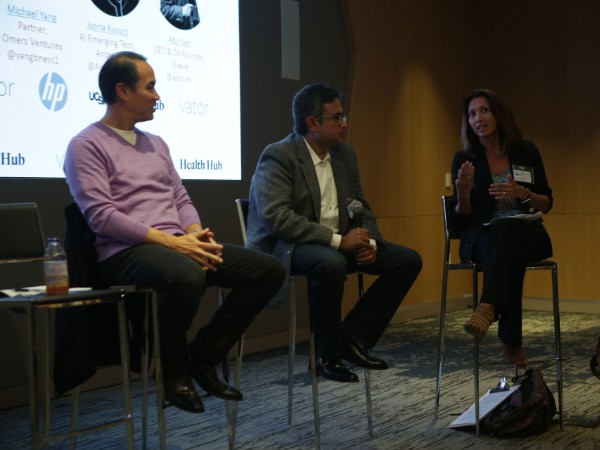 At The Future of Health Insurance, the latest healthcare salon held by Vator, UCSF Health Hub and HP, one topic of conversation that came up was how to empower consumers to take more control over their healthcare, and their insurance benefits.

While that sounds great in theory (of course the member should have more control over their own insurance!) that's easier said than done, and it raises big questions: are consumers equipped to take over this aspect of their lives? Do they understand insurance benefits enough to make informed choice? More importantly, do they even want to have that responsibility?

There was disagreement during the event over the answers to those questions, with Michael Yang, Partner at OMERS Ventures, taking the side of consumers not being able to handle taking on their health finances.

Part of the problem with empowering employees, he said, is that "there’s no literacy in this space," so giving people options to decide something they don't understand doesn't work. Therefore, he believes that giving people fewer choices will actually be better for them.

"There’s a presumption that the consumer, the patient, the member, the employee, is actually literate and therefore, if you empower them, they can actually make the right decision. I would actually say they are not literate, and actually what they need is more of a managed service, or a curated set of hands, that’s going to take them there," he said.

"I believe in the paradox of choice and I think choice, in this business, is actually two options, frankly. So, you’re almost better off just giving them one option, or at most two, and then making sure they take advantage and maximize of all the programs and initiatives that have been deployed in that plan."

The other factor that Yang said plays a big role in that the lack of literacy are the social determinants of health. Basically, what he was saying is that people have too many other things to overcome, and too much already to think about, to start taking such a deep dive into their health insurance, which is notoriously complex.

"Frankly, if you’re fighting other fights, you’re not even a healthcare consumer. You’re not even at baseline zero to participate in all the great things that these guys are offering. So, you’re at a deficit, you're drowning, and trying to just get to the top of the pool in order to figure out how to use these tools you've been given."

Co-moderator Bambi Francisco Roizen, founder and CEO at Vator, had earlier asked Yang how he thinks about investing in these types of solutions, and what potential concerns he had about engagement, especially in light of companies like Livongo, which had good retention, went public and then subsequently saw a big drop off.

"You’re kind of skeptical about the healthcare insurance companies because they haven't delivered significantly better outcomes than traditional ones, and what you're interested in is investing in some of these new benefit companies that insurance companies can offer to members," she said.

"Retention has got to be a concern for you as an investor when you’re looking at these companies."

Yang's response was that "it depends," and that he likes to invest in solutions that are primarily sold into the employer market.

"That’s over 50 percent of the lives in America and that’s where most of the money basically is," he said. "I have particularly spent my time is really at the largest employers in the country. What’s in their mindset? What tools are they looking for and all that? I think they're very much are looking to empower their employees, but in a different way."

Co-moderator Archana Dubey, Global Medical Director at HP, pointed out that it's not just those who are struggling who don't want to deal with their own insurance, but it's actually everyone, even top executives, who want to pass the responsibility off to someone else.

"The health literacy aspect that you talked about, some of it could be the social determinants, when it's someone who has true socio-economic hardship, but then there is this high performing individual, this executive, flying across the country who wants the doctor to just take them through the journey, and to not have to make decisions themselves," she said.

"It’s like, ‘You tell me what to do and I’ll do it.’ You can see both almost at the same level of, not health literacy but health advocacy for themselves. That is hard for large employers, even Medicare, to solve for that."

Francisco pointed out that the reason people are illiterate when it comes to their healthcare might because of the lack of options, which has led to people not needing to do that deeper dive. Younger people, she said, will demand to be more engaged, and will, therefore, be more literate going forward.

"With all due respect, the employees of HP versus the employees at Facebook, they’re kind of a different demographic. So, let’s talk about the new demographic and their new demands, and I think the way they will increasingly demand how they engage with their health services. They will become health literate. I think one of the reasons why there’s illiteracy is because you never gave them an option in the first place, or choice," she said.

She then turned to  Shawn Wagoner, co-founder of Bind On-Demand Health Insurance, who  had a different opinion than Yang on how literate people are when it comes to their healthcare; namely, he believes that they are literate right now, and can thrive if given the information.

"There are people who are old, who are mentally ill, who have cancer, and they can’t self advocate. You can give them the best plan possible, and they can’t even read the paper. You have to have an advocate. Yes, it helps to give options, but to say we’re all literate? This isn’t the normal population. This is Silicon Valley at HP, of course everyone here is literate. I’m talking about the masses. That’s who needs help," the audience member said, which Wagoner did agree with, at least in part.

"Absolutely. I would say, yes, part of the masses are what you’re describing. But the masses, I would argue, have the ability to make decisions," he responded.

"Right now, they’re given a benefit product that is indecipherable. You can't make a decision, you don't understand the product, you’re not given information, there’s no way to know a price."

For example, he said, if you go to Sutter, the company can tell you the average price for the 50 most used services, but you actually need to go talk to the insurance company because what really matters is your benefit and what gets coded and paid for, not how much it costs. 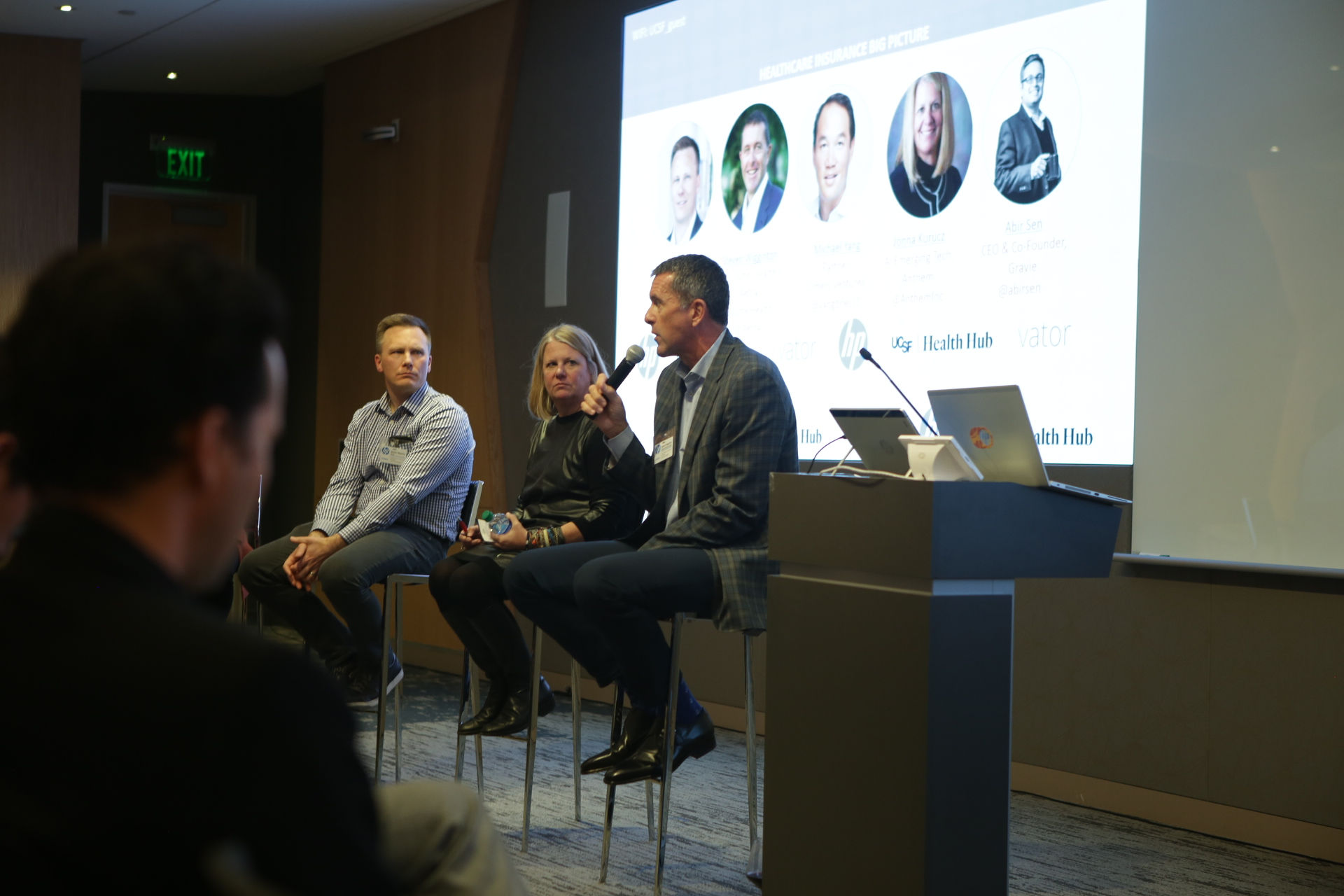 "So now I'm in a circular loop. It's indecipherable when you have elements like coinsurance and deductibles in place. Non-freaking-sensible. Eliminate them," said Wagoner.

At Bind, he said, they had prepared to get hundreds of calls when the new year came around and people were going to be entering into a new plan with new benefits, but they actually wound up getting barely any when people were able to get their information online.

"We went to our new administrative partner and said, ‘We have to prepare for this. How are we going to prepare our call centers for what kind of volume?’ They said, ‘Based on our 15 years of doing this, you need to plan to get 624 phone calls.’ So we staffed for 700 phone calls. We had 24. How many searches did we have digitally that got their questions answered, because they’re literate if you give them the right information? 1,250." 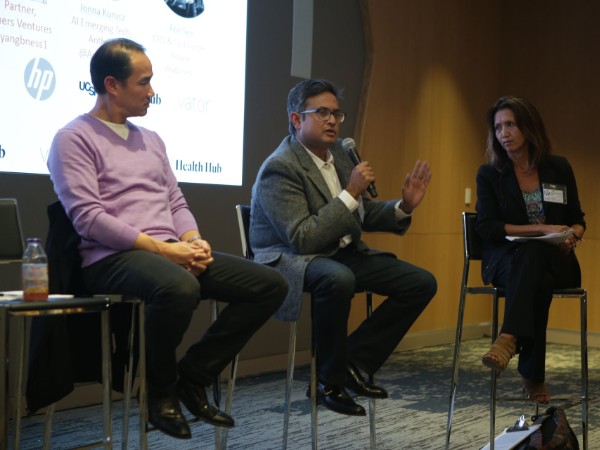 Abir Sen, CEO and co-founder of Gravie, then entered into the debate, stating that nobody was saying that people shouldn't have advocates. In fact, he said, the first thing that his company did was build a call center so they could answer patient questions.

"We’re a tech enabled company but the service is human. It’s advice. We’re in the business of providing advice, and the advice just happens to be targeted at a healthcare problem. But I would submit to you that I don’t think there’s a choice," he said.

Sen believes that people will eventually have to become more literate because of the way the system is going to change in the next few years. While healthcare inflation is expected to be 8 to 10 percent over the next 15 years, GDP growth is only expected to be about 2 or 3 percent. That, he said, is already a problem for small employers, but it's eventually going to be a problem for employers of all sizes. He argued that many of them will stop offering healthcare altogether, not only because they can afford it but also because of a change in the tax law, specifically around individual coverage health reimbursement arrangements (ICHRA), which will go into effect next year.

"Why does the employer have to be that advocate? Well, it’s because of tax. When an employer buys health insurance, it’s pre-taxed, but when the individual buys it, they buy it with after-tax dollars. This was due to wage controls of the 1950s. Well, guess what? That’s just changed. Starting in January 2020, when an employer gives you money to go buy your own healthcare insurance and healthcare, that’s pre-taxed too," he said.

"The world of tomorrow looks different than the world of today, and the reason is the employer is not going to be able to afford to be the aggregator of demand that it has been in the past. And our premise is that, when the employer abdicates their role of being the aggregator of demand, somebody else needs to step in, and we hope that will be us." 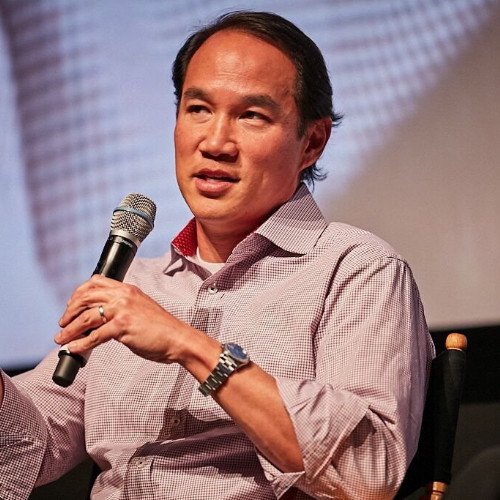 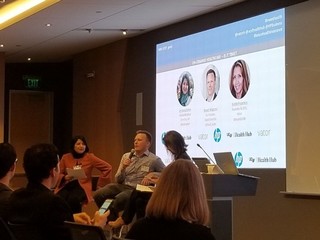 The new health insurance companies want to empower the consumer 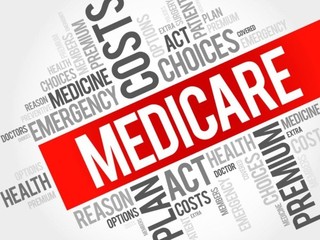 Who you'll see at The Future of Health Insurance