The company offers patients with monthly home visits, and 24/7 access to triage services 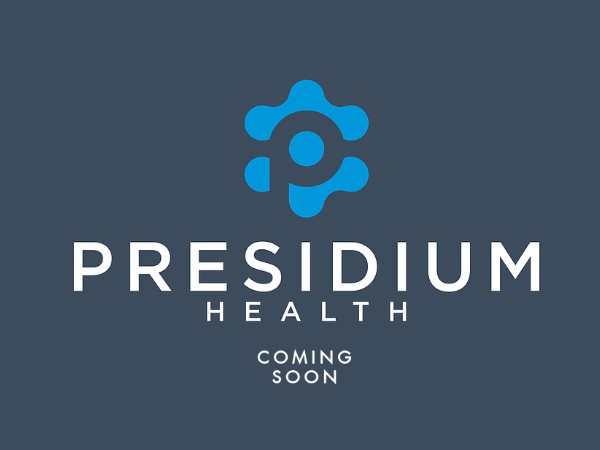 The way we think about healthcare is changing, not only in how care is delivered, thanks to the wave of digital therapeutics, but also where we receive that care. With the rise of telemedicine, and companies like Heal and Landmark Health that are bringing back doctor house calls, more and more care is happening outside the traditional four walls of the doctors office.

Yet, some of our most vulnerable patients are still being left behind, said Dr. Pouya Afshar, co-founder and CEO of Presidium Health, a mobile healthcare company that targets medically complex patients.

"The problem that we’ve identified is that, in this age of digital health revolution, there’s a lot of companies out there building programs and apps and other services, but when you look at who they’re designed for, it’s really targeting the masses. And when you look at where the disproportionate amount of healthcare costs are going to, which is the top five percent of our population that’s consuming 50 percent of the $3.5 trillion budget, the solutions for them aren’t really existent," he told me in an interview.

"There’s not a lot of options for them, besides cycling through the 9-11 system that gets them from home to emergency department to hospital to nursing home. Then they’re stuck in this cycle."

Presidium is designed specifically for these patients, who are mostly seniors with multiple chronic disease states, providing them with a 24/7 medical triage team who make monthly visits, and who can also provide acute care in case of emergency. Patients have access to urgent care services at home, including delivery of medications, labs, and X-rays.

"We really catered our service to take the lead in providing services for these high complexity, high cost and, typically, neglected patients that are out there, not just having limited access to care but also costing the system a tremendous amount of money," said Afshar.

On Tuesday, the San Diego-based company announced that it raised $3.5 million in a Series A round of funding led by Alethea Capital Management. This is the company's first funding.

A boots on the ground approach to healthcare

Founded in 2015, Presidium offers what Afshar calls "a very boots on the ground approach," meaning that the company has 15 physicians and 10 nurse practitioners, all of whom are employees of Presidium, who provide traditional house calls, typically on a month to month basis.

"That’s designed to get in front of their disease states before they exacerbate to something that’s catastrophic," Afshar explained.

In addition, patients also get access to a 24 hour a day triage line, allowing them to call Presidium anytime of the day or night. When they call, are put in touch with someone who, thanks to Presidium's technology, knows exactly who they are, what their medications are, and who will, in real time, allow them to receive acute care services, be it ER type of services or even hospital at home type services.

The technology platform that allows Presidium to take care of patients, and to provide patients with these services, is called Secure Text Activated Triage (STAT). It's a user interface that provides patients with a medical alert device, which allows them to immediately contact Presidium and for the company to get real-time transmission of vitals and personal health records.

"We were very careful not to jump on the bandwagon of building another app for a smartphone because we realized that our end users aren't necessarily going to have a smartphone or know how to use one. So, we’ve taken a very simple user interface in the form of a Life Alert-type of device, and that becomes the front end for the patient. So they have a device that looks and feels a lot like Life Alert, but it’s actually a cellphone with all outbound calls going to our call center," said Afshar.

"The patient can any time of day push the button, a cell signal calls us and, in real time, we’ve got a speaker on these devices, and they’re speaking with our triage team. In addition to that, the devices have a fall alert system, so if they go from a standing to a lying position suddenly, we get notified. If there are wandering risk, we can identify a geofence around the proximity of their house and get notified if they leave that boundary."

On the back end, when the patient presses the button, Presidium is receiving, in real time, all of the patients' medical information, including their medications, their diagnoses, and, if they have a wearable, their vital signs as well, all of which is inputted into a text platform. That means that the minute the operator picks up the phone, the company can identify this patient and their potential needs.

So far, Presidium has had close to 6,000 patients that have gone through its program, and it has about 1,500 that currently active.

While providing concierge care might seem like a more expensive way to run healthcare, given that the company has someone on call to go to a patients home at literally any time of the day or night, according to Afshar it's actually less expensive in the long run.

That's because the platform is able to reduce readmission rates by as much as 60 percent, as well as rehospitalization rates. In one pilot study the company did about two years ago with 2,000 patients who were discharged from a skilled nursing facility, the company was able to reduce the average readmitted rate from 20 percent to 5 percent. Those reductions, in turn, lead to cost savings.

"The key is that we’re targeting high risk patients. So, you take a patient who, on average,  goes to the emergency department five, six a year, gets hospitalized three or four times during those visits, you’re talking about a total cost of care that can reach upwards of $100,000 or more per year. If we target those patients, that’s essentially what the budget is on an annual basis for those patients," he said.

"So, although it might seem to be a little more costly up front for these patients to provide this type of service, on the back end, the savings that come from this are immense because you’re dealing with a high cost environment."

Patients who use Presidium pay nothing to access its services; instead the company partners with insurance companies who pay for it through the money it saves them. So far, the company has seen a minimum of a 20 percent cost savings with the patients who use its platform, while some patients exceed 30 or 40 percent savings.

"We can go to insurance companies and we tell them, 'We want to take over your highest risk, highest cost, most medically complex patients,' then take them out of their traditional plans, where they see a doctor maybe once a year and onto this path of monthly visits and 24 hour access to care," said Afshar.

"At the end of the day, what happens is the patients are receiving concierge care, which they’re very happy about, the insurance companies are able to dramatically reduce the cost of total care and everyone benefits, including the system as a whole. Where the financial model takes off is reducing the total cost of care for a high cost, high budget patient."

Presidium says it will use the new funding to expand its physician-based services and to build  out the STAT platform. It will also use the funding to further its marketing programs, which Afshar clarifies as being more about public awareness than advertising its services.

"When we tell people that we provide this service, they scratch their heads and they go, ‘Ok, that sounds like concierge care, how much does it cost?’ And we’ve been very careful not to portray that image of a company that’s catering to the higher income individual. So, I think it’s more public awareness than true marketing," he told me.

"I sort of define marketing as going after customers and putting a value on how much business you generate from a certain type of advertising, but this more a campaign to let people know that they have options beyond the traditional calling 9-11. It also as much designed for the patient as their caregivers, their sons and daughters, who are oftentimes most involved in patient care."

Ultimately, the goal is, of course, to expand Presidium outside of the San Diego the market and to, eventually, make the Presidium platform into "the standard of care."