Panelists from IDx, Providence Express Care and Komodo Health all weighed in 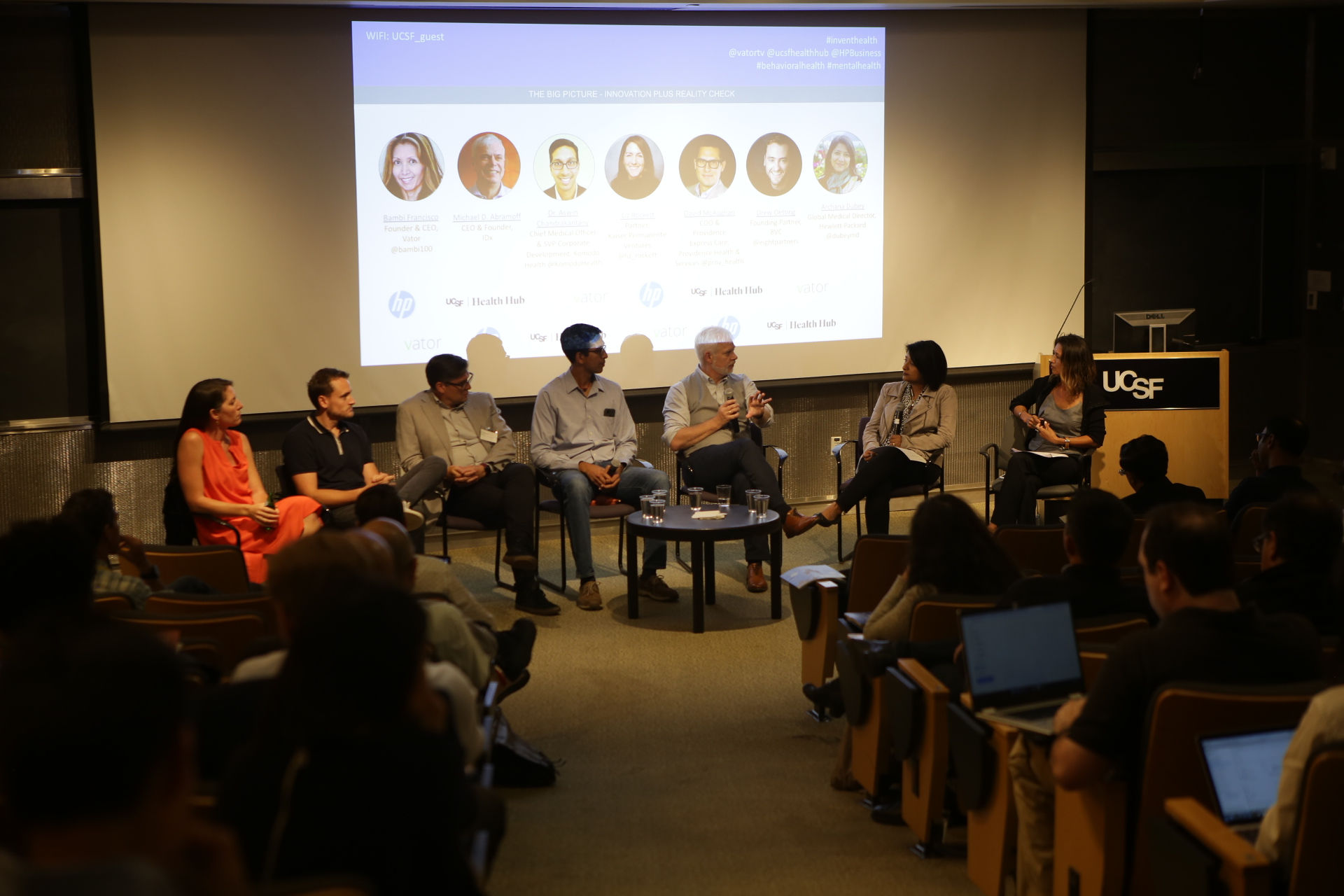 Last week, Vator held its latest salon, called Reinventing the Doctor, where we invited healthcare entrepreneurs and investors to talk about the evolving role of the doctor in an increasingly tech-driven space.

The first person to answer the question was Abramoff, whose company was the first autonomous AI to be commercially authorized by the FDA for diagnosing diabetic retinopathy.

His company, IDx is the maker of IDx-DR, which, as Francisco described it in an earlier article, "enables mid-level practitioners to screen for diabetic retinopathy without the validation of an ophthalmologist, thereby alleviating the workload on the specialist, but also allowing more diabetics to get tested." Basically, the technology is meant to make the life of the ophthalmologist easier, while also increasing their business.

When Dubey asked Abramoff how doctors feel about his technology "almost talking some of the bread and butter out of the hands of your colleagues," he responded that the important thing is to be transparent with them about what the technology is going to mean for them.

"They’re not always happy about it and maybe there’s some ophthalmologists that are still not happy about it but, in general, I think it’s very important to be transparent and open about what we’re doing, whether it’s a scientist or your own company," he said.

"By being very transparent and open about the risks and benefits it is actually an advantage because when we talk about the AI and how do we make it better for patients and doctors, well, what you do is you make an early diagnosis where the patient actually is [found to have early signs of a diseases] and if they’re normal they still need to see an ophthalmologist and now the ophthalmologist is happy because it’s a good case, rather than a bad case." In other words, specialists see the same number of patients, just a different pool of them - those who need their help vs just a simple eye exam.

He recounted that, early in his career he was nicknamed the “the Retinator” in an editorial by Peter McDonell, the Chair of ophthalmology at Johns Hopkins University, who accused Abramoff of destroying ophthalmology. Thanks to the transparency he has brought to the space, however, the AMA editorial did a more recent editorial saying, "This ophthalmologist is doing AI the right away."

"The principal is to be very open and transparent," Abramoff said.

Francisco then turned to McAughan and asked him if he would put IDx machines into Providence retail clinics since the machines are cheaper than an ophthalmologist exam and if all people were tested, like the flu, there would be fewer and fewer people with diabetic retinopathy.

While he didn't answer the question directly, McAughan did speak to the fact that "doctors are inundated with new requests all the time for new technologies, new processes, different metrics, changing comp models, both as a reimbursement model but also their own compensation."

They don't want new technologies unless they know that "unless it’s truly making their lives easier or they can get paid more," he said and IDx in particular is "asking doctors to take on a responsibility for something that they historically weren’t, in a primary care office." While the ophthalmologist's workload is decreasing, the workload for the primary doctor is increasing.

"While you have accountability, they are starting to say, ‘I’m expanding a little bit of my scope of responsibility,’ and sometimes that can be concerning or a sense of fear may set in because it’s creating opportunity and they just don’t want to deal with it. Which is why they ended up not being in their office, they may end up around the corner, and there are other technologies that you can say would fall into that same bucket. So, we’re largely focused right now on trying to get those doctors to start to think about their role differently," he said.

What Providence wants to do with its retail clinics is to take some of the burden off the doctor.

“The retail clinics are really about creating primary care access so that we can take a lot of that low equity volume out of the doctor's office, so they can focus on the things that really only they can do which, unfortunately for them, are an older population, chronic disease management and the hard cases, which have a tendency to turn into bad visits... [we want to] expand their capacity to focus on things that only they can do."

He added that the increase in seniors and the declining population of primary care doctors means the need to give doctors down time is increasing. The retail clinic is connected to larger healthcare systems which allows the doctor to refer patients out to them.

“Our view is it really is about creating leverage for our primary care doctors, so they have the ability to refer their own patients into alternative environments that are still part of one health system so that it’s not a dead end. Many of the retail clinics that are out there are on an island and are kind of dead ends," he said.

"By offloading the easy patients, the traditional patients, and some of the preventative care, out of the primary care office, it allows us to leverage that primary care doctor to do the things that, again, only they can do and not necessarily do all of the things they traditionally have done, which is a massive change management effort that we’re going through. And one of the unique plays."

McAughan also took the opportunity to compare Providence to Kaiser, which he called a "a risk-bearing organization" and to note the different approaches they take.

“We’re predominantly a fee-for-service organization, but the change of management around that is really complicated and challenging because you’re asking doctors to be different than how they’ve been through their entire history. I particularly see that the future of what we, in this room, largely all healthy individuals, what we see is the future of primary care really migrating into more retail-like settings than how the traditional doctor’s office and that doctor will become more of a chronic disease specialist than what they are today. It’s the only way the cost model can support it because otherwise it’s too expensive to do the way we’re running today."

The topic of making the life of the physician easier came up again later when Dubey was talking to Komodo's Chandrakantan and she asked him how his company makes the doctor more efficient, rather than leading to burnout, due to the fact that there are so many data sources that physicians now have to deal with.

“First, I would say that so much of what we lack in healthcare is this canonical view of an entire patient pool and understanding what is the right intervention for them,” Chandrakantan responded, while also noting that Komodo doesn’t currently serve providers.

He did, however, posit a couple of ways that, theoretically, Komodo could help the physician, including helping them with earlier diagnosis, which can lead to better treatment.

“The second piece is that, right now you have to wade through the EMR system, which is very unstructured, rather than having a canonical view of the patient and understanding exactly the diagnosis and intervention that happened, and which might be relevant to this specific treatment decision that you’re going to make today,” he said.

What really leads to provider burnout, according to Chandrakantan, is the pressure to balance speed, quality and throughput.

“These are all very interrelated and so what I would actually argue is that through the use of technology, you can actually improve quality and have higher speed and have higher throughput in the system and you can get better patient outcomes, happier providers, lower costs and all of it is driven through technology,” he said.

“I think that provider burnout is predicated on this idea that physicians have too many patients, whereas I would actually argue that it’s the lack of use of all capabilities at hand, and the inefficiencies in the use of those capabilities, that creates burnout and creates the false goal line of having to increase throughput without having to decrease quality. Those, to me, don’t need to be traded off because, fundamentally, technology is there to increase the quality.”

IDx’s first solution was envisioned nearly 20 years ago when founder Dr. Michael Abramoff was working as a practicing ophthalmologist in the Netherlands.

Dr. Abramoff noticed how much time he spent screening people for diabetic retinopathy who did not have disease, while people who were going blind had to wait months to be diagnosed.

“This is so inefficient,” he thought. “There has to be a better way.”

Frustrated, Dr. Abramoff, who had previous training in artificial intelligence and software development, began to research ways to automate the process of detecting diabetic retinopathy.
‍
In 2010, Dr. Abramoff realized that in order to have the biggest impact on healthcare productivity, he needed to develop fully autonomous systems capable of making medical decisions by themselves. This led him to found IDx to further develop the scientific research so these autonomous AI systems could reach patients safely and effectively.

Today, the automated diabetic retinopathy diagnostic solution Dr. Abramoff had envisioned years ago is a fully developed product called IDx-DR that is authorized by the FDA for use in clinical care. 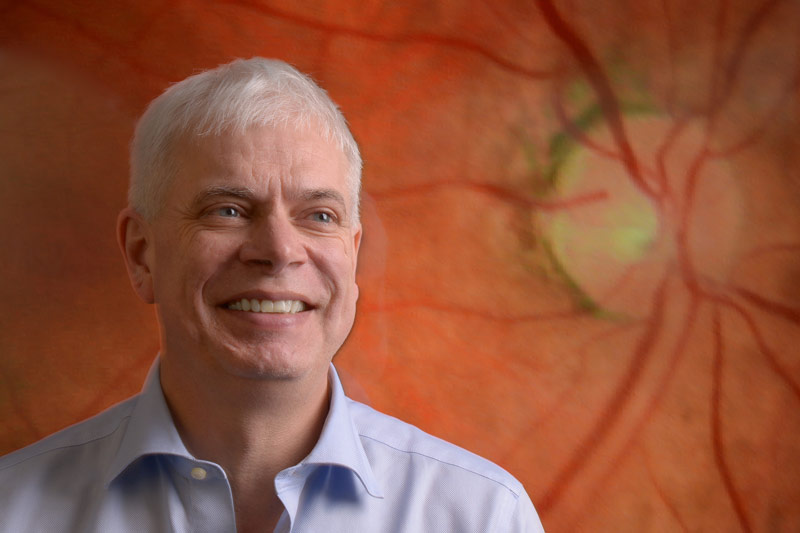 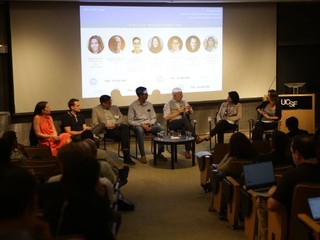 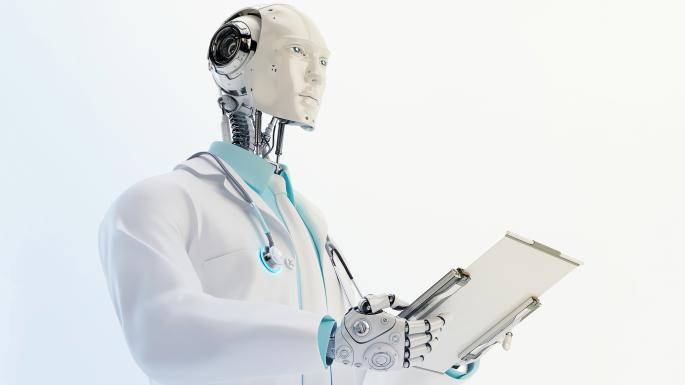 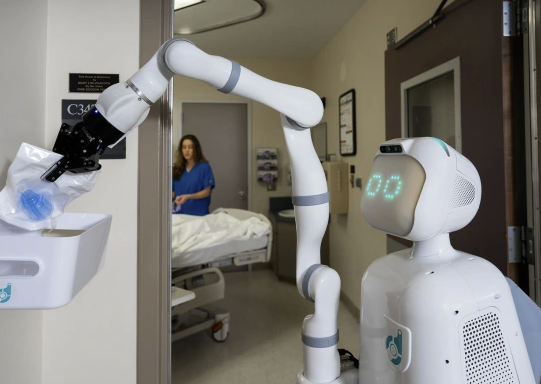 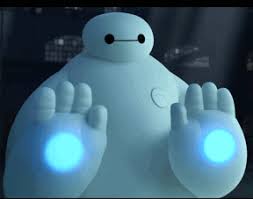 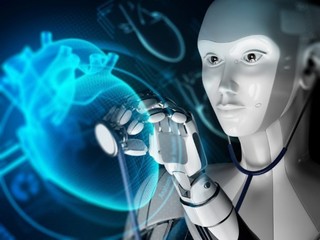