The future of healthcare insurance - Save the date: November 14

Join us at #inventhealth on 11/14 hosted by HP, Vator and UCSF Health Hub 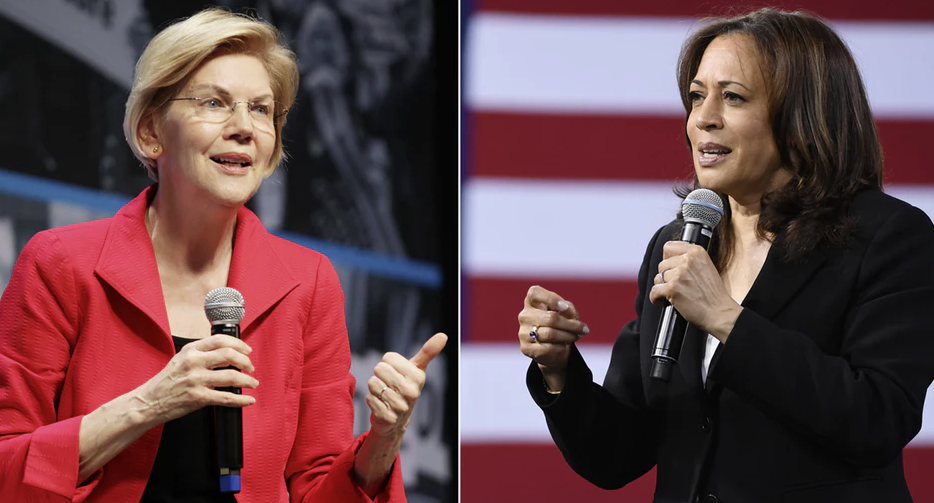 If you watched the second round of the Democratic debates, you'll know that Sen. Bernie Sanders and Sen. Elizabeth Warren are unapologetically focused on stripping the power away from today's privately-held insurance companies as they have been manipulators and racketeers of the nation's healthcare system for far too long, so they say. Sen. Kamala Harris also chimed in during the second night of the debates.

Warren and Harris suggested that the profits of both health insurance companies and pharmaceutical companies could basically be redirected. The National Association of Insurance Commissioners reports that the health insurance industry generated $23.4 billion in profit in 2018.  In Q1 2019, the eight largest health insurers generated $9.3 billion in profit, up nearly 30 percent from last year. Pharmaceutical companies make far more in profits. Many moderate Democrats thought these proposals far too revolutionary and impractical.

But Warren is not a pragmatist as she articulated her belief that it was time to leapfrog baby steps if we are to embrace an ideology. "I don’t know why anybody bothers to run for president just to talk about what we really can’t do and shouldn’t fight for," she replied to Rep. John Delaney, who rebuked her proposal as wildly socialist, Left-leaning and unrealistic. Delaney is one of the sane Democrats on these issues.

After the debate, health insurance stocks took a hit. Moreover, there's a number of newly-minted insurance companies on the horizon from Oscar Health, Clover Health and Collective Health. What's to happen to the healthcare insurance landscape under Medicare for All?

We'll talk about that this November 14, when Vator, HP and UCSF Health Hub will host our final salon for the year: The Future of Healthcare Insurance." JOIN US and get your Early Bird tickets.

In the meantime, I want to touch on what the Dems proposed as on the face of it, it may seem sensible. After all, insurance companies are profiting; their stock prices have been rising but consumers are stuck paying higher and higher premiums.

Firstly, let's look at that profit. It's a big number and it seems reasonable to assume that if healthcare companies are doing well, they can pass on some of that profit in the form of lower costs to their customers - their members. But in fact, premiums are rising and they're rising faster than a lot of other metrics.

Since 2008, average premiums have risen twice as fast as wage increases and three times that of inflation. Family premiums have gone up 55 percent vs workers' earnings at 26 percent and inflation at 17 percent. Deductibles are also growing faster than wages. 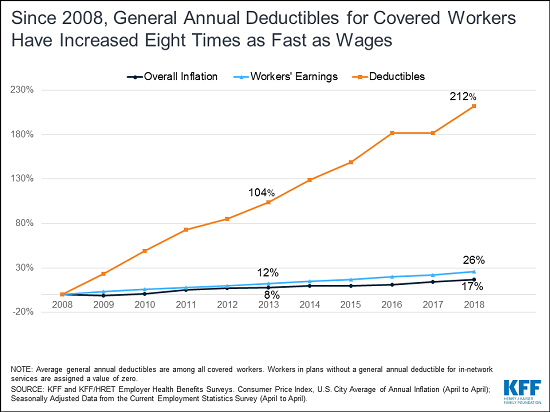 Additionally, the Dems argue if insurance companies were consolidated into one government-controlled middleman, then admin costs could be reduced. Indeed, there are economies of scale to be had with one administrator. Private insurers spend roughly 15-20 percent of the premiums on administrative costs vs Medicare-run programs which spend about 2 percent, because Medicare admins piggyback off of other government programs, like Social Security. That savings could also be used to provide better care.

The Congressional Budget Office in 2018 estimated that there could be savings of $700 billion if Health Information Exchanges were used so medical records could be share thereby eliminating redundant tests given to patients.

All of these are good points -- particularly the elimination of redundant tests. Another point they didn't bring up but also suggests the entire industry is broken is that our health outcomes aren't measuring up to other nations, even though the US spends the most as a percentage of GDP.

But by ushering in Medicare for All, at least as the only option, I know healthcare won't be better. Too much power corrupts and the government is made up of people who are not infallible. The DMV is the worst experience ever and I wouldn't want my doctor visits to ever come close.

Additionally, it's unclear where those insurance profits are going to. Are they staying on the balance sheet to pay for future claims or being reinvested into new services that improve care? If so, it seems reasonable for insurance companies to have big profits to pay for those future obligations and innovations.

Even more important. The $23 billion isn't even a percent of the nearly $4 trillion spent annually on healthcare. How could that possibly help to improve care?

At the end of the day, insurance companies could probably do a better job keeping costs down. And they are by adopting value-based care solutions and new technologies. But ultimately, the questions that have to be asked are: Are the rising costs of healthcare  justified by better quality care.

"This is the seminal question of health economics," said Paul Hughes-Cromwick, healthcare economist at Altarum, a non-profit consulting and research organization. "As long as demand for healthcare rises, then premiums will also have to rise." Everyone wants better services, and that requires investment in technology, said Hughes-Cromwick.

Moreover, he argues that focusing on insurance doesn't move the needle.

As Hughes-Cromwick points out: "Within the National Health Accounts – the official reckoning of health care spending in the U.S. by the Centers for Medicare and Medicaid Services (CMS) – there is a category called Net Cost of Insurance. CMS estimates this at $252 billion in 2019. CMS estimates total national health expenditures to be $3,823 billion in 2019. The resulting ratio is 6.6 percent."