How Bestmile turns autonomous vehicles into a managed fleet

The Swiss company raised $16.5 million in Series B funding earlier this week 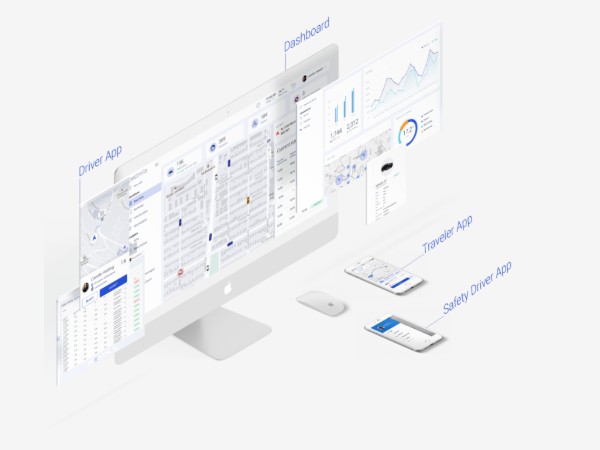 While some of the heat may have come off the autonomous vehicle space recently, which was likely inevitable given how hyped it was a few years ago, the space still continues to thrive. After all, it's a market that's expected to hit over $54 billion this year, and then over 10x that amount by 2026.

Of course, there are plenty of problems that need to be solved before we start seeing driverless cars on the road, including helping to turn these vehicles into a fleet that can work together despite the lack of a human driver.

That's where Bestmile comes in; the fleet management platform was formed when co-founder and CEO Raphael Gindrat, along with co-founder Anne Mellano, were asked to manage one of the first autonomous vehicle demonstrations in Europe. What they found was that "the vehicles were programmed to follow a defined route and avoid obstacles but the vehicles didn’t communicate with each other and could not work together as fleets."

"Vehicles alone don’t provide services. We created a platform that allows operators of fleets to plan, deploy, and manage services using any type or brand of vehicle. We call it fleet orchestration—it enables mobility providers to offer the services that travelers want like ridehailing, robotaxi, micro-transit and autonomous shuttles," he told me

The Lausanne, Switzerland-based Bestmile typically works with public and private mobility service providers. For example, public transport companies will use Bestmile with fleets of autonomous and human-driven vehicles to provide first and last mile services to train and bus stations to make conventional public transport more convenient. Private ride-hailing businesses, meanwhile, typically use Bestmile to offer services with professional drivers and customized fleets that they own, and private developers use Bestmile to provide autonomous shuttle services that move people around large planned communities.

"The value for public transport agencies is that they can implement new services without building a lot of the infrastructure typically associated with large buses. The value for ridehailing businesses is that they accelerate time to market. They don't have to develop their own booking, dispatching, and ride matching software and can focus on differentiated services for their customers," Gindrat told me.

"The value for private developers is that they can facilitate business by making it easier for people to get from homes and offices to shops and restaurants. The value for all three is that they can control important business metrics like fleet size and vehicle utilization while also controlling traveler requirements like wait times and ride times. This makes it possible to have predictable fleet performance."

Part of what separates Bestmile from others in this space, he said, is that it's vehicle agnostic, meaning it supports both human-driven vehicles and autonomous vehicles.

"We’ve proven these capabilities with customers that use the platform for human-driven ridehailing, autonomous shuttles, and mixed fleets using multiple brands. That said, the realsecret sauce of our platform is its AI and machine learning-driven algorithms that can make fleets much more efficient, and that allow operators to control business and passenger KPIs."

Earlier this week, Bestmile announced that it raised $16.5 million in a Series B round led by Blue Lagoon Capital and TransLink Capital, with the participation of Series A investors Road Ventures, Partech, Groupe ADP, Airbus Ventures, Serena and others. This funding brings its total raised to around $31 million. The new funding will go toward hiring, expansion and product development.

"We have to ramp up every area of the organization, product development to sales and marketing to HR and everything in between to meet demand for our platform and to continue to anticipate market requirements. We will be hiring, and it is imperative that we get the right people. Our new investors are U.S.-based, and we are also using the funds to expand our footprint there. We just announced a new partner in Florida, Beep, and we will be strengthening our U.S. presence," Gindrat said.

In addition to the new funding it was also announced that Blue Lagoon partners, Rodney Rogers and Kevin Reid have joined the Bestmile board, with Rogers serving as Chairman.

"Rodney and Kevin bring just what we need, a playbook on how to scale a worldwide successful B2B company. They have been where we are. They are cofounders of Virtustream, which they built into a best-in-class global operation that was acquired by EMC Corporation. They have made it clear that they are here to help and have already had a positive impact on our business," Gindrat said.

While the autonomous vehicle space was getting a lot of hype a few years ago, most of which has died down, Gindrat isn't bothered by the fluctuation. In fact, it was something that he expected to happen eventually and had planned for,

"People say that in the Gartner Hype Cycle, autonomous mobility is in the 'trough of disillusionment' after all the initial hype. We saw this coming and have always been aware of the need to support both autonomous and human-driven vehicles and services. Level 4-5 autonomy on public streets appears to be a long way off. Once it arrives, there will likely be a long transition period," he told me.

"With our platform, operators can offer human-driven services now and can add autonomous vehicles to their fleets when they come. We believe that the long-term future of mobility is shared. They only way cities can keep growing and reduce congestion and pollution is by moving more people with fewer vehicles. Our technology makes this possible while enabling service providers to offer predictable fleet performance and customer experience."

What Bestmile ultimately wants to do is to "be the platform of choice for mobility service providers that want to deliver efficient services." That means both maximizing fleet performance and delighting customers.

"This means that they can use our platform to make shared, on-demand services more convenient than driving and meet bottom-line goals," Gindrat said.

"Our mission is to make transport efficient, affordable, and available for all. To that end we are are involved in organizations like the World Economic Forum, UITP, which is the world’s largest public transport association, and other groups advocating for solutions to urban congestion and pollution challenges. We believe that the future of mobility is ultimately autonomous, electric, and shared and we write about that in publications like the Forbes Technology Council, Axios Expert Voices, and the World Economic Forum’s Agenda blog."

Why Bestmile? It’s Not (just) About the Car.

The benefits of autonomous mobility don’t lie solely in autonomous vehicles, but in what they can offer when they’re operated and managed collectively in an integrated ecosystem. Bestmile enables vehicles of any brand or type to work together as fleets, with everything needed to launch standalone services or to integrate seamlessly with a transit agency’s existing operating system.

Bestmile’s Mobility Services Platform enables the intelligent operation and optimization of autonomous mobility services, managing fixed-route and on-demand services regardless of the vehicle brand or type. Bestmile’s on-demand autonomous mobility service platform is being used daily by electric autonomous fleet vehicles in pedestrian areas and open roads as well as in human-driven ridehailing and multi-transit systems. Its success is due to the fact that mobility providers can deliver these services with little or no modification to existing operations.

Bestmile works with the world’s leading trade and research organizations and associations to advance the mobility services industry. 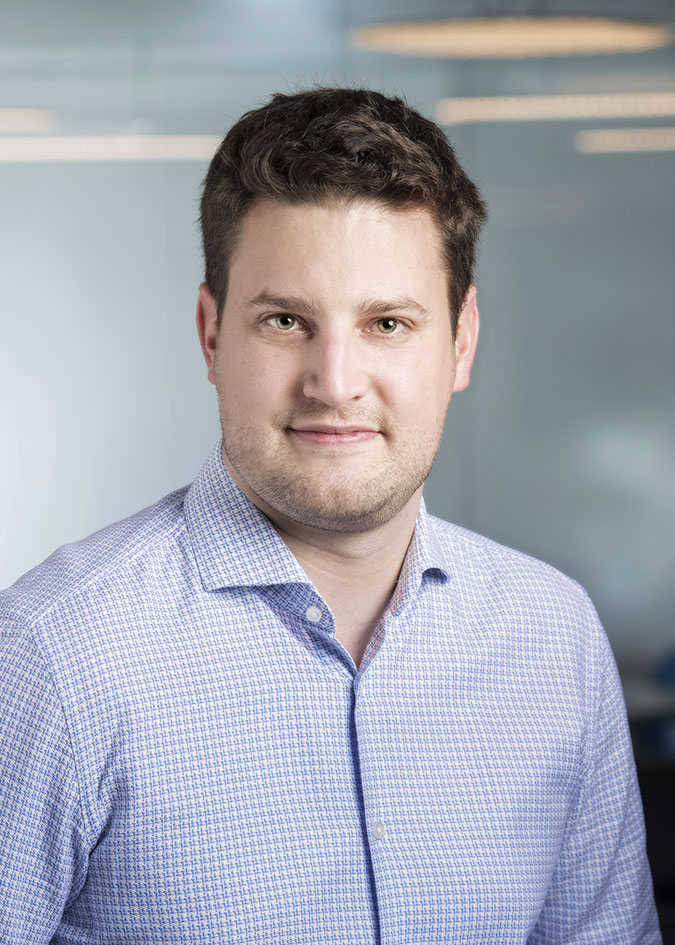 Raphael Gindrat is a Cofounder and CEO of Bestmile and is a pioneer in the world of autonomous mobility since overseeing the first AV demos in Europe in 2014. He is active in global organizations including the World Economic Forum’s Tech Pioneers. 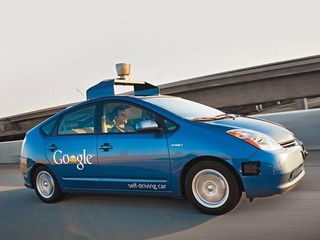 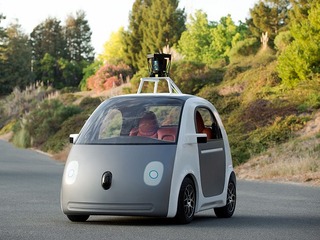 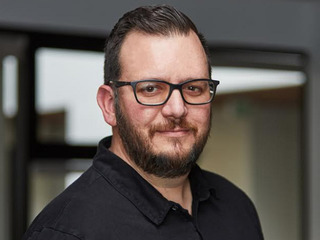 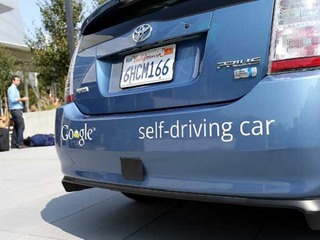