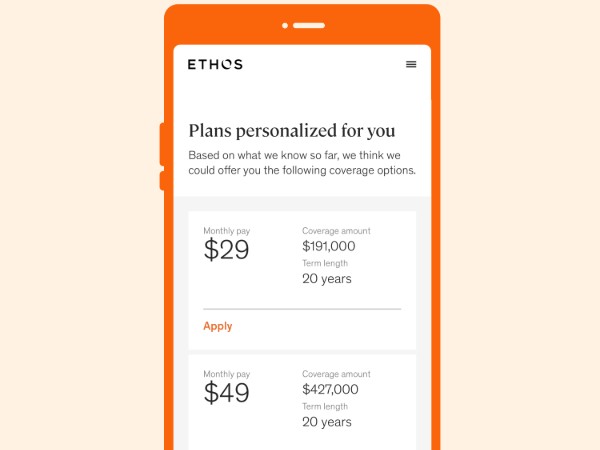 While insurance may have once been considered a space that was behind the times, clearly it's finally catching up. In fact, with $1.42 billion raised in the first quarter of 2019, the third quarter in a row to see more than $1 billion in funding, the insuretech space is hotter than ever.

Of course, insurance is made up of a lot of different subsectors, from liability insurance to health insurance, vehicle insurance, flood insurance, travel insurance, and on and on. Ethos is a company that is tackling the life insurance space, using technology to make the process of buying insurance faster and cheaper.

On Tuesday, the company announced a big new round of funding, raising a $60 million Series C round was led by GV, along with new investor Goldman Sachs and existing investors Sequoia Capital and Accel. Ethos last raised a $35 million Series B round in October of 2018, and this brings its total funding to-date to more than $100 million.

This was an "opportunistic" round of funding, Peter Colis, CEO and co-founder of Ethos, told me in an interview, meaning Ethos still has the majority of the funding from its previous round, but wanted the opportunity to deepen its partnership with GV, which participated in its last funding round.

"Tyson Clark and Brian Bendett led the investment from their team. They had joined as a non-lead, as follow on to our Series B round, but had started attending our board meetings and we built a deep relationship with them. We jumped at the chance to deepen it further. They’re clearly a great firm and we’re excited to have them on board," Colis said.

A big part of what Ethos says separates it from the rest of the life insurance industry is that that it strives to be an ethical organization; the company says it does not upsell, or convince people to buy plans they cannot afford.

"The thing that hasn't changed is the mission, and we’re still all about protecting families. The reason we exist is five percent of kids will lose a parent before they’re 15, and then oftentimes the family goes bankrupt. So, for something as important as life insurance, it should be easier to get, so that’s why we exist. With that mission in mind, we have just have been protecting more and more families and doing it easier and easier. It takes, on average, about eight and a half minutes, and people do it on their phone, often while they’re in line at Starbucks," said Colis.

"We treat our customer’s families as we treat own families. We exist for them, and that’s the ethos of our organization."

Of course, the other big differentiator for Ethos is that it's a technology company in a heavily legacy industry. Not a lot of life insurance companies are investing in technology, Colis explained, and it's not easy for them to, for a few different reasons, the first being is that life insurance is, by its nature, risk averse.

"They’ve got a culture of managing risk, that’s the prevailing strength of a life insurance company is you’re assuming 30 year obligations so you don’t like change, you like certainty, you like known things," he said.

The second issue they face is their own legacy infrastructure, which is often decades old, and all of their admins, from their policy admin system to their accounting reserving system to their underwriting, are all connected to each other, making it very difficult for them to implement technological change.

Finally, legacy insurance companies are solely dependent on agent-based sales channels, where they have have conflict, something that Ethos avoids.

"They are the hand that feeds you and you can't bite that hand of building a competition of going direct-to-consumer. And even if you could, no one in your company has the experience or inclination to launch a meaningfully successful direct-to-consumer company, which requires a lot of different skill sets than managing an aging population and managing risk," said Colis.

"Ethos is unique in that we have an end-to-end view of the customer. In addition to being the direct to consumer business that consumers deal with, we underwrite the policies ourselves, adjudicating the risk. Because of that, while we don't financially guarantee the risk, we basically have a view that no one had ever else has ever had; they’ve always had an agent and a paper application between them and their customers. For us, to have this vertical integration, is particularly useful in being able to automate and refine and be a very smooth and non-jankey process in the way that you would expect a life insurance company to build something like this."

Since raising its B round, Ethos has quadrupled its revenue and is now insuring thousands of new families every month. Most importantly, though, Colis told me, the company is getting "smarter and smarter about how we process customers and give them the best outcomes."

"We have gotten really efficient at recommending what’s the perfect policy for you and it goes back to the ethical component of our business, where there’s no one who’s individually incentivized or commissioned to sell you a policy. Oftentimes, more often than not, when we make a recommendation we recommend a lower amount of coverage than you otherwise would have chosen, saving you money. So, we keep getting smart about how we can serve our customers better and better, how we can continue to democratize this product and open it up to more and more families," he said.

One of the ways it has done that is through the use of machine learning; the company recently launched Right Sizer, a tool that analyzes customer data to ensure families never pay more than necessary for the coverage they need.

"If you think about it, figuring out how much protection you should have, there isn’t a super clear and easy calculation because it incorporates things like how much income you want to protect for how many years, based on your age, your children’s age, how much outstanding debt you have, whether it’s car, mortgage, personal credit, your savings built up, whether it’s liquid or illiquid. And then what kind of life do you want to leave behind for your loved ones? Do you want them to flourish, do you want them to have a baseline of protection? So, with all these considerations to make, we’ve gotten smarter and smarter about recommending them based on your needs and your ability to pay," Colis said.

"That’s where being a technology company is enormously useful; instead of being standalone life insurance agent who’s drawing this out on a napkin for your across the table, and you don't know if you’re getting the right deal, we’ll show you how we come to these calculations and then, ultimately, let the consumer decide. No one ever tries to influence them one way or the other to buy it, it’s really up to them."

The new funding will be used, in part, to grow out the team, which has expanded from 35 to 90 in the last year; the company expects to almost double in the 12 months, particularly  when it comes to engineering, product, design.

The team expansion will also include new offices in Austin and in Singapore, which will be the first international office for Ethos, though it will primarily be an engineering hub. The company won't be launching its product in Singapore, though expanding internationally is something that the company has thought about.

"The thing is, today, the life insurance market in the U.S. is so enormous, and there are so many families that are unprotected, and the product, well known as it is, is fairly underpenetrated. So, there’s a huge amount of room to go deep in the U.S. market before expanding internationally. The regulation and competitive dynamics change from country to country, but we’re focused on making it better at home first," said Colis.

The funding will also go toward enhancing the product, specifically "to make it faster, easier, better for more people."

"This is down the road a bit but how do we tailor the product to people’s specific preexisting conditions? How do we get rid of some of the legacy thinking that goes into life insurance application design, whether it’s not designating someone’s gender the way they classify themselves as, or whether it’s imposing tobacco smoking rates for people who use marijuana recreationally, these kinds of things. How can we offer an excellent product for someone who has type 2 diabetes with an extremely competitive rate? There are all these different things that lead to being faster, better and more affordable for more people."

All of these new service will help Ethos achieve its ultimate goal: to be the life insurance company of the future.

"Our focus is to protect the next million families, and then when we hit that goal it’s going to expand to one billion. The way I’d qualify it is, there hasn't been a top 10 life insurance company built in the last 100 years. These companies are enduring and they manage risk and they’ve been around a long time, so to what Northwestern Mutual was for the past 150 years, Ethos is going to be for the next 150 years. We'll be a standalone company that protects generations and generations of families. That’s really our goal." 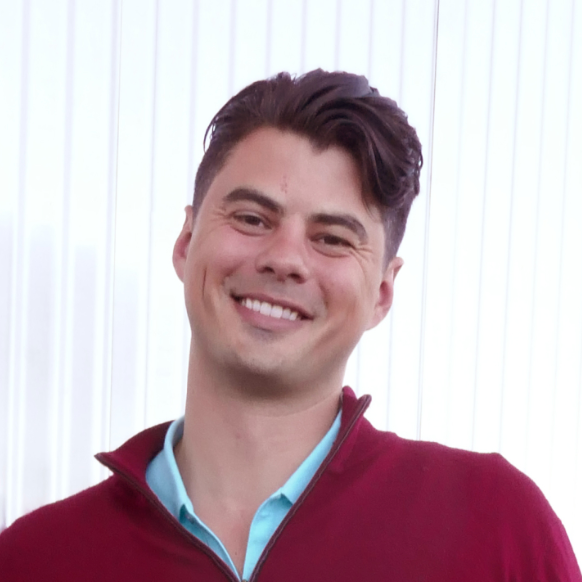 Peter Colis is the CEO and co-founder of Ethos, a new kind of digital life insurance company dedicated to making simple and ethical life insurance for families. Peter has an M.B.A from Stanford Business School. 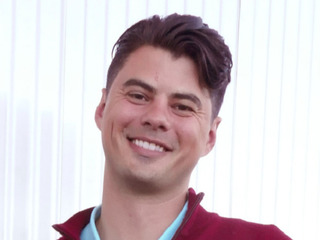 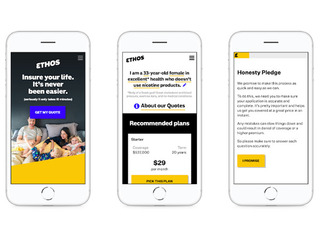