The company now describes itself as a knowledge sharing platform, rather than a chatbot company 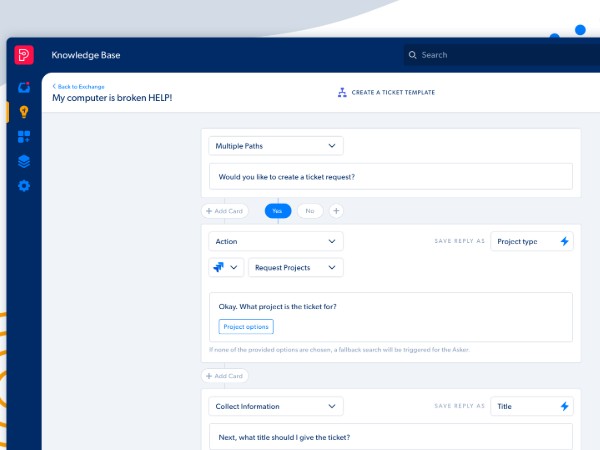 Chatbots are becoming big business these days, with the space expected to grow to nearly $1 billion globally in just the next few years, and a number of startups making headwinds in the space. One company, though, has decided it wants to be more than just a chatbot company, but instead be an all consuming automation suite for the enterprise.

That would be Capacity, formerly known as Jane.ai.

Launched in 2017, Jane.ai developed an AI-powered work assistant that can easily answer employee questions about their work environment by giving them easy access to company information. On Wednesday, the company announced that it is officially rebranding to the new name along with a slew of new features and services.

"When we started the company back in January 2017, we really focused with our messaging, as well as what we were doing on the chatbot itself, like a chatbot for the workplace, a digital team member. Since then, we’ve doubled down on that, and that’s definitely a big part of what we’re doing, but we’ve built out an underlying platform that goes beyond the chat to do things like private conversations and integrating with your key apps and minding your documents. So, we wanted a name that would reflect the expansion of what we’re doing into a platform rather than just a website chatbot," David Karandish, founder and CEO of Capacity, told me in an interview.

"The other thing is we wanted the name to represent was not what we are, but what we do for clients. This idea of helping to re-up our client’s capacity, to help them do their best work, that was a big impetus for the name change."

The company now defines itself as a "knowledge sharing platform," as opposed to a chatbot company, with features that include Enterprise Search, which allows companies to integrate with over 50 apps; a Developer Platform to connect Capacity to custom and proprietary applications; LiveDocs, which allows it to mine information from documents spreadsheets, and webpages; Knowledge Base, which lets Capacity capture the expertise within an organization, such as who the organization’s experts are; Conversations, which creates a conversational workflow for questions that require complex answers; and CoPilot Console, which has a helpdesk interface combines machine learning with a human.

"The way we think about it is, your company intelligence lives in three places: your apps, your documents and the knowledge of your team, and how that affects your company is you end up in situations where your help desk gets overwhelmed and your processes become really painful to manage," Karandish said.

"The way we built out the architecture of the company is that we’ve got app integrations so that Capacity can talk to all of your major cloud-based apps, and then with our dev platform you connect any third party system to it, as long as you have a public API. We’ve got some document mining technology that can mine the questions and answers out of a document and then put them into a knowledge base. And then we’ve got a knowledge base for anything that doesn't live in an app or a document, where we want to pull the expertise of your team and not only know the answer to a question, but know who can help me with these various questions."

The company's goal is to automate all of its clients workflows, including customer onboarding and internal training, as well as industry-specific types of processes, like automating the loan process for a mortgage company.

As for the Jane name, going forward it will no longer be the default for Capacity's chatbot engine; instead, companies that use Capacity will be allowed to name their chatbot whatever they want in order to better reflect their own company's brand.

"So many of our clients have wanted the bot to reflect their own company, so we already have clients today that renamed Jane into Jessica or Peyton or Abbot. What we’re doing is we’re really moving the bot to also be named Capacity, but then letting our clients effectively white label and let the bot reflect the culture of the company. We have some clients that are very suit and tie, we have some clients that are more flips and jeans, so rather than trying to create one persona internal and customer facing that reflects everyone we’re saying, ‘Let’s give you the platform, you go build out whatever persona you’d like’," said Karandish.

"We may have a clients that like the name Jane, and we’re totally fine with that, but we’ve got so many people who wanted to call the bot whatever they wanted, we wanted to open that up and not be too restrictive on that."

Capacity, which has now been in business for two and a half years, and on the market for 18 months, currently has a couple dozen customers, all of which pay on a SaaS basis. The company is able to give them ROI in terms of both dollars saved, as well as improvements in overall satisfaction. For example, one company it is working with implemented thje solution around their HR benefits process and they, on their own numbers, estimated that they would save about $168,000 just by rolling Capacity out to their next HR benefits enrollment, which will happen in September or October of next year.

That kind of potential savings is why Karandish believes that now is the right time for companies to start implementing their AI strategies.

"A lot of companies have been dipping their toe in the water, starting to explore what digital transformation looks like. What does it look like to bring your first AI platform into the workplace? We’re seeing such great results from what we’re doing, and I just want to reiterate to folks that now is the time to start making these investments, because once you get started our platform continues to build and build on top of its own data. It’s always a good time to start, now is the time to start making these AI investments in your company," he sasid.

In addition to the rebranding, the company also announced a new funding raise, adding another $13.2 million to its coffers. The oversubscribed Series B Funding round came from a Midwest network of private and angel investors, including Rice Park Capital Management LP. This round brings its total funding to $23.2 million.

The new funding will be used, in part, to continue to build out the Capacity team, specifically adding engineers, as well as sales and marketing. The 65 person company plans to roughly double over the next two years.

It will also be used to continue to build out the platform, with updates to its guided conversations platform, updates to its workflows, a help desk revamp of its co-pilot console, as well as new features, such as implementing live chat directly into the platform, so a person can ask Capacity a question and, if Capacity doesn't know the answer, a live agent is brought in.

"If you ask me, ‘What are you most excited about?’ I think it’s putting the pieces of the puzzle together. It’s joining these parts, the enterprise search on the apps, the document mining in the cloud drives, the knowledge space, the help desk and the workflows. We are joining them all together in an integrated automation suite where you ask your question and you don't have to care where the answer is because we’re a system of engagement that’s able to bring you a response, regardless of where the answer is, the complexity of the answer, if it’s a who question, a what question, a where question, you name it," said Karandish.

Now that the company is rebranding and expanding its product suite, the goal, he said, is to become "the must-have platform that any business runs their business off of."

"If you think of Microsoft Office as the productivity suite, and you think of Adobe’s Creative Cloud as the creative suite, I want people to look at Capacity as the automation suite that helps people go do their best work. I want it to be something where we’re adding so much value to our clients that people start to ask in job interviews, ‘Is this a Capacity driven company? Is this a company that uses the Capacity platform? Because I was at my last company and they used it there and it was a godsend.'"

Capacity is a secure, AI-native knowledge sharing platform that empowers teams with instant access to the knowledge they need to do their best work. Capacity connects to enterprise apps, mines company documents and spreadsheets, and captures the tacit knowledge of an organization. Capacity was founded in 2017 by David Karandish and Chris Sims, and is part of the Equity.com incubator. 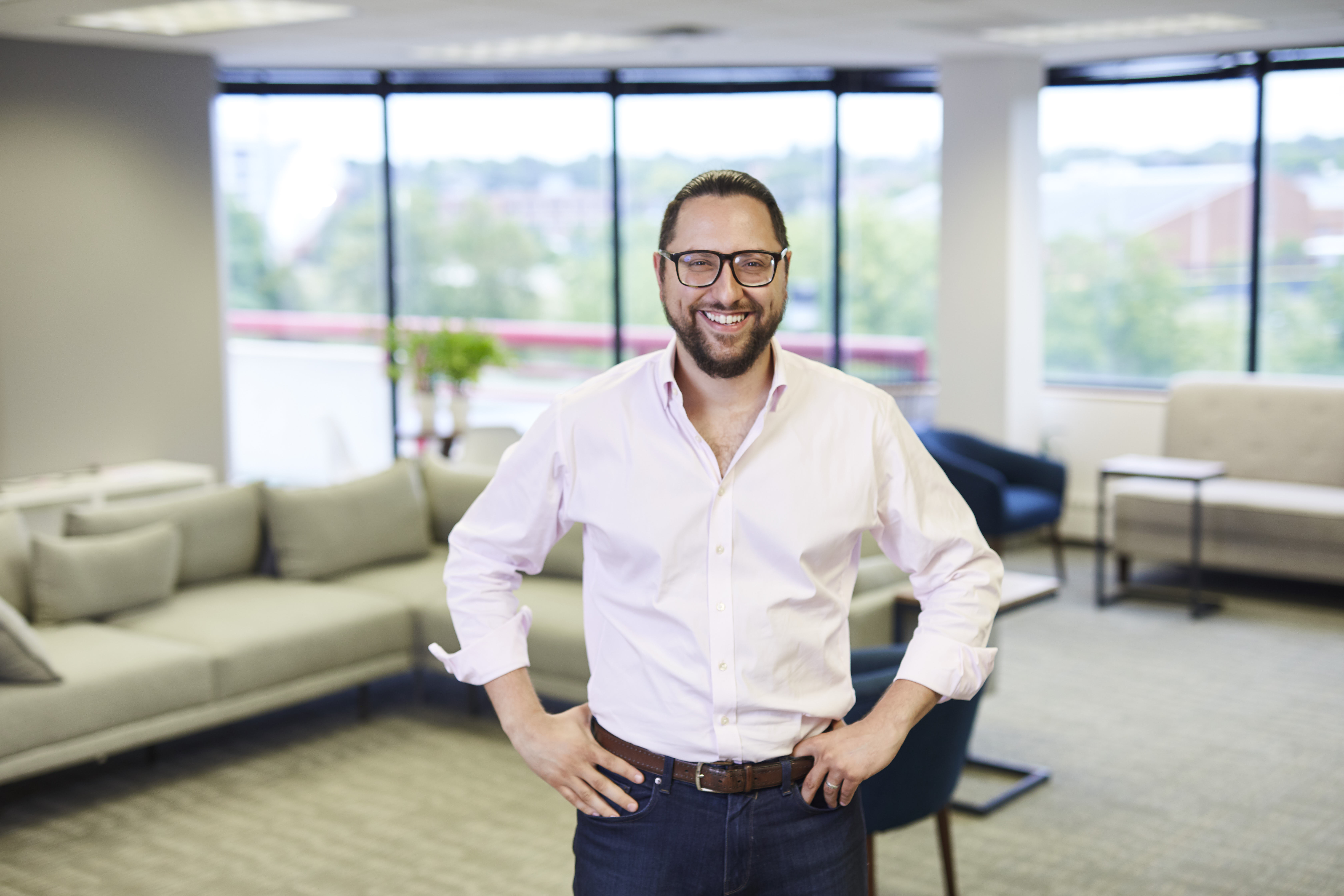 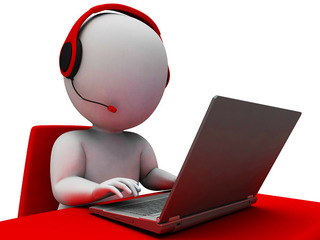 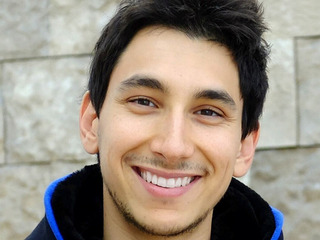 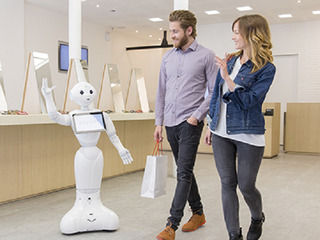 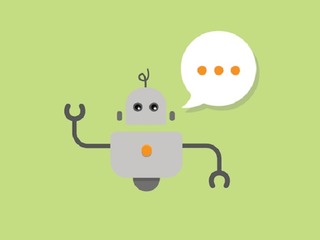 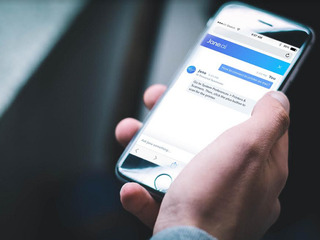