According to a new study, Apple is crushing the US smartphone market

The debate has cooled down (and maybe this data gives some reasoning to that). But for some time it seemed like you couldn't pull out your phone without someone commenting about your device of choice.

Team iPhone and Team Android were a real thing and endless debates would take place on why one was better or which one was more popular.

Mixpanel, a company that analyzes and measure customers interactions for a bunch of different companies, took a sample of over four billion actions to see what types of mobile devices were being used across the Mixpanel platform.

The data goes from September 2014 to May of this year. In the first years of the study, iOS had a small lead before it teetered back and forth but it wasn't until December of 2016 that usage tipped in Apple's favor at 50.3 percent and all but stayed there.

2016 was a decent year for Apple, with the iPhone 7 being released, as well as the mid-tier iPhone, the iPhone SE.

The iPhone SE was impressive enough that people are still talking about the phone today. Maybe these factors helped propel the iPhone above the plethora of Android devices available at the time. 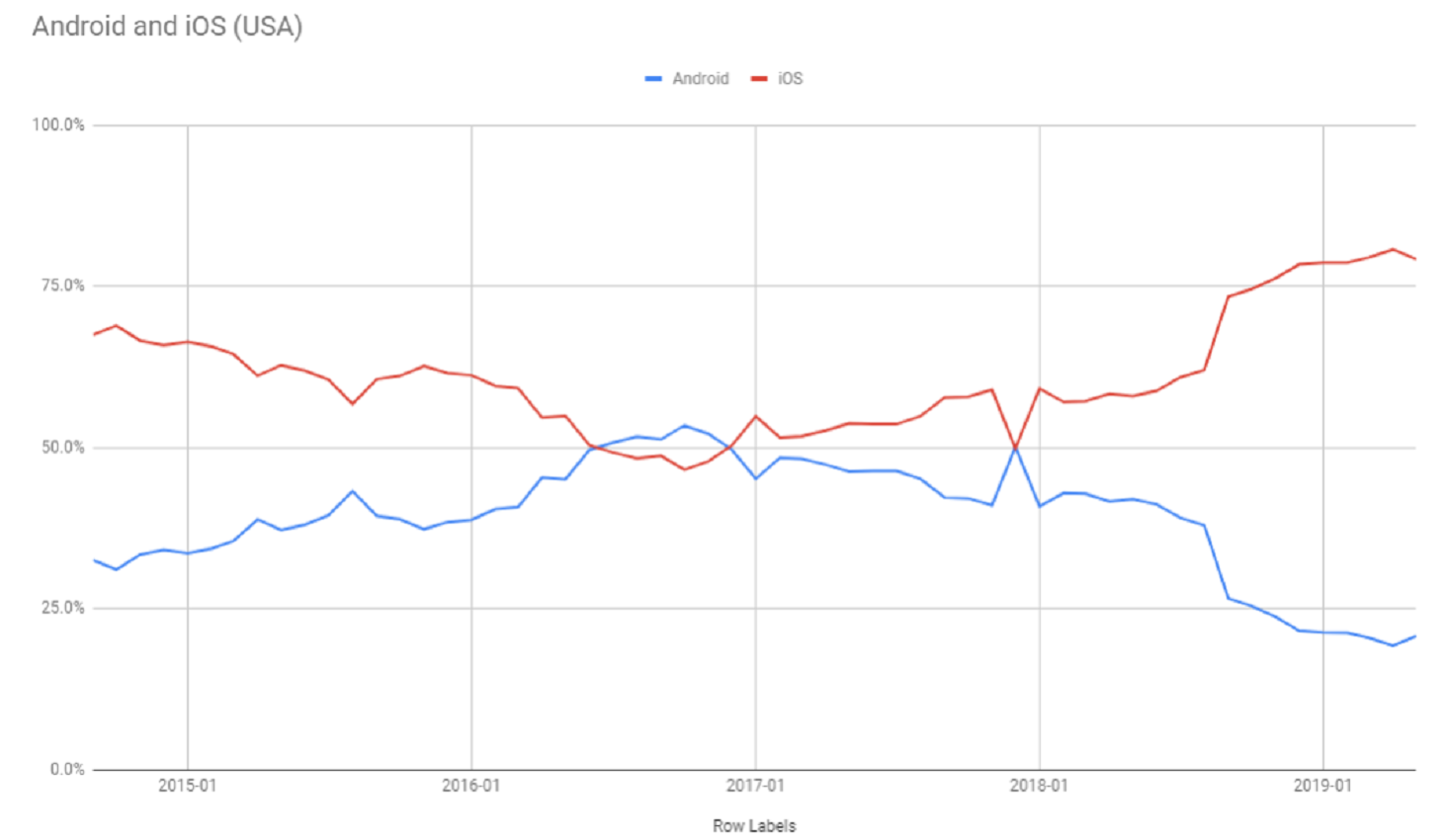 After 2016, it was off to the races for iPhone, with December 2017 being the only point where Android took over briefly from iOS. The difference? .2 percent.

Fast forward a year again, and Apple's lead jumps to 78 percent. As of May of this year, Apple is currently in the lead at 79 percent.

Now, it should be noted that this is data taken from Mixpanel's customers, which include companies like Expedia, Hinge, and BMW. This data could be a look at mobile usage from people that would travel more often - possibly business related. It's hard to tell, and that type of information could definitely add more story to this data.

When looking at other usage data from across the web, numbers seem to differentiate for US use. DataAtlas has iOS in the lead at close to 60% in 2019, while Statista actually has Android in the lead at 52 percent in March.