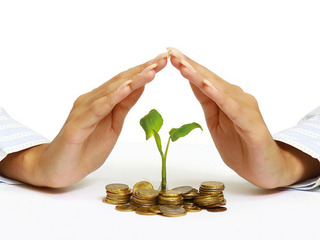 Enboarder: Enboarder is a technology company that helps employers create engaging onboarding experiences for their new employees. Enboarder has raised $8 million in Series A funding led by Greycroft, with participation from Next Coast Ventures and Stage 2 Capital. Read more

Bitrise: Bitrise is empowering businesses to build better apps, faster through a SaaS DevOps platform built by mobile developers for mobile developers. Bitrise has raised $20 million in Series B funding. Partech led the round, with participation from Zobito and earlier investors Y Combinator, OpenOcean and Fiedler Capital. Read more

Duffel: Duffel is a travel-industry startup that aims to transform online travel booking. Duffel has raised $21.5 million in Series A funding from Benchmark, Blossom Capital and Index Ventures. Read more

DouxMatok: DouxMatok is a leader in Targeted Delivery of Flavor Ingredients, such as sugar and salt, enabling healthier consumption of foods without. DouxMatok has raised $22 million in Series B funding led by BlueRed Partners. Read more

VidMob: VidMob is a video content creation network and platform where brands can create digital video ads with expert teams. VidMob has raised $25 million in Series B funding. The round was led by Austin-based BuildGroup, with participation from Acadia Woods, Herington, Interlock Partners, Macanta Investments, the limited partners at Manifest and “brandtech” firm You & Mr Jones. Read more

Comet Therapeutics: Comet Therapeutics is developing a portfolio of drugs to treat diseases marked by metabolic irregularities from multiple sclerosis to rheumatoid arthritis, has raised $28.5 million in Series A funding led by Canaan and Sofinnova Partners. Read more

SmartRent: SmartRent is an enterprise home automation and internet of things platform for the multifamily industry. SmartRent has raised $32 million in Series B funding. Bain Capital Ventures led the round; it was joined by RET Ventures,UDR, Essex Property Trust, and Starwood Capital. Read more

Valimail: Valimail is an anti-phishing company that has been driving the global trustworthiness of email communications since 2015. Valimail has raised $45 million in Series C funding from Insight Partners. Read more