Being afraid to make mistakes is a mistake! 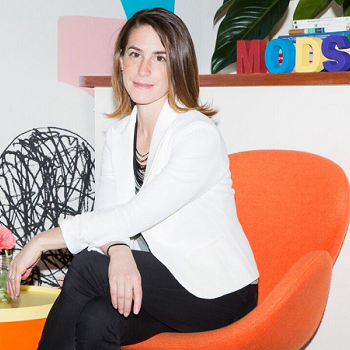 Today's entrepreneur is Shanna Tellerman, founder and CEO of Modsy, a company that has taken the same idea and applied it to furniture shopping; the company uses photorealistic 3D rendering tools and virtual reality to allow consumers to see, and feel, how products and furniture would look inside of their own homes before they purchase.

Modsy recently raised a $37 million round of funding bringing its total venture funding to $71 million.

Tellerman is passionate about the intersection of design and technology, and she loves working with talented people to turn vision into reality!

Previously at Google Ventures she was focused on the future of the retail experience, 3D technologies and SaaS platforms. In her spare time, Tellerman launched a new program at GV to connect the Fortune 500 with relevant startups. She founded her first technology company, Sim Ops Studios, which was acquired by Autodesk, out of graduate school at Carnegie Mellon University’s Entertainment Technology Center. Following the Autodesk acquisition, she was the Product Line Manager responsible for the initial launch of Autodesk Cloud which we launched within nine months after joining.

Tellerman frequently speaks on a range of topics including game development and women in technology for organizations such as Astia, Women 2.0, Girl Geeks, Dell Women’s Entrepreneur Network, etc. In 2009 she was named one of BusinessWeek’s best young entrepreneurs. In 2014 she was named one of Silicon Valley's top 100 women of influence.

She received both a Masters in Entertainment Technology and a Bachelors in Fine Arts from Carnegie Mellon University.

I moved into a new house with my husband in 2014, and we were excited to start the decorating process but quickly became overwhelmed by the abundance of inspiration options available. When we did see things we liked, we were unable to visualize exactly how pricey new furniture items would fit in the space so ultimately we ended up with a half-finished home that we didn’t love. I knew this was an issue many faced, and recognized a technological hole in the interior design market. Anyone should be able to see things in our homes before buying. So I drew on my background in 3D development and brought together an eclectic group of creatives, scientists, artists and thinkers to create Modsy. Five years later, there are still so many inspiration options out there when it comes to home design but finding ways to visualize items in your real home is still a challenge and something Modsy is unique to solving.

I would call it more of a challenge and reward vs. frustration but for me it's people. At Modsy, we are building something extremely impactful in the industry but it’s the journey that gets you up every day. We will never be a household name if the entire team of people doesn't show up for our vision. When you build a great team, it’s so, so rewarding, but it’s not a constant state. It’s a living organism, there’s always a challenge in recruiting, maintaining a strong culture and keeping talent motivated and excited. Sometimes in those moments it’s challenging but ends up massively rewarding.

It's simple but being afraid to make mistakes, is a mistake! You cannot let the fear of making a misstep stop you from making decisions. You will make mistakes. That is a fact, but if you're able to turn it into a growing opportunity then you'll be much better off and likely way more successful in the end.

1. Establish a deep level of trust and vulnerability with the people you work with. Without it, collaboration and communication falters and everything else nosedives from there. As a leader, it is your responsibility to constantly evaluate whether you have created an environment for your team to thrive and this often means showing your own vulnerability to seek and receive feedback about what is and is not working.This can be difficult but it pays off tremendously when your team has a shared sense of purpose and passion.

2. Build a strong network. For me, when I was starting out, It was a total boys club. None of my female friends were starting companies. In starting both of my companies, I leaned really heavily on the network of men and women I did have — they were some of my first investors. From there, I started a women's summit that meets annually to connect female entrepreneurs and investors with each other. I'm constantly connecting people with other people and asking for introductions to people I want to learn from. I believe that for women to have a seat at the table, we need to connect with other women and men, share knowledge and build a strong network of mentors and mentees.

3. Don't second-guess your path. I've had the opportunity to go from entrepreneur to investor back to an entrepreneur and learned that in these transitions and big undertakings, the important thing for me was to be confident in the choices I was making. Otherwise I would have been paralyzed by the fear of change and risk. I always remind myself of my capabilities and don't overanalyze on any shortcomings. Of course I have made plenty of mistakes along the way, but have grown tremendously from them, making me more and more confident along the way.

A startup is like a life raft, unlike an aircraft carrier, a bad person or two will doom the mission

Most startups die of indigestion not starvation

You need to know your business better than anyone else

Modsy is an online interior design service that delivers highly realistic 3D designs of your exact room filled with shoppable pieces of furniture from top brands you can virtually “try on” products and designs before you buy–starting at just $69. At a breakthrough price point, Modsy is providing visualization and design services that were once inaccessible to the masses and making it a no brainer purchase for any consumer on the market for furniture. Modsy provides unlimited revisions to your designs through its groundbreaking tools or by working directly with Modsy Designers. After finalizing a design, Modsy makes the check out process easy and gives customers access to exclusive discounts on their aggregated cart that easily pay back the initial design fee. Modsy’s name even comes from a combination of “modern design” and “easy”! Modsy’s mission is to change the way consumers imagine, design and shop for their homes.

Shanna is the founder and CEO of Modsy, a home design service that allows you to visualize design ideas in the context of your own home. Previously, Shanna was a partner on the investing team at Google Ventures. 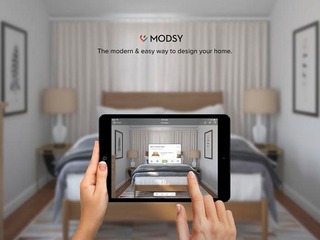 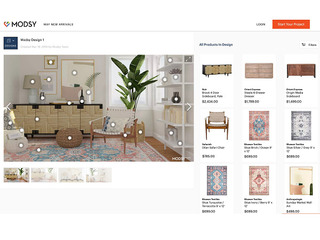